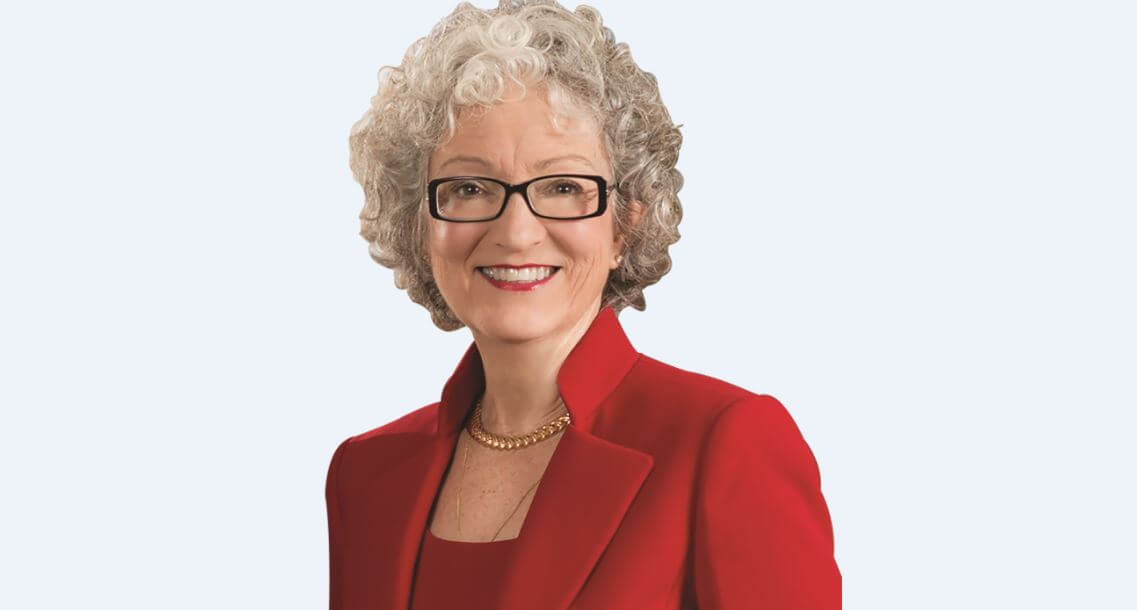 Marilea Lewis: Inspired By A Passion For Good Results

When family law attorney Marilea Lewis became a named shareholder at Godwin Lewis in 2012, she became one of the few women in history to hold that title at a major Texas law firm. The former district court judge joined the trial and appellate law firm in 2011. Becoming a named shareholder was both a surprise and an exciting challenge.

“It was truly a surprise to me – I had no idea it was going to happen,” she says. “I had worked closely with Marcos Ronquillo before he left and was very sad to see him go. I was just amazed that I was chosen as a named partner.”

The professional and leadership abilities of Lewis, a fifth-generation Texan originally from Waco, were further recognized by the firm when she was named its managing shareholder and chief operating officer in December 2013. In addition to these responsibilities, she chairs the firm’s family law litigation, where she leads a team of five attorneys, and arbitration/mediation practice groups.

Lewis feels that the family law team at Godwin Lewis is truly exceptional, and is especially proud that all of the attorneys in the group are board certified by the Texas Board of Legal Specialization. “We work on the whole gamut of family law cases,” Lewis notes. “Shareholder Carmen Eiker is an extremely talented trial attorney, and is actually board certified in both family law and in civil trial law. We went to law school together at Baylor,” Lewis added. “Shareholder Keeli Rule has a broad range of experience and has practiced criminal law and handles probate matters, in addition to family law. Senior attorney Lon Loveless has 10 years of experience and is a very good and discerning lawyer. Senior attorney Laci Bowman is our youngest attorney, also from Baylor, and is very bright and a wonderful writer.”

Along with being board certified in family law, Lewis is also an experienced mediator in both family and general practices. “Mediation can allow parties to regain control of their lawsuit; that is what I tell them,” she says. “Through mediation they can become actively involved in the process. If they go into the courtroom they surrender a lot of control … in mediation they can make agreements they believe to be in the best interest of their children without worrying whether they have sufficient evidence to prove a point. Hopefully, it is a non-threatening process and a much more relaxed setting than the courtroom.

“I always make the analogy that going into the courtroom, when you’re not used to it, is like going to the doctor’s office,” she continues. “You don’t know what the outcome is going to be and you hope that the doctor’s having a good day. It’s all the things you think of when sitting in the waiting room at the doctor; the courtroom can be equally as scary.”

Why did she choose Godwin Lewis for her return to private practice following her two elected terms as a district judge? “Don Godwin is one of the most dynamic individuals I know,” Lewis says. “This was an opportunity to create a family law section in a very dedicated litigation firm. It was just one of those very rare opportunities that happens perhaps just once in a lifetime.”

Earlier Years Lewis came to the firm following more than two decades on the bench. She served as judge of the 330th District Court in Dallas for eight years. Prior to that, she was an associate judge at the court for 10 years. She began her career in the courts as a master/referee of the 305th District Court in 1986.

Her Interest In Law Began as a Child “I was heavily influenced by my parents,” she says. “We watched ‘Perry Mason’ a lot when I was growing up. My father had wanted to be an attorney, but World War II kind of put an end to that. He talked about how wonderful it would be for me to be an attorney. I was very fortunate to go to Baylor as an undergraduate because it had an excellent law school and I was able to interact with law students. Law just seemed like the right career for me.”

Lewis always knew she wanted to be a judge. “I have a very dear friend who still teases me about the fact that I had been in law school only a year, and she asked what I wanted to do when I got out, and I said ‘be a judge.’ Although I loved the practice of law, I thought that I could do more for more people as a judge.”

Lewis went to work at a plaintiffs’ firm after completing law school, where she gravitated toward family law. “I thoroughly enjoyed the personal interaction in family law,” she says. “It was something I felt was a better fit for me. I was actually able to deal with the day-to-day problems of real people.”

As Lewis has returned to her private practice, she finds that it is this aspect that still pulls her toward family law. “I enjoy the people I have met as clients and litigants, the people I have had the opportunity to work with, my colleagues, my staff, everyone involved,” she says.

While she acknowledges that re-entering private practice after so many years on the bench has its challenges, including the continued use by some attorneys of “win at all costs” tactics, it also has its rewards.

“I hoped that the Rambo litigation tactics had stopped while I was on the bench, but apparently there are still attorneys out there who, sadly, think that is the way to practice law,” she says. “I believed that we had addressed some of those issues with the Lawyer’s Creed, but I don’t know that everyone owns a copy of it, quite honestly.”

Inspirational to Lewis, however, is looking forward to what each new day will bring.

“The thought of a new day keeps me loving this work,” Lewis says. “I love coming in and taking care of the matters and the clients that I have. I want to see good results for them and for the people at the firm. Being part of this team is a tremendous experience.”

Outside the Office Her passion for law extends outside the firm. Lewis is secretary of the Dallas Bar Association family law section. She is on the pattern jury charge oversight committee for the State Bar of Texas, the pro se forms committee for the Supreme Court of Texas, and belongs to a host of other professional organizations.

Beyond her professional circles, Lewis takes the time to give back to her community. She is a sustaining member of the Junior League of Dallas and was actively involved with the United Cerebral Palsy Guild. Lewis also belongs to La Fiesta de las Seis Banderas, an organization that provides funding for local schools. She is also active with her sorority, the Dallas chapter of Pi Beta Phi, and her church.

To unwind at the end of the day, Lewis enjoys yoga. In fact, she is a certified yoga instructor. While she doesn’t teach it in a classroom setting, she enjoys instructing family and friends in the discipline. She also enjoys traveling, dancing, cooking and, especially, spending time with her family. Both her daughter and son are attorneys, working in criminal law and family law, respectively. Lewis also has a nephew and cousin who are attorneys. Her husband works as a security consultant.

“I absolutely adore my family,” she says. “They are my pride and joy and they encourage me to be the very best that I can be. They support me unquestionably in all of my endeavors, with the possible exception of karaoke. I like to sing, but I cannot carry a tune in a bucket, so my family always discourages public performances that involve singing. My husband and I were at a charity benefit not long ago. I convinced him to attempt karaoke with me and we sang ‘Jackson,’ the Johnny Cash and June Carter Cash song. It was quite entertaining.”

Unquestionable support from her family has helped Lewis achieve her professional goals. She is also influenced by her favorite quote, “Where all men think alike, no one thinks very much.”

“I think it is true,” Lewis says. “We have to be challenged, think for ourselves and ask questions. If everyone thought exactly the same thoughts we wouldn’t be very progressive. We wouldn’t be challenged to move forward. It would certainly be boring. My mother’s philosophy is you can teach children to think or you can think for them; you may not like what they think, but as least they thought for themselves.”