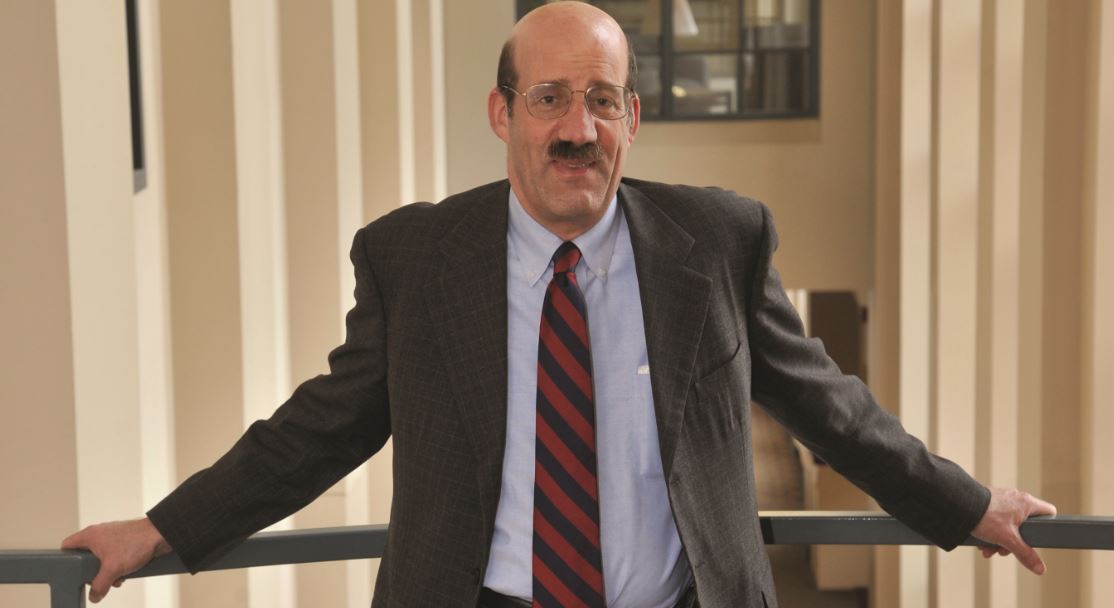 It takes a special person to lead during a time of great change. Mark C. Gordon, president and dean of the newly formed Mitchell Hamline School of Law, is the kind of leader whose humanity inspires belief and whose vision inspires conviction. In building the new legal education model for the 21st century, Gordon wants students to not only do well in their chosen careers, but do good in the world.

Gordon hails from New York City, and was a notable young scholar who earned his bachelor’s and master’s degrees from Columbia University and went on to graduate magna cumlaude from Harvard Law School. He recalled, “I had to pay my way through law school, and I did that teaching as a fellow in the Kennedy School at Harvard. I did it to make money, but discovered that I adored teaching. That experience always remained in the back of my mind.”

Early on, Gordon had his heart set on a career in government. He fulfilled that dream as a staffer to former New York Gov. Mario Cuomo, and then as general deputy assistant secretary for community planning and development at the U.S. Department of Housing & Urban Development in the Clinton administration. But he could not ignore academia’s siren call, which first lured him back as an associate professor at Columbia University School of International and Public Affairs. “I loved being able to get to know the students. It was exciting and intellectually stimulating. But I never in my life thought of being a dean or president of any educational institution.”

Perhaps the calling chose him. In time, Gordon accepted the role of dean and professor of law at University of Detroit Mercy School of Law. “I adored it. I had more fun than I ever expected to have. But the downside was that as part of a university, I ultimately reported to a president. I decided I wanted to be a president, and accepted the position at Defiance College in Ohio, where I served for six years.”

There, Gordon earned his reputation as an innovative educator bent on breaking down socioeconomic barriers to help students succeed. He served a diverse student population where more than 40 percent of incoming students were first generation college students, and he personally engaged with his students to bolster both their academic performance and belief in themselves.

When the search committee reached out to Gordon about the opening in St. Paul, he was intrigued by “the innovativeness of the faculty, and the way the school focused on access and opportunity and practical legal education. The new Hybrid Program really interested me, not so much because of technology, but because it was always the school’s mission to reach out and expand access to legal education, and technology was a way to do that. Also what attracted me here was that I knew serious talks were going on to combine Mitchell and Hamline Law. I thought, when in your life do you get the opportunity to create the law school of your dreams?”

Gordon enthusiastically accepted his new post and spent his first semester working with the board, alumni leaders, and the faculty and staffs of both schools as they worked through the American Bar Association’s acquiescence process. The schools legally combined in December 2015, opening the door to a groundbreaking new chapter in legal education.

Gordon’s vision for the law school of the 21st century is one that prepares students for the jobs of the 21st century. It is a departure from the curriculum established by Harvard Law School Dean Christopher Columbus Langdell, which has remained the prevailing standard for legal education since the 1870s.

“The legal practice is changing in incredible ways and with astonishing speed,” Gordon said, “and legal education needs to change with it. That’s why we are borrowing from the medical school model and creating residencies for students in their third year. That’s why our students will get client contact from day one. That’s also why we’re creating separate tracks for students who may want to use their legal training to be entrepreneurs, CEOs, or to work in government or nonprofit sectors.”

To that end, Mitchell Hamline is redesigning the way a law school delivers career services. Gordon continued, “As soon as a student is admitted, we start working on what we call a personal career plan. Students will work with a team of people that includes faculty, alumni, emeritus faculty and members of the legal and business communities. They may choose from a variety of specialized courses and clinics, internships and externships, journals, student activities and networking opportunities with leaders in business, law and government, all designed to help each student create an educational experience tailored to their career goals. A key component of the personal career plan process is connecting our students with our extensive alumni and mentoring network.”

At the end of each semester, every student not only will receive a transcript that reflects how well they did on their grades, but they will also have a dashboard that shows how well they are doing in terms of their career plan.

Gordon has assembled a national advisory board made up of legal practitioners from major firms and general counsels from large corporations around the country. “They are helping us create this new model of legal education, and they are also a phenomenal network for our students who may be interested in big law practice in major firms in other cities. If they want to practice in New York or California or any place in between, we can link them with alumni or other contacts in those areas. We have a thriving legal market in Minnesota, and also one that reaches across the country since so many Twin Cities firms are part of national firms and so many Fortune 500 companies are located here.”

Mitchell Hamline is also revolutionizing the legal education model by providing unmatched access. “We are the only law school that has four different ways a student can attend: full-time; part-time evening; part-time weekend; or through our Hybrid Program, which combines on-campus and online learning. We are the only law school to whom the ABA has granted a variance to offer this kind of hybrid learning. Students spend one to two weeks on campus every semester. Everything else is done online. The rigor and intensity are just as high as in our traditional Juris Doctor program – we just do it in a different way. For every online course, students have to submit a work product every week so they are always getting grades and feedback. They are also interacting a phenomenal amount with fellow students and faculty. The demand for this program is tremendous.”

In addition, Mitchell Hamline is beginning to offer a series of online certificate programs for lawyers and non-lawyers. The cybersecurity and privacy law program – which starts this fall, pending ABA acquiescence – is already attracting registrants from the United States and abroad, and more programs are being developed in other emerging areas of law. “Many of the legal jobs that today’s students will be doing 20 years from now don’t exist today. We’ve had a great response to our cybersecurity program, but it’s an area of law that really didn’t exist just 10 years ago.”

Gordon is also intent upon redefining the role of a law school in the community. “Part of this is happening through online programs that train people in the community who are not necessarily lawyers. A good example is our Child Protection Program, which I think is about to become a national leader in this field. We are moving toward creating a national model to train lawyers and non-lawyers involved in the child protection process. We also want to get involved in offering dispute resolution services to help mediate community-based issues. We plan to get an RV and outfit it as a mobile law office, which will bring together students and local attorneys to provide legal services to low-income people. I’m hoping to call it the ‘Wheels of Justice.’”

Gordon calls all of this the “J.D. plus.” Students who attend Mitchell Hamline will receive a rigorous legal education enhanced by practical training to position them for the job market, options to receive special certifications from nationally ranked institutes, the support of qualified external mentors, enduring mentoring relationships with faculty, instruction in cutting-edge legal theories and access to a vibrant legal community in the Twin Cities and around the country.

A passionate leader and educator, Gordon is committed to shaping tomorrow’s legal problem solvers through equality, access and opportunity. He makes it a point to forge personal connections with students. They all have his personal cell phone number, and he meets with them frequently to go out for ice cream. “A big part of my job is helping students get their jobs,” he said. “The better I know each student personally, the more effectively I can advocate for them with employers. And that’s what I love to do.”