Matt Ballew and John Taylor: The Common Thread That Binds 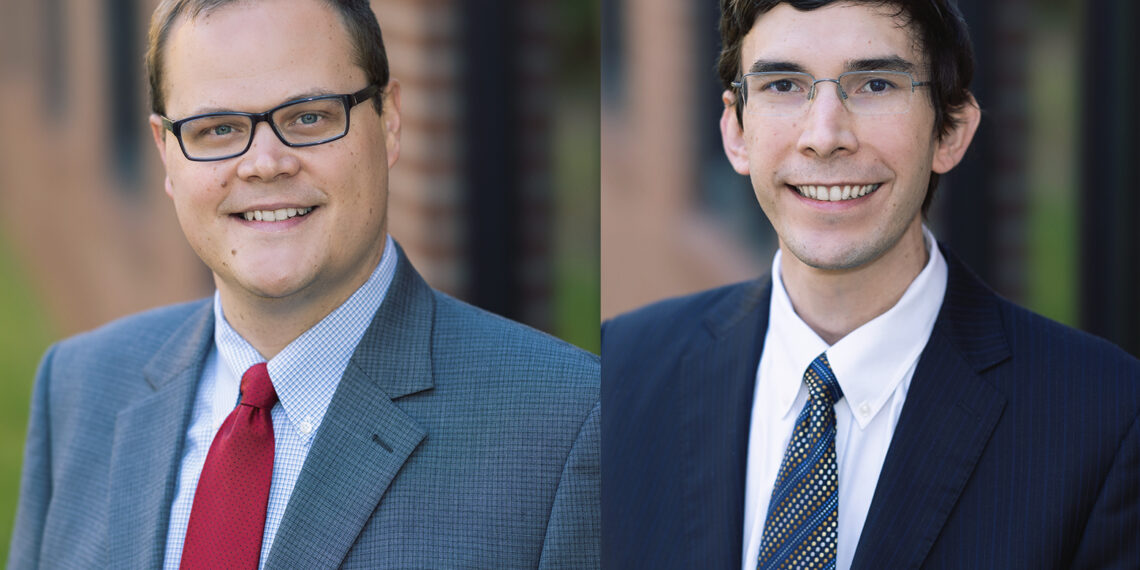 “We like to consider ourselves the messengers of truth,” said John Taylor, a partner at Zaytoun, Ballew & Taylor. “I think that’s important that we are the ones fighting to show the complete and accurate story of the events that happened, and so we’re for bringing the truth to whoever the decision-maker is, the judge or jury.”

“We represent great clients who have meritorious cases,” said Taylor. “The common thread that binds the matters we work on is that an injustice has happened to someone. They have been either physically harmed from the careless acts of another or been financially trampled on by some greater entity, that could be the government or the hugely powerful insurance industry. A significant wrong happened, but these clients cannot achieve justice themselves.”

For example, in April 2019, they obtained a $5 million jury verdict for a young man who suffered a mild traumatic brain injury in an interstate highway collision.

Standing on the Bill of Rights

“I love cases that have an impact on our entire state’s jurisprudence,” said Ballew. “We handle significant cases. We know there’s a responsibility that sits on our shoulders in these cases, we look at them as an opportunity, and even a duty, to make good law for everybody else out there.”

As Ballew explains, representing a citizen whose civil rights have been violated by law enforcement excessive force or other misconduct are a perfect example. “It’s not hyperbole to say that in those cases, we are standing on the Constitution, on the Bill of Rights that our founding fathers put into place as the very foundation of this country. We tell the jury that the Fourth Amendment is meant to protect us all.”

To that end, ZBT won an $8.3 million jury verdict in 2019 for a man who was shot in the hand and the knee by Wake County Sherriff’s deputies. It is believed to be the largest police shooting case verdict in North Carolina history.

The firm represented five different citizens who were victimized by multiple Harnett County Sheriff deputies, one of whom shot and killed a man after the deputies entered the man’s home at night without a warrant. On the eve of another federal jury trial in July of this year, the insurance company for the deputies agreed to pay a $6 million settlement, the full extent of the liability coverage available.

The cases garnered national and state-wide media attention. “Cases like those help send a message that rogue law enforcement officers can no longer invade the rights of ordinary citizens with impunity. Even if the criminal courts don’t hold them accountable, we will use the civil system to bring them to justice,” said Ballew.

‘Those people are trial lawyers’

Matt Ballew is from the small town of Marion, NC, in the western part of the state. Before he earned his Juris Doctor from UNC School of Law, he was a history and political science major at NC State, where he developed a passion for Greek and Roman military history.

“There are parallels for sure,” Ballew said. “For us, there’s a tactical way of thinking that goes on both inside the courtroom and during the case as a whole. Litigation is often a series of skirmishes and maneuvers against the other side, as we strive to bring the merits of our case forward. One of our philosophies here is to be mindful to, as some people call it, ‘pick your battles.’ I like asking, ‘is this a hill we want to die on?’ From day one, we litigate a case with an eye toward trial.”

John Taylor grew up in Chapel Hill. His father, Dick Taylor, was the long-time executive of the NC Advocates of Justice. Taylor was raised around personal injury attorneys, and while becoming one wasn’t his childhood ambition, his father’s colleagues made an impression.

“I think it was formative to be raised around trial lawyers because I always knew that there were people out there who stood up against the wrongs we face in our society. It was empowering to know that, after a wrong has been committed, there are people who can do something about it, hold the wrongdoer accountable, and keep it from happening again. Those people are trial lawyers,” said Taylor.

“We have worked very hard to make sure the insurance companies and defense counsel on the other side of the case know from the outset that not only will we try this case, we’re going to be very good in the courtroom and we’re going to do a very good job for our clients,” said Ballew.

“We want to break the mold of what is the conventional wisdom about what cases are worth. We don’t care what the insurance company or the defense lawyer says this case is worth. The case is worth as much as that jury who’s in front of us and has been with us through that trial will say it’s worth,” added Taylor.

ZBT welcomes co-counsel opportunities to act as lead counsel on cases that it considers to have merit.

“From the moment we pick up the phone with a lawyer who says they might want us to come in and take over a case or they want to refer a case, we are already thinking how is this case going to be tried in front of a jury, what are the case strengths, and what are the legal issues and potential pitfalls that could very likely find themselves in an appeal,” said Ballew.

“We do all our own appellate work. If we get a great verdict in a case and the defense says they’re never going to pay, that they’re appealing it, we’re ready to go right then and there and handle every single aspect of that appeal,” said Ballew.

“One of the great joys of practicing law for us is working alongside the lawyers who refer us a significant or complex case,” Taylor said. “We are honored that they have faith in us to be lead counsel, but we also see it as an opportunity to work together in a true partnership.”