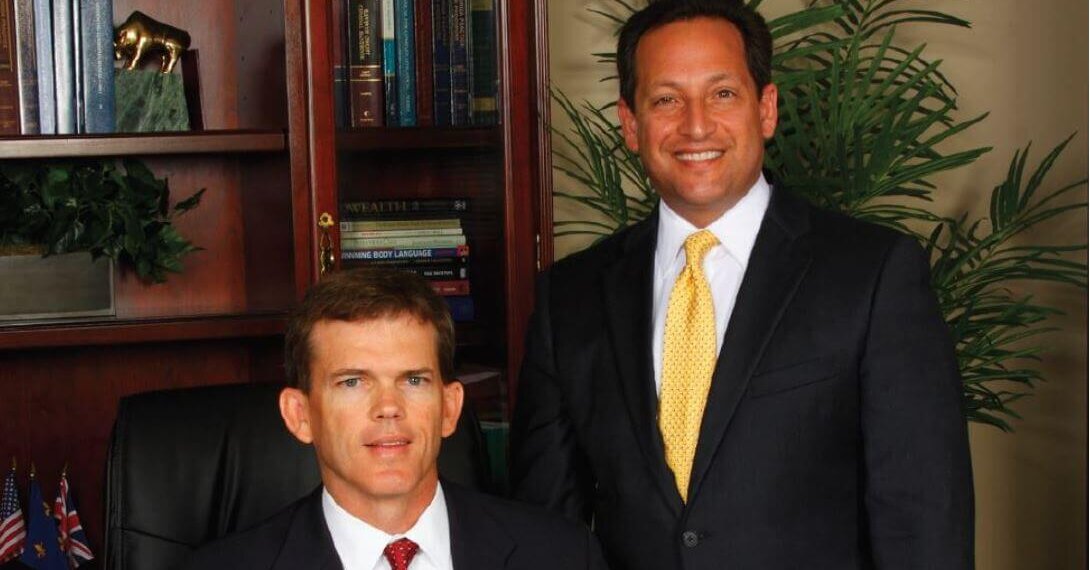 “We are dedicated to providing outstanding legal services to clients, finding efficient and creative solutions to problems, and presenting well-prepared arguments to courts, juries, and arbitration panels,” said Rabin.

“Our experience and background make the firm well-suited to handle complex disputes, and our size and efficiency allow us to work on creative fee structures,” noted McCabe.

Since the firm was founded, it has grown to nine lawyers and staff. Devoting its time to three niche practice areas: (1) representing investors in FINRA securities arbitration and litigation matters against Wall Street brokerage firms, (2) representing whistleblowers, known as “qui tam relators,” in Federal False Claims Act cases, and (3) representing business people and small companies in business litigation matters, the firm represents an array of clients in various complex matters.

“I enjoy our specialty areas of practice because I still feel like a prosecutor,” explained McCabe. “We represent victims and litigate to help people who were wronged in some capacity, whether through a fraudulent investment, government fraud, or by a bad business partner.”

The firm has earned a high reputation among its peers. Indeed, many of the firm’s best referrals have come from lawyers that McCabe Rabin has previously opposed. Rabin credits this to the firm’s efforts to strike a balance between zealously representing its clients and showing respect and professionalism toward opponents, witnesses and the courts.

Over the years, McCabe Rabin has been involved in a range of complex litigation. Recently, one of their cases that began as a typical partner breakup resulted in much more.

“We handle a lot of business divorces,” noted Rabin. “In this particular instance, we represented a few physicians who were breaking away from their medical practice and were owed back compensation. During discovery, we learned there was more to this case than we had previously thought, including potential Medicare fraud.”

Because discovery revealed claims for fraud upon the federal government, McCabe Rabin filed a separate qui tam case against several companies, naming their individual clients as the whistleblower plaintiffs. “We filed the case under the Federal False Claims Act, which allows persons who have original knowledge of a fraud upon the government to file an action on behalf of the government, and receive a portion of any damages recovered,” said McCabe.

Under the False Claims Act, whistleblowers must present their case persuasively to the Department of Justice and the U.S. Attorney’s Office. McCabe believes his experience as an Assistant U.S. Attorney helps in this regard. “The process is similar to what a line prosecutor goes through before indicting a case,” he explained. “You investigate the case and then prepare a detailed outline of the charges and the evidence supporting those charges. My training as a prosecutor has translated well in the qui tam area.”

The qui tam case that the firm filed on behalf of the physicians settled for $3.1 million twenty months after the case was filed.

Since 2007, the firm has devoted substantial time and effort to community service and bar work. The partners are especially proud of the tradition they have started to honor Constitution Day, which is celebrated on September 17, the birthday of the U.S. Constitution.

“Every year, McCabe Rabin hosts an event called ‘America Reads the Constitution,’ during which the Constitution is read aloud to a public audience of several hundred people including judges, lawyers, teachers, war veterans, public officials, and school children,” said Rabin.

“We get a broad array of people,” said McCabe. “Last year, we had an ACLU board member read back-to-back with a Tea Party board member.”

This fall, Palm Beach County will host one of the three Presidential debates. In conjunction with the Palm Beach County School District, the firm has selected a President-themed essay question to get students thinking about the role the President plays under the Constitution: “Which presidential power is the most important and why?”

“The reading and entire event are moving,” said McCabe. “It is quite poignant to see school children sitting next to judges and elected officials, all focused on honoring and learning more about our Constitution.”