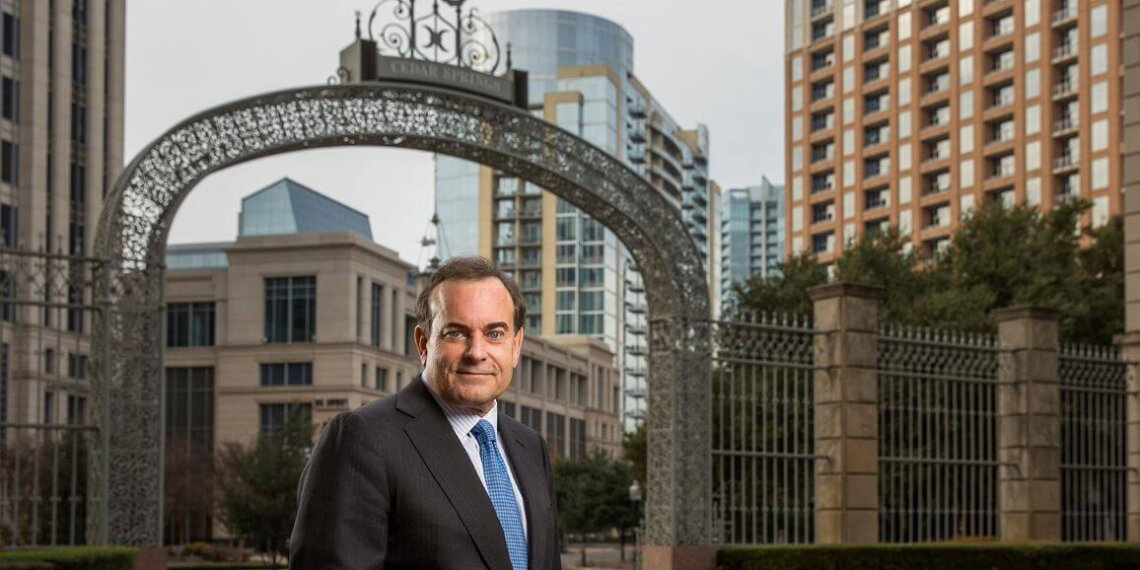 Mike McKool, founder and chairman of McKool Smith, says he came close to choosing a career in anthropology over a career in the law – a decision that would have left the legal community without what the Wall St. Journal calls “one of the biggest law firm success stories of the past decade.”

Although he had grown up in a family headed by a lawyer and was expected to enter the family business, McKool at first went in an entirely different direction, becoming an anthropology major in college. The decision to enter the law was a close call.

He says, “It was a coin toss as to whether I was going to become an anthropologist or go to law school. As I was finishing college at Notre Dame, I think my decision was based on the immediate draw of going to Austin for law school rather than going to Chicago for graduate school in anthropology. I feel like I made the right decision.”

The legal community and the media agree. The firm he co-founded with Phillip N. Smith, Jr. is recognized as a national leader in its practice areas by such ranking organizations as the U.S. News Best Law Firms, Chambers USA, the Legal 500, Benchmark Litigation, Chambers Global, Law 360 and many others.

McKool Smith, founded in Dallas in 1991 with a group of 13 trial lawyers, now employs 185 attorneys in eight offices across the country. The firm’s practice areas include commercial litigation, intellectual property litigation, white-collar defense and bankruptcy. Patent law contributes significantly to the firm’s caseload.

“I’m surprised about where we are today,” McKool says. “In 1991, I couldn’t have imagined having a firm this large and with a national scope.”

Turning Points to Newer Directions Prior to co-founding his own firm, McKool was the head of litigation at the Dallas firm of Johnson & Gibbs, which was founded by Johnny Johnson, a man he considers a mentor. He left in 1991 with Smith to form McKool Smith.

The two sought a new direction when they saw a need in the market for alternative and contingent fees in business cases.

“We hit the ground running and were startled by the amount of business we were able to generate. We really worked hard. We have always been very committed to our clients. We grew simply to meet the demand for our services.”

By 1995, the firm employed approximately 25 attorneys when it faced a turning point – the increasing number of patent cases being filed in Texas. The Eastern District of Texas became a busy forum for patent cases largely due to Texas Instruments suing its Asian competitors there. McKool Smith found itself engaged in a number of cases – as the courtroom contingent paired with patent specialty firms – to litigate in the Eastern District of Texas. That practice area grew until the firm became what many are calling the leading patent enforcement firm in the country.

A turning point arrived in 2000 when McKool realized the firm would benefit by developing its in-house technological abilities. “We started by hiring four talented patent lawyers in our Austin office, and today we have more than 60 scientist and engineer lawyers on our technical bench, many of whom are also very good courtroom lawyers,” McKool says.

“We were lucky to be located in Texas – for several years the number one bench in the country for patent law. That happened not because plaintiffs tended to win more; it happened because the judges adopted rules which allowed for speedy trials. Every plaintiff wants to get to the end of the day quickly. And you had predictability because you had judges who were very skilled in patent law. When the venue rules changed and it became much harder to choose the venue you wanted, we made the decision to expand nationally. We opened a Washington office, a New York office, offices in Los Angeles, Silicon Valley and several cities in Texas because we felt we couldn’t maximize our potential if we were viewed as a regional firm. We feel good about that decision; it’s been successful.”

The new direction has indeed proven to be a successful move for the firm. The IP research firm Lex Machina reported that McKool Smith has recorded more collective damages in patent litigation since 2000 than any other firm in the nation. According to the National Law Journal, McKool Smith has garnered more Top 100 Verdicts in commercial and patent cases than any other firm in the country over the last seven years.

McKool and his team know that patent law is undergoing change. “We have to be agile. One of the things I think we’re good at is looking at the horizon and making decisions before we find ourselves in a changed world.”

He cites the firm’s record of success as an edge in attracting business, but notes that the reason for all that success is hard work. “We’re always asking if something could be done better, and if it could be better it needs to be better regardless of how much time it takes or how much sleep we lose. Our clients appreciate it. We have clients who have stayed with us since we opened our doors. We handle virtually all of their litigation, and these are sophisticated users of legal services. You don’t keep them as clients over time without satisfying them.”

Finding Balance Between Two Directions McKool says he has two jobs. He is the founder and chairman of a business, and that requires taking the lead in making the decisions of running a business that is national in scope. But he is also the lead lawyer on cases for many clients.

He has found a way to achieve a workable balance between the two separate occupations. He and his partners have built a team of trusted professionals who know how to take charge when one direction requires the chairman’s full attention.

“When I get down into a case that’s going to trial, I don’t even think about firm management issues. I leave it to others. They may call me in the evenings for my two cents, but I’ll trust them to handle it. When it’s crunch time, the clients’ needs have to come first.”

In terms of self-image, McKool thinks of himself more as an attorney than as a manager. “I’m very proud of the law firm, so I get a lot of pleasure out of being part of a successful organization, but in terms of just the doing of it, I like being a lawyer. I’ve never left that. I consider what I do as a lawyer as my job and management as something that I just need to do to make this organization run well. I mean the trial practice is hard work and sometimes it’s exhausting, but I enjoy the challenges of litigation.”

Management by Consensus McKool says he prefers to manage by consensus and adds that some would say he is too interested in the views of others, but when dealing with highly-charged professionals about issues important to them, consensus is a necessary element to promote success for the organization.

McKool is willing to forebear on his own instincts when he can’t build consensus among his partners. He says that this approach is one of the reasons the firm has maintained such a stable group of attorneys throughout the years.

On a personal level, McKool expresses a “this too shall pass” attitude about both the good and the bad of managing a business and being lead attorney in court. “You can’t think that whatever is happening in the present is going to continue into the future, even from one day to the next in trial. Keep things in perspective. In terms of getting me through a hard decision – do the right thing. Even though it might be hard, even though it might be painful, even though it may be economically negative in the short run, do the right thing.”

McKool credits the development of much of his personal and business philosophy to his role models, chief among them his father who was a trial lawyer. “He made me go to work with him every day during the summers. I probably saw him try 50 cases. He was the hardest working man I ever knew.”

Other cited role models are his partners in the firm. “There are things about them I admire very much, and they’re models for those attributes. They don’t have to be my age or even half my age if they demonstrate some admirable quality.”

He also credits his opponents. “I don’t make it personal with my opponents, ever. I respect what they do, and I usually end up being friendly with them. Some of my best friends are lawyers I’ve tried cases against. I learn from them in the courtroom and in the way they conduct themselves personally.”

Personal Directions McKool is married and has three children. He and his wife, Erin, actively support Vogel Alcove, a Dallas based charity providing education and child care for children of homeless parents who are applying for jobs, going on job interviews and seeking to improve their lives through work. Erin is the Alcove’s immediate past chairman.

McKool is an avid off-road motorcycle racer. “It’s been a passion all my life.” He owns an 1800 acre ranch southwest of Dallas that includes 40 miles of cross country motorcycle trails and a motocross track.

McKool plays the classical guitar and especially enjoys taking on the challenge of learning new music. “There’s something special about learning something new, especially if it’s difficult. I enjoy activities that require me to concentrate,” he says.

It’s an approach McKool takes to his personal and to his professional life. “I’m driven when it comes to my work. I require myself to be completely in command of the facts and the law in preparing every case,” he says. 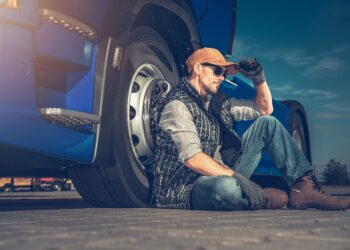 What You Need to Know About Truck Accident Claims