Patrick McNicholas: The Law Is In His Blood 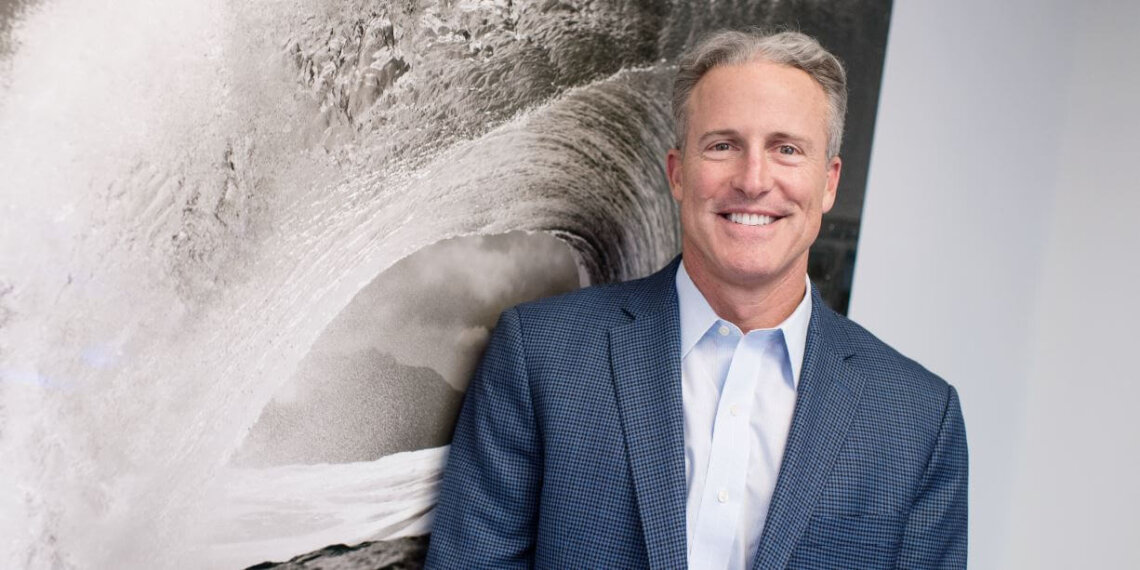 McNicholas began his professional life as an intern at the White House in 1986. There he was tasked with manning the Xerox machine and running out for coffee and lunch.

“It wasn’t glamorous,” he says. “But I was able to interact with the cabinet members and work alongside the men and women influencing this country. Looking back, I wouldn’t trade that experience away for anything.”

At the conclusion of his internship, McNicholas returned home to Los Angeles ready to pursue private practice.

“My father has always been a strong influence in my life,” he says. “It was only natural that we take the next steps together and launch Mc- Nicholas & McNicholas.”

According to McNicholas, he found life as a plaintiff’s attorney came naturally to him. “I’d seen my father in that role my whole life,” he says. “I’d seen him practice and listened to his advice and when it came time, it all clicked together for me.”

The firm was founded in 1993. Since, it has grown to 13 lawyers, including McNicholas’ brother, Matt, and his sister, Courtney.

“There are seven of us siblings altogether,” McNicholas says. “Three of us became lawyers. I think it’s because we didn’t really know anything else.”

Beyond the family, the firm is supported by a growing group of litigators, who have expanded the practice from personal injury and employment law to cover class actions, sexual abuse and products liability.

“My father always said that litigation was the way to go for an attorney. Further, he said representing the plaintiffs is both more challenging and far more rewarding,” McNicholas says. “My experiences throughout my career have certainly shown that to be true.”

The firm works almost exclusively in litigation — taking hundreds of trials to verdict. Over the past two decades, the firm has garnered many multimillion-dollar results including a few marked as the largest results in the state of California.

“I’m proud of the work we’re doing,” McNicholas says. “Whether we’re representing a local member of the community or a celebrity, we treat our clients equally. They all deserve their day in court. They all deserve justice. We don’t take that duty lightly.”

THE CASE THAT CHANGED IT ALL

It is sometimes difficult for attorneys to select one case from the hundreds that impacted the way they practice law and their perspective of the practice of law. According to McNicholas, each case brings something new to the lawyer — sometimes it’s the subject matter; sometimes it’s the issues involved or the effects of the outcome; and sometimes it’s the plaintiff and their magnitude for loss, courage and strength.

With that being said, McNicholas recalls a specific case involving a sexual abuse accusation made by a boy who had been abused by a former soccer coach and teacher.

“The school district denied responsibility on the basis that only one instance of abuse occurred on school grounds, despite the fact that the abuse occurred over a span of a year,” McNicholas says. “The district told the jury it was a parenting issue. The jury returned a record-breaking verdict in the boy’s favor. The outcome was especially rewarding as the family felt as though justice had been served; a wrong was made right and a spotlight was put on an issue that had long been kept secret.” That case truly encompassed all the factors that can move an attorney to continue their client advocacy and passion for helping a person in need.

Back in his days working at the White House Conference, McNicholas witnessed public service up close and personal. While the practice of law isn’t exactly the same, Mc- Nicholas believes that it comes with similar responsibilities. In his role as a plaintiff’s attorney, he is able to help his clients achieve positive results in the courtroom and hopefully prevent more wrongdoing in the future.

Despite the good deeds of his career, McNicholas still felt a calling to do more. In 2005, he found the right outlet.

Together with Don Morgan, a fellow member of the University of San Francisco trustee board, McNicholas launched Urban Compass.

Urban Compass is based in Watts, two square miles in the heart of Los Angeles. the population is just under 35,000 people, giving the neighborhood the top slot as one of the most densely populated neighborhoods in L.A. as well as one of the poorest. the organization provides access to education systems and a pathway to a positive future for youth in the area.

“Education is the key to a strong future,” McNicholas says. “One of my biggest hopes for my own future is being able to put my children through college and set them up for success. By empowering these young people to achieve an education, Urban Compass is setting these kids up for success as well.”

After a decade of service to the community, Urban Compass is garnering awards and attention. McNicholas and Morgan stay active members to this day.

the organization has provided children from second grade forward the opportunity to safely engage in an environment they can thrive in, not just survive.

“The future for Urban Compass is wide open with an unlimited opportunity to effectuate transformative change in urban areas,” McNicholas says.

“We are in the beginning stages of looking for additional Urban Compass sites for the areas in need in the greater Los Angeles area,” he continues.

Sitting back in his desk, McNicholas shares about his vison for the firm. Rather than adding pinpointed office locations across a map or erecting offices overflowing with lawyers, he plans to grow the firm intellectually and practically.

“We have a strong group of well-focused attorneys,” he says. “the key to our success — and the success of our clients — isn’t in adding numbers; it’s in maintaining our level of expertise and growing our knowledge in our practice areas.”

Personally, McNicholas plans to continue grooming his own practice. “In my time, I have seen my fair share of injustices. I’ve also had many opportunities to see justice win out. My goal is to keep improving so we can keep the powerful institutions in check. Citizens should have a voice and the ability to effect change in these organizations.”