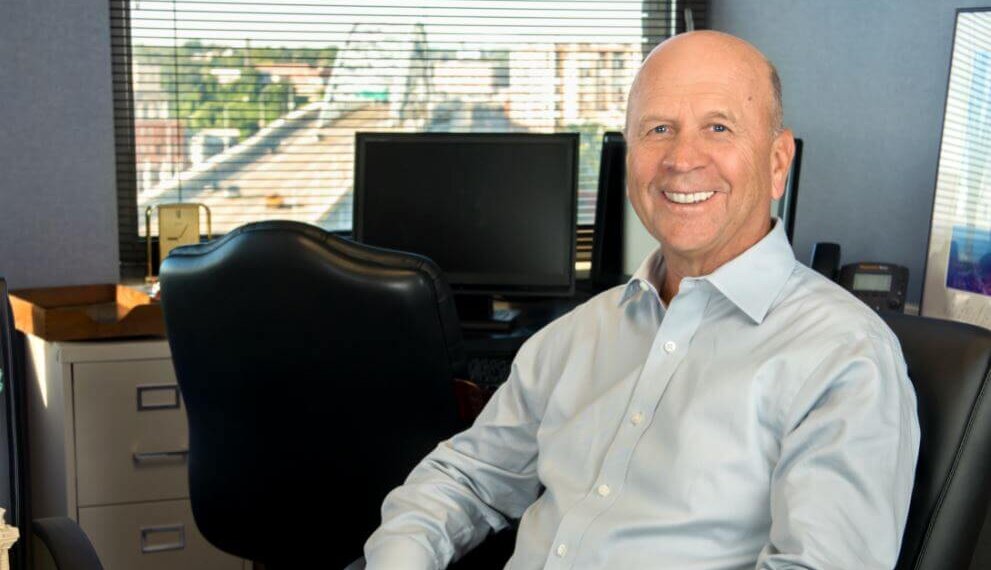 Trusting someone with your life, your loved ones and your livelihood is difficult under the best circumstances. Now imagine finding yourself facing a government and country where you are unfamiliar with the laws, and you stand on the precipice of being detained or deported, need a visa or are seeking asylum and need help with naturalization. There are few attorneys in the world with enough knowledge and experience to help those who find themselves in these situations, but attorney Robert L. “Bob” Brown, founder of Robert Brown LLC, has spent his adult life immersed in U. S. immigration and nationality law. His unique background and insight have led him and his firm to the forefront of this complicated practice area.

Brown spent the first 27 years of his professional career moving up the ranks through the Immigration and Naturalization Service (INS) from a special agent in New York City, to deputy chief of investigations at INS headquarters in Washington, D.C., all the way to the top as a regional director. Since retiring from the INS, Brown has spent nearly 16 years as a private practice attorney focused on U.S. immigration and nationality law.

After earning his bachelor’s degree in business administration, Brown applied for a job to work with the federal government and took the federal service entrance exam. Intent to become an auditor or accountant for the Internal Revenue Service (IRS) with his background, he was surprised when he got a call for an interview with the INS.

“For some reason, I had it in my head that I really wanted to work for the IRS as an accountant and wrote in IRS ACT on the line asking which department I was applying for,” explained Brown. “The INS agency called me for an interview; they must have read the letters wrong or I had really bad handwriting. Either way, I was called to interview as an INS agent! But, looking back, everything worked out as it should. I loved nearly every moment of it.”

When he was a newly hired agent working in New York City, Brown was assigned to work with a seasoned partner prior to being sent to basic training. During his time in New York, he was introduced to many aspects of his new position and gained invaluable knowledge about dealing with people from all walks of life.

“It’s amazing, but one of the most important life lessons I could have ever learned and one which I strive to incorporate into my daily life, came from an unlikely source within the first few months of my professional career,” reminisced Brown.

About three months after joining INS, Brown was sent to basic training in Los Fresnos, Texas, where he learned more about immigration law and how to speak Spanish. One evening, several of his colleagues and he went across the border into Mexico for a social evening.

“My colleagues and I were sitting around a table swapping stories and blowing off steam one night when a fellow patron tapped me on the shoulder and said, ‘I know you.’ Needless to say, we were all a little jumpy and I explained that it wasn’t possible because I had never been there before,” recalled Brown. “He insisted though, and explained to me that I had arrested him in New York and had him deported back to Mexico. He continued by saying that my partner and I had treated him with great respect and asked if he could buy my friends and me a drink. That single gesture ingrained itself in my mind and going forward, I always did my best to treat people with respect regardless of the circumstance.

“The probationary year with the INS was grueling,” Brown continued. “My wife, Mary Ellen, and I put off getting married because we needed to make sure I kept the job. I had to learn how to read, write and speak Spanish fluently to communicate with potential immigrants. I was never good with languages, so it was a real possibility that I could have been kicked out that first year. Luckily, I had enough incentive and have now been happily married for 42 years.”

For the next 27 years, Brown honed his skills and worked his way into the top echelon of the INS executive team. As he neared the end of his tenure, Brown had to decide how to adapt his in-depth knowledge of immigration and naturalization into a new career.

“My grandfather graduated from New York Law School in 1900 in a class of 12 students and practiced as an attorney for years; whereas, my father never even got the chance to finish high school before he enlisted to serve the U.S. Army Air Corp in WWII. His dream was always for me to become an attorney and continue in my grandfather’s footsteps,” recalled Brown. “My father had recently passed away when I was nearing my mandatory retirement age from INS. I was sitting in my office one afternoon thinking about my future and how he had always encouraged me to explore the law in a different way. Looking at Cleveland-Marshall College of Law, I just decided to go for it.”

Accepting his new role as an attorney outside the INS, Brown gained a new perspective on the whole immigration and naturalization process.

“Working within the INS, I had to manage so many different people’s cases that I often found I couldn’t help anyone enough,” said Brown. “Being an attorney, I can directly help individuals and advocate on their behalf drawing on the insider working knowledge of the principal immigration agencies.” While he began Robert Brown LLC, as a sole practitioner, today Brown heads up a firm of five immigration and naturalization attorneys, including his daughter, Erin.

Although he has been practicing law for quite a while, Brown still enjoys novel cases that involve slightly different issues and creating new legal arguments.

“I’ve worked in the field of immigration law spanning five decades now and have participated in literally thousands of cases, many of which have struck a chord with me and either challenged me in a new way or had such amazing outcomes that I will always remember them,” Brown said. “I find the most satisfaction from cases that result in keeping families intact.”

Noting that each of his cases contain their own unique set of circumstances, Brown approaches each with a targeted approach that is most likely to gain positive outcomes. He is relentless in his preparation, beginning with an in-depth review of the facts with his clients. This is followed by a review of applicable law, comprehensive assembly of available evidence and step-by-step presentation to the deciding official.

“I am humbled by the enormous trust that my clients place in my hands to help them navigate a foreign legal system,” Brown said. “My goal has always been to approach my role as client advocate via the best route possible whether it’s acting as a mediator or creating novel legal arguments.”

No matter the case or issue it represents, Brown stresses the value of patience. There is no way to speed up the process; it’s time consuming and sometimes overwhelming. But, ultimately, the results can be well worth it.

Looking to the future, Brown plans to keep practicing until he no longer enjoys it, something he does not anticipate. Brown enjoys spending time with his wife Mary Ellen and hopes to spend many more happy years together with her and continue to enjoy the challenges of his legal practice.