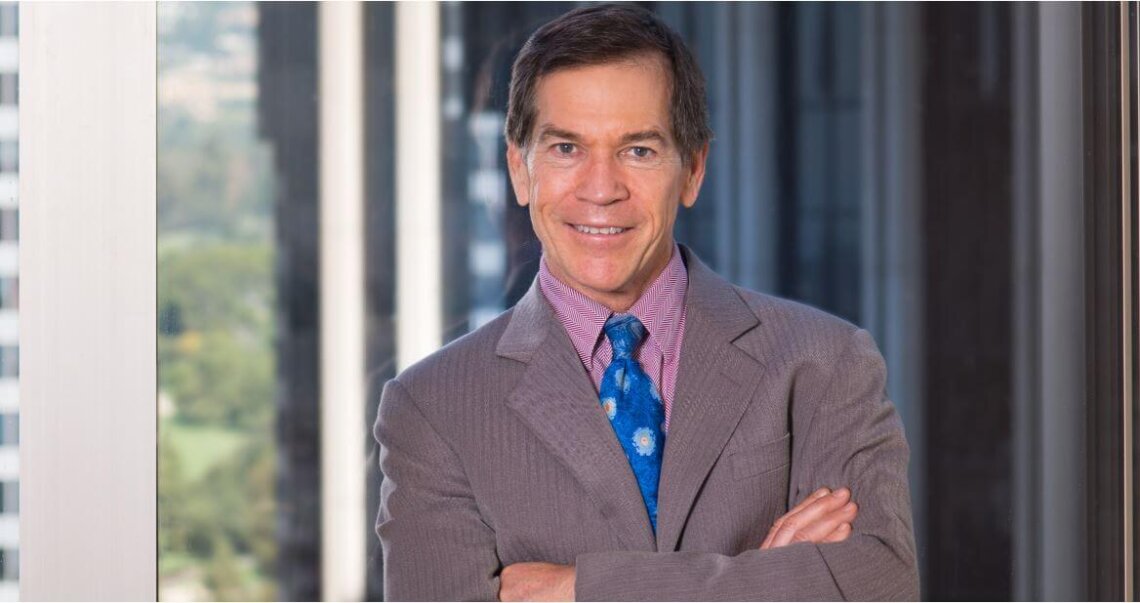 A man who lives life full throttle, Schuyler “Sky” Moore also seems to be a study in contradictions. On one hand, as a partner in the corporate entertainment department at Stroock & Stroock & Lavan, he’s a dominant figure in the world of entertainment. His client list reads like a veritable Who’s Who including producers, sales agents, foreign distributors and financiers, and he’s been responsible for handling some of the largest financing transactions in Hollywood. Moore is the author of “The Biz,” “Taxation of the Entertainment Industry,” and “What They Don’t Teach You in Law School.” He has a regular Forbes blog, is a frequent speaker at seminars, has written about 100 articles, and has his own You- Tube channel with courses on the entertainment business. On the other hand, noticeably absent from his life is a television, interest in movies or even attendance to concerts.

His business dealings are by nature detail oriented, highly complex, and require an astute mind cognizant of myriad risks; yet in his personal life there seems to be a notable lack of the fear gene.

Revving It Up His “babies” aside from his very accomplished daughters Merritt and Schuyler, both graduates of Harvard, are his collection of 10 classic motorcycles. This fourth-generation attorney has only recently bought a car (to carry his surfboard), but rather rockets to meetings, hearings, and even the Cannes Film Festival on two wheels. Moore’s passion for speed, thrill and adventure began at an early age. And, despite more than 30 accidents, resulting in surgeries, broken bones (including his neck), the loss of his spleen and almost bleeding to death, he isn’t planning on slowing down.

“I’ve actually been in the hospital while itemizing the parts I’ll need to get my bike back up and running,” he said.

Riding since age 14, he claims that owning this amazing collection of motorcycles is a dream come true; they are mostly rare race bikes he coveted in high school.

Pushing the envelope seems to come naturally to Moore who, in addition to his passion for motorcycles also loves snowboarding and is a self-described “surf fanatic,” recently catching waves in Bali and Mexico. Somewhere along the line, he also managed to get licenses to be a pilot, to free-fall parachute and to hang glide.

Born in New York, Moore was 10 when his family made the move to the West Coast, his father assuming the role of counsel to Carnation Company. Given his fervor for surfing it would seem an ideal match, yet Moore still considers himself an “East-Coaster.” Many might assume that as the fourth generation to enter the legal profession, Moore did so following in his father’s footsteps. Not so, he claims.

“Actually, it was my early brush with the law for some minor teenage indiscretions and a fascination for cop shows that led me down this path,” he said. “When I first began college I was even considering a career in psychology.”

After completing his undergraduate work on the dean’s list at UCLA, Moore graduated first in his class at UCLA School of Law. He initially launched a very successful career as a tax attorney. Though he quickly built a stellar reputation in this specialty, Moore, seeking a new challenge, expanded his field of expertise.

“I’m good at details and memorizing large quantities of information,” he said. “Although I started out as essentially a tax lawyer, without realizing it I ended up in an entertainment firm. It never was my goal to focus on entertainment, other than of course the tax aspects, but it seemed to be a natural evolution. I branched from there into doing securities and corporate work, mergers and acquisitions and bankruptcy.

“If something interesting came across my desk,” he continued, “I would read copious amounts on the subject. That plays well to the corporate side.”

With an almost eidetic memory and a mind suited to numbers and complicated puzzle-solving, Moore worked hard to expand into to other areas. For example, while working on the Orion bankruptcy, he read the entire 13-volume Collier set on bankruptcy. These days he doesn’t advertise as a tax attorney at all.

“I dropped the t-word almost 20 years ago,” he said. “Nowadays it’s more like my secret weapon, something to retain in my arsenal. I don’t really promote myself as a tax attorney per se, but when I’m working on a transaction and I sniff out latent tax issues I can deal with them.”

The world of entertainment may not have been in his sights, but there’s no question that today his is a marquee name. Representing many high-profile clients, including Sophia Loren, Morgan Freeman’s production company (Revelations), Tele-Muenchen, and Reliance on its funding of DreamWorks in an $850 million transaction, Moore also seems to be the go-to-guy for major foreign investors and studios around the world.

East Meets West Among his many other clients, Moore has handled the largest Chinese investment in Hollywood to date. Representing a multimillion-dollar investment over the next few years, Moore’s representation of the Hunan Group and its participation in a slate of films done by Lions Gate has garnered a lot of press.

“It includes Hunan Group distributing some Lions Gate films in China and can expand to include co-producing films for the Chinese market, and Lions Gate distributing Hunan Group films,” Moore said. “It’s quite an overarching agreement across borders.

“I also represent China Film Group, which is the statecontrolled, dominant distributor in China in their film investments outside the country,” he continued. “In fact, we just closed ‘Crouching Tiger-Hidden Dragon 2,’ a sequel to the original, which is being produced by Netflix and the Weinstein Company.”

Moore is also representing another Chinese group to invest in a U.S. company called STX.

“STX is a new distribution company, and we’re bringing a lot of money to the table,” he said. ”One of my specialties is handling cross-border film financing because of my tax background.”

His expertise not only in taxation, but international taxation makes his cross-border representation a natural extension. In fact, his foreign dealings include clients from Greece, Germany, Russia, China and more.

His treatise, “The Taxation of the Entertainment Industry” is universally considered to be the premier resource for opinions and advice on the subject.

“‘The Butler’ deal was very complex,” Moore said, “with 42 different pieces of financing. A little crazy in fact. I thought nothing could beat it, but ‘Snowden’ managed to.”

It’s not the celebrities or the status that draws Moore to his work, but the challenge. Each new venture is like a tantalizing riddle to be explored and conquered. He works hard, but then again, he plays hard too. He’s succinct and precise, never wasting time or words. In fact, his own concise description of his work comes down to this pithy phrase, “I marry movies with money.”

Moore has become such a superstar in fact, that he’s undoubtedly been invited to walk the red carpet himself. But of course, as we know, he’d only appear on a motorcycle!