Sharon Corsentino: The Art Of Mediation: Meeting in the Middle 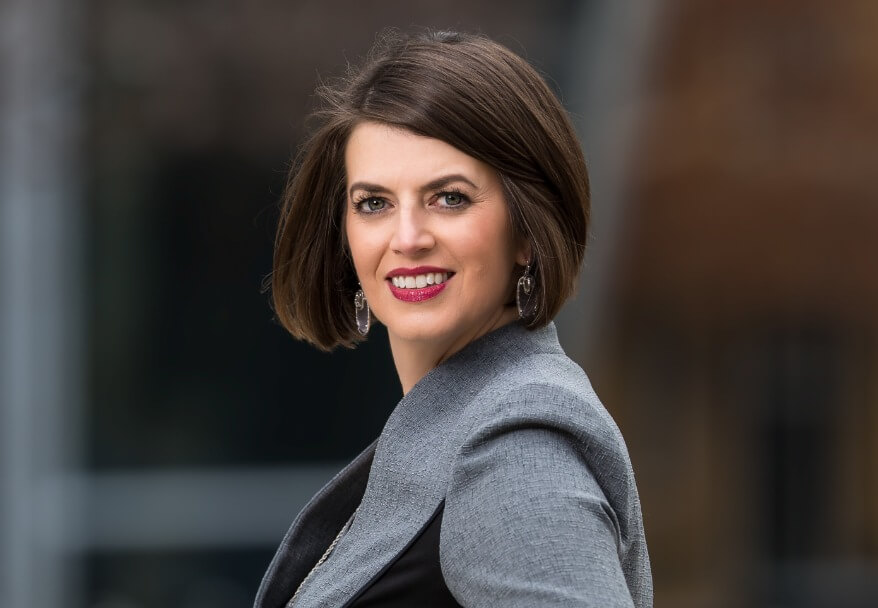 Colorful brochures featuring dramatic savannahs dotted with wildebeest, elephants, and acacia trees beckon tourists to visit the beauty and serenity that is Kenya. This, however was only a part of the excursion Sharon Corsentino recently experienced.

It was a few days before Thanksgiving last year when Corsentino found herself surrounded not by majestic wildlife but rather, an angry mob worked up to fever pitch.

Trapped in a minivan, she and her fellow passengers were engulfed in a full-fledged riot. An angry, human mass swarmed the streets, loudly and ferociously expressing their anger over the Supreme Court’s ratification of the country’s recent election results.

Being an American was certainly not an advantage, and, except for the calm, yet quick-thinking initiative on the part of their driver, the scenario may have had a very different outcome.

“It was truly frightening,” says Corsentino. “We were in an area where few tourists go, but, under that political climate, it was particularly precarious. If not for our driver, who not only spoke the local language, but had the composure and astuteness to negotiate our passage through the human blockade, I’m not sure what would have happened. I learned later that the ‘ransom’ he paid for our being allowed to pass through a road that the rioters had blocked was the equivalent of 20 cents.”

The real irony is that Corsentino’s purpose for being in Kenya was to help lead a workshop in mediation and conflict resolution at a conference for 40 pastors, lawyers and law students in the region. Having heard of a wonderful organization with a stellar reputation for the strides they’re making in helping educate people in various African nations about alternative dispute resolution, Corsentino volunteered to participate in one of their seminars which happened to be in Kenya. She hopes to participate again in the future.

“As scary and alarming as the situation was sitting in that minivan, it fortunately lasted only minutes, and it gave me perspective about the reason why we were there in the first place.” Corsentino says, “Overall, I felt very safe and it was an isolated incident.”

LITIGATION TO MEDIATION – THE BIG LEAP

Prior to making the decision to devote her practice to mediation, Corsentino had built a very successful family law practice. In addition, since 2014, she’s served as an adjunct faculty member at the University of North Texas teaching family law mediation. Formerly, she also served as an adjunct professor in the conflict management and dispute resolution program at El Centro College in the Dallas County Community College District.

Although for more than a dozen years Corsentino demonstrated an impressive aptitude for litigation representing families throughout North Texas while gracefully mingling frequent mediations into her practice, by 2016 she began to experience a vague feeling of restlessness. Discussing this still ambiguous presentiment with her husband, Corsentino determined to explore its source and engaged in some serious soul-searching.

It didn’t take long to recognize and identify her true calling – mediation. Even as a child and later a young adult, she recalls being the one in her group of friends who others would turn to in times of conflict. So genuine is her passion for this work, she’s even able to convert the most stoic non-believers.

In a recent mediation, Corsentino asked one of the parties if he had ever been in mediation. “No, this is my first time,” he responded, “and I’ll never do it again. This will be a complete waste of time. We’re not going to settle.” Once the case was settled, she reminded him of his comments. He smiled and apologized. “I really didn’t think you’d be able to settle the case and I guess it’s kind of the devil you don’t know situation. You don’t know what you’re getting into in a mediation.”

“It feels good to change someone’s mind,” she admits modestly.

Some people are born peacemakers, and it would seem Corsentino is among this special group.

“I have a passion for mediation,” she says. “It’s such a rewarding feeling to watch anger and conflict dissolve under peaceful mediation. I realized it’s something I want share with those who don’t have access to it. It’s taken me places I had not expected, including Kenya.”

The unexpected drama notwithstanding, Corsentino says of her Kenya visit, “They were some of the most gracious and welcoming people I’ve ever met. There was definitely a desire from them for more information about alternative dispute resolution. It’s given me a hunger for doing more internationally.”

Corsentino and her husband Chad share a love of travel and hope to visit every state in the United States and every continent in the world. “We love exploring new places, meeting new people and experiencing different cultures. Chad and I have a very full life. We have wonderful friends and family.”

Corsentino dedicates time volunteering for various disaster relief organizations and she and Chad have donated supplies, food staples and even their own elbow grease to help victims of tornados in Oklahoma and Texas as well as Hurricane Harvey.

“I feel so fortunate,” says Corsentino. “I love what I do. I really enjoy helping people come up with their own solutions rather than waiting for someone in a black robe telling them what it’s going to be.”