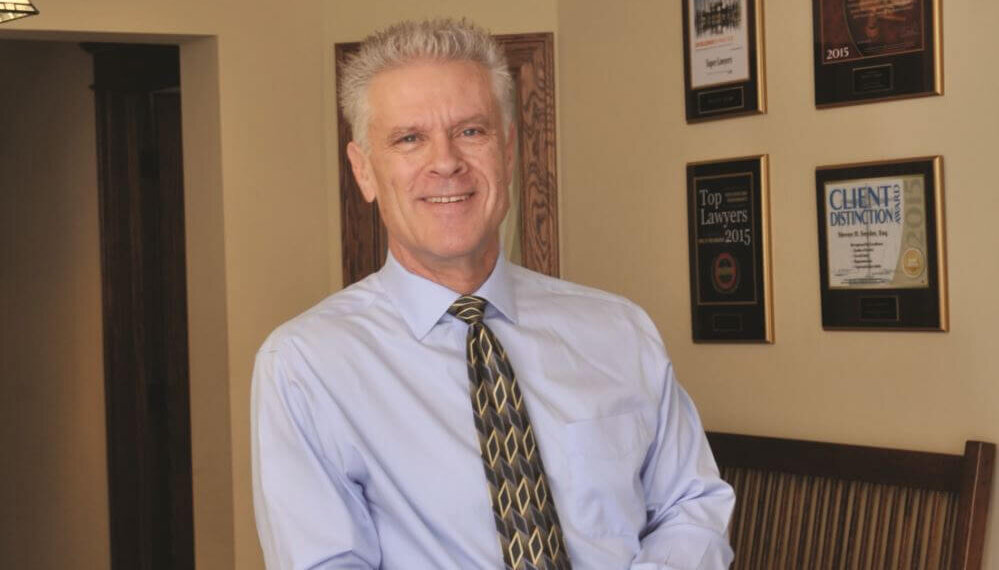 The miracle of parenting a child is a biological imperative that most take for granted and many exercise purely by accident. Yet in this age of wondrous advancements in the health sciences, those who wish to have a child but are prevented from doing so for physiological or other reasons may still become parents with medical intervention and third-party assistance (i.e., assisted reproduction). However, the law has yet to catch up with addressing the myriad unanswered questions and concerns parents experience in the face of assisted reproduction. Furthermore, opposition to these practices arises from varied and sometimes surprising sources, further complicating the application of assisted reproductive technologies.

Steven Snyder is a legal trailblazer – and sometimes maverick – who has devoted a substantial portion of his career to both pioneering and preserving the rights of families to simply be families. Th is father of two is deeply invested in assisted reproduction law. “These are people who desperately aspire to have in their lives what I’ve devoted my life to. It affirms me to give that opportunity to other people who can’t have it without help. I’ve worked hard at breaking down barriers and setting up processes that are as low-risk and cost-effective as possible in an environment where there isn’t much statutory or case law.”

A high school teacher and championship coach-turned-lawyer, Snyder loved the law, but found the stringent work hours within a traditional law firm to be too restrictive for the work/life balance he wished to achieve for his young family. Th is staunch individualist struck out on his own, building a general law practice that he ran from his home while he single-parented and continued for the next 16 years while his children grew up. “They came home from school and down to my office where they showed me their homework. I could leave to coach their teams or show up for school events. I didn’t make a whole lot of money, but I was a good dad.”

Snyder’s mixed practice included family law, estate planning, business and real estate matters. Th en a colleague called with a case referral that transformed Snyder’s career into a calling. “He wanted me to conduct a parentage matter for a surrogate who had been matched with parents from Germany by an agency on the East Coast. Th e agency was run by Noel Keane, one of the pioneers in surrogacy law who influenced several groundbreaking surrogacy cases. I was told the German couple was on their way to take the baby home. I needed to figure out how to make that happen legally. I was excited to do something nobody else had done and figure out a process to successfully establish parentage and send the couple home.”

After Snyder quickly and efficiently resolved the matter, the agency continued to send him cases. “Over the years I’ve represented all of their cases in Minnesota,” Snyder said. “By helping that agency, I got to be known as ‘the guy who does surrogacy law in Minnesota.’ I’ve done more than 400 cases since 1991, and my practice includes sperm donor agreements, egg donor agreements, adoptions and all kinds of parentage proceedings.”

Snyder explained that while surrogacy is a much needed service around the world, the notion of surrogacy is not popular in many developed countries. In the United States, laws governing surrogacy agreements and surrogate compensation vary from state-to-state. Some states prohibit the practice entirely, while others, like Minnesota, have no law governing surrogacy. Court decisions, however, have generally been favorable in Minnesota, largely due to Snyder’s persistence. Snyder successfully litigated the first contested surrogacy case in Minnesota, winning sole parentage and custody of the resulting child for his client, a single, gay father.

But there is still work to be done. Snyder explained, “In Minnesota, if a married woman is inseminated with another man’s sperm under the supervision of a physician, the sperm donor is not the parent; the husband is. Th is is statutorily affirmed; male infertility is statutorily addressed. Th e other two scenarios, egg donation and uterine infertility, are not addressed at all. Th e same legal support system is totally lacking for female infertility. If a woman donates an egg, there is no law that says that woman cannot retain or request her parental rights.”

Snyder provided a compelling example of the law’s gaping insufficiencies. “I was asked to draft a gestational carrier agreement for a married couple. Th e wife couldn’t provide an egg or carry the baby. Th e husband’s sperm was being joined with the egg of an anonymous donor and carried by a surrogate. Minnesota law says you have standing to request an establishment of parentage based upon certain presumptions. For a woman, that means you are a presumptive parent if you give birth or are the genetic mother. For a man it means if you’re married to the birth mother, are the genetic father, or signed a recognition of parentage form at the hospital, you have standing to assert your presumptive parental rights. But there is no presumption under statute for a woman who doesn’t give birth or provide the egg.

“In this case, the surrogate was a friend. She called one Friday to tell the aspiring parents she’d just come from the doctor and learned she was pregnant with their twins. Everyone was ecstatic. Th e husband died of a heart attack the next morning. Th e wife called me and said, ‘So when the babies are born, how am I going to become the mother? I have no legal basis to assert parentage.’”

Due to Snyder’s bold lawyering, this story had a happy outcome. “My argument was that the mother who could not provide an egg had gone out and reviewed profiles of many potential egg donors and selected a donor. Th ey entered into an arrangement wherein the donor transferred legal control to the intended mother, so she stood in the same position as the egg donor. A mother should have similar means of alleging biology as a father; it is a matter of equal protection. Th e surrogate had no desire to keep the children. Th e court accepted these arguments and ratified parentage of the intended mother. Th is matter ended well and stretched the law by expanding some understanding of the terms of the parentage statute.”

He continued, “This legal gap must be fixed somehow. In spite of all the efforts made to address these issues, no law has yet successfully passed. Sometimes, when you practice in an area wholly unaddressed by current law, you have to push the envelope of the law and do some creative lawyering. Th ere are some areas of the law where lawyers’ values and their societal effectiveness requires them to transcend the limitations of existing law and the obstacles of societal resistance.”

Snyder is a notable voice in the highly charged political climate surrounding reproductive policy, and he is active in numerous state, national and international organizations that educate and advocate for infertile couples. He worked diligently with former Minnesota Representative Kathy Tingelstad to craft a more evenhanded version of the 2002 Uniform Parentage Act in Minnesota. He is also a member of the national legal advisory committee of RESOLVE: Th e National Infertility Association; past chair of the legal advisory group for the American Fertility Association; and is a professional member of the American Society of Reproductive Medicine. Snyder remains a passionate educator, traveling around the globe speaking on topics relating to assisted reproductive technology and teaching as an adjunct professor at Mitchell Hamline School of Law.

“I am now an ABA liaison to a Uniform Law Commission study updating the Uniform Parenting Act in light of the same-sex marriage movement. I’m also very active with international attorneys who do surrogacy. Th ere is now a Hague experts group looking at regulations relating to international parentage of children that could negatively affect international surrogacy with another Hague Convention, and I am active with a number of entities giving input to Hague on that matter. My objective is to solidify and simplify the process of becoming a parent so that, when someone goes through this process, they are the legal parents they expect to be with a child who has legal citizenship and residence in their home country.”

Snyder remains a wholehearted parent himself in spite of the fact that his son and daughter are well-established adults. His son, Andrew Snyder, is an ex-Air Force avionics specialist in Atlanta, Georgia. He and his wife just delivered Snyder’s first grandchild. Snyder’s daughter, Keely Ann Seaverson, is an associate in his law practice. “I am blessed to see her every day and talk about cases and life with her.” She will deliver his second grandchild this September.

Snyder’s staff of 20 includes native speakers from five different cultures to accommodate parents from around the world. Th e extremely complex process they oversee includes the selection of a clinic; screening a surrogate; facilitating medical examinations; legal representation; travel arrangements; HIPAA releases; estate planning; escrow management of surrogate fees; and countless others. “Th e people here work in many different capacities – client coordination, financial, administrative and legal. Our clients need a lot besides pure legal work. For us to provide these services completely and well, we have to have a multifaceted staff that is both competent and compassionate.”

Snyder is a champion of social justice and a fiery defender of families. “Th ere is nothing that makes me happier than seeing a couple who has been unsuccessfully trying to have a baby hold their baby for the first time. I firmly believe this should be a non-partisan issue, one that should be supported as long as all parties are fully advised, have separate legal counsel, and enter into an arrangement before there is ever a pregnancy with open eyes and clear intent. People who strive this hard to have children, who go through the expense and stress, have self-selected to be the best possible, most stable parents. They strengthen our society and preserve the world for the next generation.”