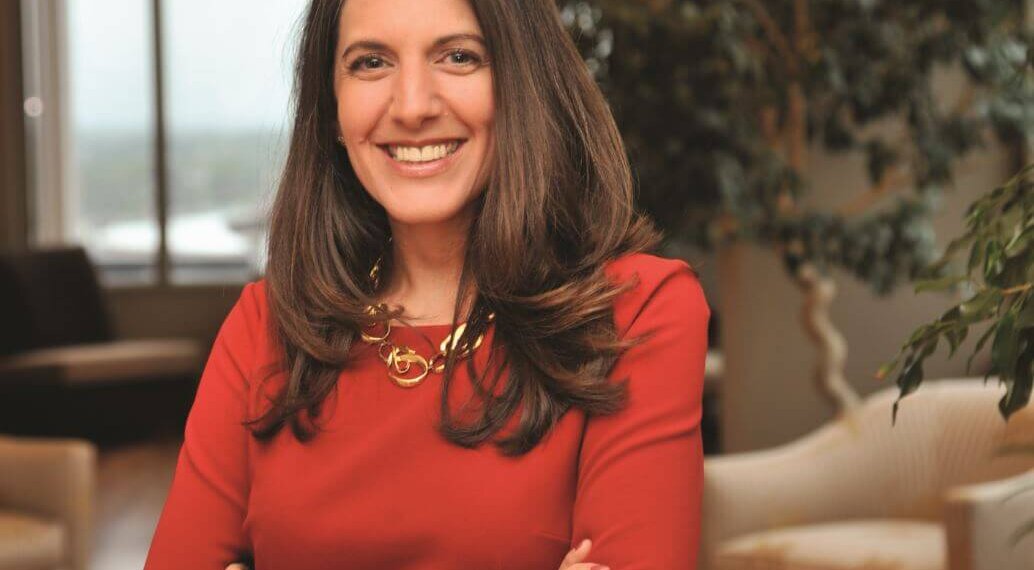 Theresa Bevilacqua, partner at Dorsey & Whitney LLP and cochair of the Minneapolis trial group, is challenging conventional views about courtroom practice, big firm leadership and gender roles, and she is proving that the old ways don’t necessarily measure up to the demands of the new millennium.

Bevilacqua describes herself as a rulesbased person who places a high value on fairness – qualities that serve her well as a trial attorney who represents large manufacturers and producers in high-stakes business and shareholder litigation, as well as complex arbitration proceedings. Bevilacqua masterfully directs the profusion of characters, elements and viewpoints that emerge throughout the legal process, and while there is no denying that she’s competitive and tough, she also conveys grace, a sense of humor, and an abiding respect for the humanity of the individuals engaged in contest.

After completing her undergraduate studies in music business, Bevilacqua went on to law school at Benjamin N. Cardozo School of Law at Yeshiva University in New York City. Her goal was to become an entertainment lawyer, but as the time drew closer for her to begin her career, she found the reality of working for an entertainment law firm in New York or Los Angeles had lost its luster. When her parents relocated to Minnesota, she sent her resume to Dorsey, where she was hired as a summer associate. “I was given sophisticated and challenging work as a summer associate here compared with my friends at New York firms.”

Bevilacqua started as a trial group associate at Dorsey the following year, along with nine other summer associates. “There was a big explosion of in-house legal groups at the time, and it was hard for firms to retain attorneys. As a result, there weren’t a lot of mid- to senior-level associates because clients kept hiring them away. So pretty much every case I worked on was me with a partner – and many were sizable cases. I got great training and a lot of individual mentorship in my first two to three years of practice.”

MOVING FORWARD IN THE COURTROOM

In the years since, Bevilacqua has earned her reputation as a persuasive trial advocate and garnered an impressive array of victories for such notable companies as Medtronic, 3M Company and Honeywell, to name a few. Recently, she was first chair in a three-and-a-half week jury trial in which she achieved a total defense verdict.

According to Bevilacqua, she relishes long trials. “I think I’ve had my unfair share of month-long trials in my career, whether bench trials, jury trials or arbitrations. I’ve had at least six that have spanned three to four weeks – and I love them! There is so much forethought and planning that has to go into any trial, but especially when you know the presentation of evidence is going to go on for that long. The process becomes more like six weeks because, for two weeks prior, you are totally focused on preparation.”

One of Bevilacqua’s greatest strengths as a litigator is her ability to assemble winning trial teams. “Taking on a case of this size is something you can’t do alone. I love to put together those trial teams where we all go in totally committed to our cause, and I love letting everybody on the team play to their strengths. There are some who are great with a particular type of expert witness, some who relate really well to a certain judge or jurors, and some who are masters at written work product. I let them take the ball and run with it in the area where they have great expertise.”

Another of her strengths is her knack for connecting with the players in the courtroom as real people, adapting to the audience that is unique to each trial. “I think one of the keys to being effective, especially in a jury trial, is being able to relate to jurors and witnesses as people, and making sure everyone on the team is sensitive to that, as well. Occasionally I see lawyers who are smart and good at what they do, but they forget how to relate to people who are not lawyers. Just because someone has had success at trials in the past, doesn’t mean they are reading cases correctly today.”

While Bevilacqua has good instincts, she also relies upon her team to help her read the courtroom for clues about how the trial is progressing. “In every jury trial, I try to have someone there just watching the jury. I like for that individual to be a first-year associate or a paralegal – someone who doesn’t carry all the legal baggage we carry as seasoned lawyers – a nd is just looking at jurors as people and what is or isn’t resonating with them. Oft en, I find that paralegals are the best readers of a jury, and they are invaluable team members. At the end of the day, I like to debrief and get input from all team members as to what they think happened that day. Their perceptions are oft en different from mine, and hearing the different experiences people are having in the room helps me to identify areas we need to cover again or where the jury has heard enough and we need to move on.”

Inside the firm, Bevilacqua takes a similarly inclusive approach to leadership. Although she chaired the Minneapolis trial group for three years, she welcomed the recent addition of Co-chair Michelle Grant. “It was always two men who held this position before. In the last 10 years, there were more women promoted to partner in the trial group than in the firm’s history. That made it possible for women to fill the leadership role today. We’re the first women to take this role.”

She continued, “I think what’s different about my approach is that I’m focused less on the partners. I want to focus more on associates, especially juniors, who are not members of any practice group when they start. I want to give them opportunities to build the skills they need and figure out if they want to be trial lawyers. We have workshops in-house to help them develop both written and oral advocacy skills. I’ve been teaching trial advocacy skills for the last six years. When I first started here, I had the benefit of working with different partners and having varied experiences. I want to make sure we provide that variety, so we’re also bringing people in to teach from across our offices, including women and diverse faculty members.”

Bevilacqua is pioneering new ways of responding to clients’ requests for more teambased, alternative fee arrangements while seeking creative methods of rewarding attorneys for collaboration. “We want to be able to serve our clients the way they want and need to be served, but we also need a way to compensate partners and associates in a way that incentivizes efficiency and sharing of credit. A lot of clients have asked us for portfolio-based pricing, and we’ve done that. As a firm, we adopted the ABA task codes for litigation years ago, and we track internally, so we have a body of information to look at in developing an estimate for a client. It’s easy to look at the billable hour and say we want to move away from it, but it’s a readily identifiable metric and easy for everybody to understand. We can also allow a client to pay out a fixed fee over the next several quarters, so they can lock in a number for their budget over the next year or so. Clients like that predictability. In the end, alternative fee arrangements require trust on both sides, and we’ve been willing to take the risks.

“We are constantly looking at how the client relationship is valued, how our service delivery model is valued, and how we translate those to compensation, recognition and leadership opportunities within the firm. I think this is opening more opportunities for women, in particular, since there tend to be fewer senior women who have built their own client base from scratch within a large firm. I think many women are great at team building, collaborating and leading.”

As a woman lawyer, Bevilacqua is disrupting the status quo with more than just her role as a winning trial attorney and firm leader. She and her husband, also a lawyer, have turned tradition on its head by electing for him to stay home with their four children, ranging in ages from 6 to 13. He graduated from law school and passed the bar three years behind Bevilacqua, and by then, her career was already in full swing. Shortly thereaft er, she became pregnant with their first child. “It just made more logistical and economic sense for him not to practice,” she said.

So what does life at home look like when this wife and mom of four is engrossed in a trial? “I just go away and hunker down,” she said. “Even if the trial is local, I get a hotel and live there until it’s over. Other lawyers may not want to do it that way, and that’s okay. We’ve found what works for us.”

She admits that it hasn’t always been an easy choice. “I was away for five weeks in London when my son was 2. When I came home, there were about 30 seconds where he didn’t remember me. Then the light came back on. It was the longest 30 seconds of my life. I’m sure it’s happened to my male colleagues, too, but maybe they don’t talk about it. I think as women, we do talk about it. There are so many great affinity groups where we as women can get together and talk about the different ways we are dealing with the realities of our profession.”

Bevilacqua is one of the many skilled and vibrant figures at Dorsey who is charged with moving the practice forward to meet the needs of both clients and attorneys in this rapidly changing world. “It’s most important that we don’t forget the people,” she said, “whether they are a jury, a judge, a client or a colleague. We keep honing in on what makes people tick, listening and then responding in the best way we can.”