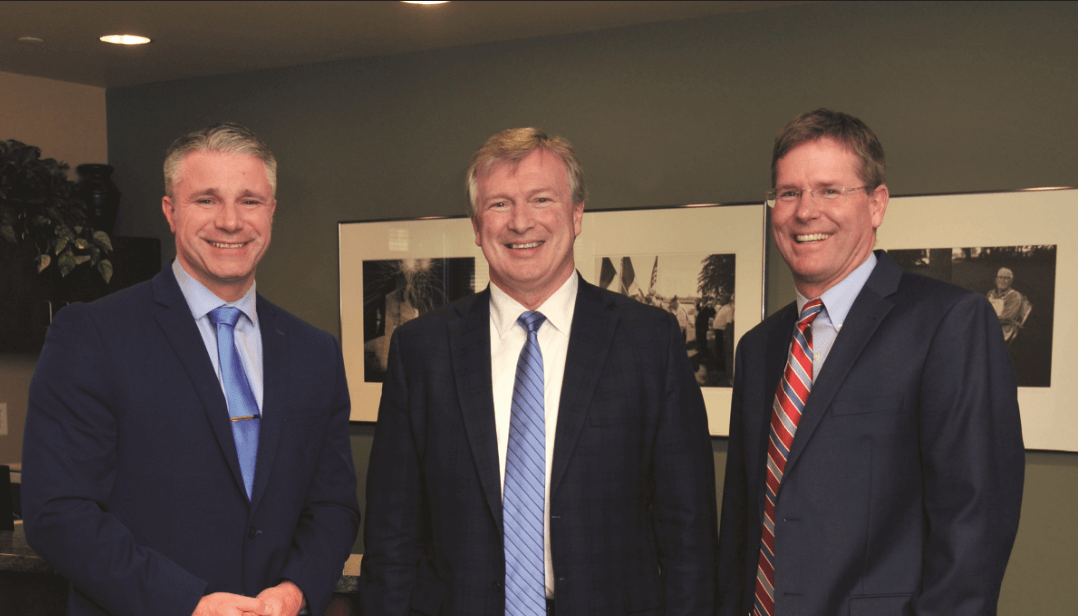 For nearly three decades, Minnesotans have counted on the Law Office of Thomas Mottaz to help them get the workers’ compensation benefits they deserve. With a combined more than 60 years of experience, Mottaz and his colleagues, David Kempston and Jerry Sisk, have made their mark as authorities on injury-related matters, having won numerous court victories and negotiated many favorable settlements on behalf of injured people. In fact, Thomas Mottaz literally wrote the book on workers’ compensation law, as co-editor of the “Minnesota Workers’ Compensation Deskbook.”

But this triumvirate attributes its success to something more than informed and experienced lawyering. They believe success in the practice of law also comes from a providing an elevated standard of service to clients, community and the profession.

Thomas Mottaz began representing injured workers in 1981. When he decided to open his own practice in 1989, he took along some early advice he had received from a senior colleague. He recalled, “We as lawyers have a burning desire to get everything down on paper. When we meet with a client, we immediately want to start taking notes. The best advice I was given is to lay the pen down and listen first. When the client is done telling their story, then go back and take down what’s necessary to represent them. First, give them your time and attention, and just listen. As a young lawyer, I had a vision for helping people who come in with an injury, recognizing that they may also be having trouble getting medical treatment provided on a timely basis, are disenfranchised from their employer and are having financial issues. People are experiencing a lot of emotional frustration. We want to be known as a firm of excellent lawyers who also provide outstanding customer service.”

David Kempston joined the firm in 1996 after practicing insurance defense, where he admits he “felt like a square peg in a round hole. I switched sides because I’d rather take a claim I feel good about and prove it up than poke holes in somebody else’s credibility. I’ve spent 21 years with this firm, and I like working here because from the very beginning, we’ve had a phrase, ‘Be like Dayton’s.’ Dayton’s was always famous for its excellent customer service – there was no place like Dayton’s. Even though their stores aren’t here now, I’ve continued to have that service philosophy drummed into me by Tom.”

Mottaz added with a smile, “When David started, I remember him asking me what our mission statement was. We didn’t really have a formal one, and that’s what came to me at the time.”

Kempston continued, “When I came to work here, Tom suggested that I meet clients at the front desk and take them to my office, and that I should be the one to offer them something to drink and go get it for them, not the staff. It sets the tone for the relationship, that we are here to serve the client.”

This customer-first credo inspired Kempston to author the book “That’s Why They Call It Practicing Law,” a wise and witty read on enhancing legal representation by elevating client service. Kempston said, “Here, we care about being excellent lawyers, but it’s equally important to treat clients well. We can do both – they’re not mutually exclusive. With increased digitization in the practice of law, we are face-to-face with our clients less and less. When we have an opportunity to personalize what we’re doing, clients appreciate that. Clients can’t always discern between good lawyering versus bad lawyering, but they do know if we are following up and responding to their needs.”

Jerry Sisk also practiced insurance defense before accepting an invitation to join the firm in 2010. He described a practice philosophy consistent with that of his colleagues, “We differentiate ourselves as lawyers by providing customer service that isn’t necessarily given by other firms. We’re not out to make the quick dollar. We take the time to listen to people and then put a claim together that will win at trial. We put the client and their interests first.”

Mottaz founded his firm on another principal of service that endures nearly 30 years later, that of giving back to the profession. “I have to give credit to my dad, who was a teacher and coach. He started a three-day clinic for track coaches that became probably the most successful in the Midwest. It was gratis work, and watching him spend so much time and attention helping other coaches become better coaches left an impression on me.”

Mottaz was further influenced by senior partners in the firm where he first practiced, who encouraged him to contribute to the advancement of his colleagues and the law. Among those seniors was the distinguished Edmund P. Babcock, who passed away in 2016. “At annual retreats, he would take the time to talk about the rich history of the law and what an honor and privilege it was to be a lawyer. The longer I practice, the more I appreciate that what he talked about was true, and it’s part of why it’s so rewarding to do something to give back.”

The “Minnesota Workers’ Compensation Deskbook” is now in its fifth edition – covering 25 years. After beginning a practice in workers’ compensation with no experienced senior attorney to guide him in that area of law, Mottaz persevered and became a leader in his field. Eventually, he and colleague Jay Hartman approached the Minnesota State Bar Association with the idea of compiling a comprehensive resource on workers’ compensation law and procedure. “We started the ‘Deskbook’ in 1991 and gave the first seminar in 1992. We just finished 25 years of seminars. It’s not just Jay and I as co-editors who have contributed to this effort. A number of attorneys and judges have helped to put it together and write and rewrite it over the years. David helped co-write chapters 7 and 12, and speaks at our seminars. Jerry also just spoke at the 2017 ‘Deskbook’ conference.”

This labor of love has an added benefit, in that it continually sharpens this team’s grasp of current case-law decisions. “When you get up in front of 300 attorneys, you’d better know what you’re talking about. The final writing is always due in October, so I always say, don’t mess with me in October,” Mottaz laughed.

Sisk added, “I still remember my ninth-grade math teacher, Mr. Nelson, saying that people who understand it get Cs, people who know it get Bs, and people who can teach it get As. I learned that if I had mastered something, I should be able to teach it. Mastery is something we strive for as a firm, and by doing so, we are able to provide the best possible service to our clients.”

In addition to their collective contributions to the “Deskbook,” the lawyers at the Law Office of Thomas Mottaz also give their time and expertise to pro bono service, mentorship and professional leadership. Sisk, who is the current president of the Anoka County Bar Association, also sits on the district ethics committee and is a regular mentor to St. Thomas law students. Kempston has been a volunteer mentor at the University of St. Thomas Law School and volunteered as a legal aid attorney for several years at Twin Cities Christian Legal Aid Clinic.

Masters of their profession they may be, but sitting and talking with these attorneys is more like visiting with family than with a trio of award-winning lawyers. There is an air of good-natured camaraderie and respect among them, and you half expect someone to ask you if you’d like to stay around for dinner. These are real people who care a lot about what they do and the people they do it for. For them, service is more than a job; it’s a way of life.

Kempston summed up, “It matters how you treat people. Putting clients first is a hallmark of this firm.”