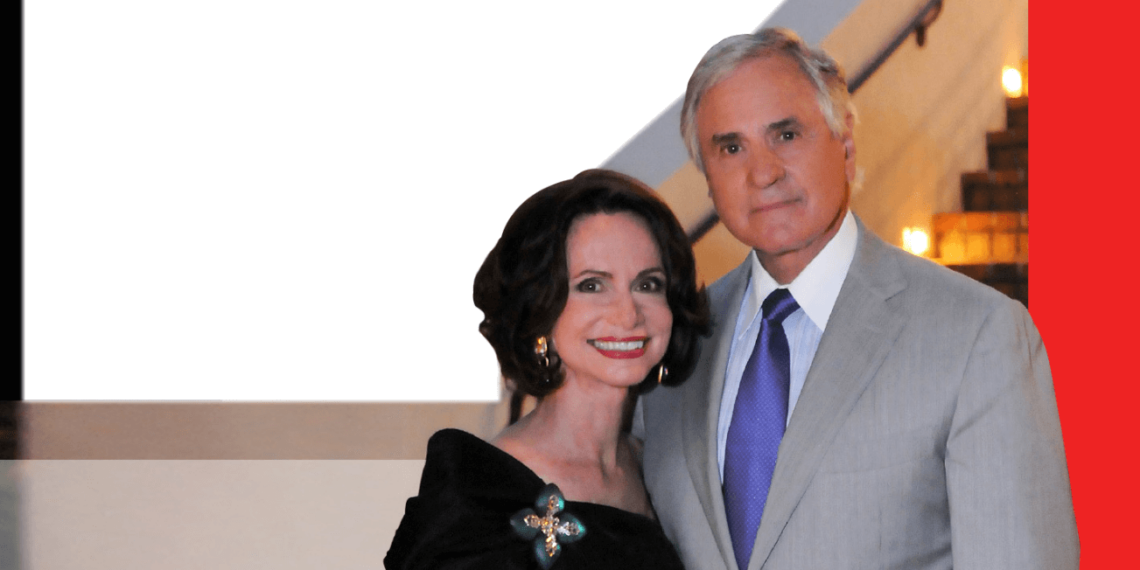 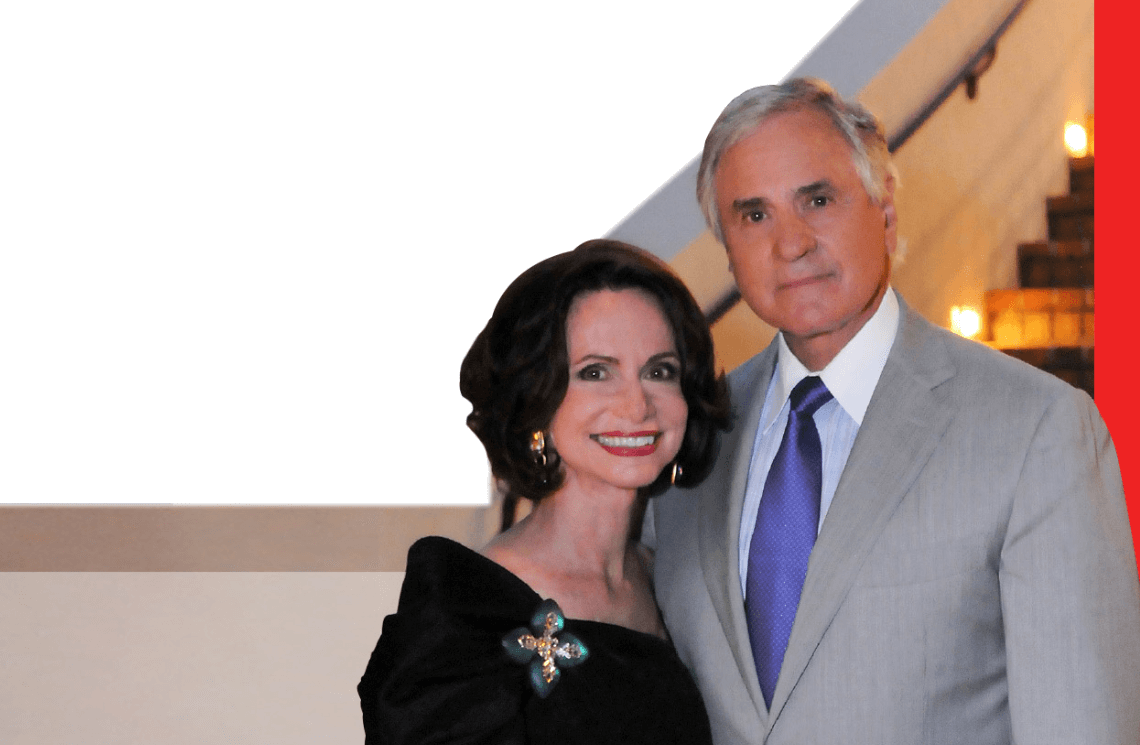 The career of legal legend, William R. “Bill” Scherer, managing partner for Conrad & Scherer, almost ended before it even began. As the first member of his family to attend college, Scherer had an obligation to make his family proud. A football star at Franklin College of Indiana, Scherer’s grades took a backseat in the beginning.

“My grades in college were not that great, but eventually I learned I was a pretty smart kid,” said Scherer. “I was an anomaly, apparently, at least according to my coaches. After I graduated, my wife signed me up to take the LSAT. Without dedicating any time to studying for the test, I managed, by some miracle, to pass and applied to the Indiana University School of Law as a lark, never imagining I would get accepted.”

Years later, Scherer went back to Indiana to attend homecoming and ran into one of the teachers who had taken him under his wing.

“My teacher asked if I had ever wondered how I had gotten accepted into Indiana law school, and I had to admit it had plagued my thoughts through the years,” recalled Scherer. “He alluded to the fact that my old football coach had called in a favor for me by speaking with former Gov. Branigan who was also a graduate of Franklin College. Years later, I asked my former coach about his involvement and, although he didn’t deny it, I never could get a straight answer. But, it’s always been my philosophy to try to do good turns for others and good turns will come to you. Pay it forward, always.”

While he may have gotten into law school by receiving a little help, Scherer has since earned his place as a local legal legend. A a seasoned trial attorney who has litigated over 100 trials in both jury and non-jury cases before state, appellate and federal courts, Scherer is AV Preeminent Peer Rated by Martindale-Hubbell, since 1987. Scherer’s cases and legal accomplishments have received coverage by major television networks as well as national newspapers.

Scherer began his legal career as a law clerk to the Indiana Supreme Court and the Honorable Charles Fulton, former chief of the United States District Court for the South District of Florida.

Later, he joined a firm that became the predecessor to Conrad & Scherer. When the senior partner of that firm left, Scherer was consumed with huge insurances cases that he and fellow attorneys had no idea how to handle. He needed a seasoned attorney that could not only mentor him and his colleagues, but also bring the prestige of his name to gain new clients.

Scherer approached Rex Conrad, an esteemed trial attorney 15 years his senior, whom he had joined as co-counsel on several occasions. It wasn’t until eight months later, much negotiating and a promise to add Conrad as the first-named partner, that the firm Conrad & Scherer was born in 1974. Although they made great business partners and Scherer credits Conrad as one of the best trial attorneys he has had the privilege to meet, they learned early on that they could not try cases together for the firm and built separate but equal practices.

Often referred to by an esteemed Broward judge as Benjamin Button, the title character from a movie with the same name who ages backward, Scherer’s drive toward his career and his infectiously positive attitude seems to have both improved with each case he tackles. He acknowledges that each singular experience in his career has built on the previous one, making his career at any time the pinnacle of his life.

“Looking back over my career, it is difficult to point to one case over another that I could declare as the game changer or career maker because I have been fortunate enough to have been involved in such a wide range of proceedings,” noted Scherer. “However, there are several instances where I can look back and say I really made a difference.”

Scherer points to his involvement as lead counsel for victims of the infamous multibillion-dollar Ponzi scheme orchestrated by Scott Rothstein as his greatest achievement to date; one that is still marching on. Scherer led his complex litigation team and achieved historic settlements, securing the highest percentages of recovery for victims of a Ponzi scheme. The firm still has three on-going cases as part of this litigation in order to recover the tremendous expense the clients have had to shell out to get their recoveries.

Showing a vast diversity in his practice, Scherer obtained a writ of mandamus on behalf of Broward County property appraiser Lori Parrish after the Broward County board of commissioners failed to comply with its statutorily mandated duty to fully fund the first quarter payment of the proper ty appraiser’s fiscal year 2014 budget as approved by the Department of Revenue. Scherer also won a recent election case in Broward causing a County Commission candidate to be stricken from the ballot.

In a heated case of serial borrowing, Scherer and his team are representing the state of Florida against Digital Domain, a special effects production company, calling it a de facto Ponzi scheme. The state wasn’t told that the bulk of its job growth incentive money would go to repay Digital Domain California’s debt to Falcon Mezzanine Partners. While John Textor, the CEO of Digital Domain Florida, portrayed his company as a startup with no debt, the plan all along was to merge it with the California company and bail it out of debt, according to the complaint. The special effects production company also received $60 million in incentives from Port Saint Lucie and $2 million from West Palm Beach. Neither county has filed a lawsuit against Digital Domain.

The firm, with Scherer at its helm, also participates in pro bono work in election cases as demonstrated above. During the historical 2000 presidential election litigation in Florida, Scherer led a team of attorneys representing President George W. Bush and personally represented the president in the Broward County recount. Conrad & Scherer’s responsibilities as counsel to President Bush included advising the president on his legal strategy in Broward County and also acting as a key contributor in Bush’s distinguished statewide Florida legal team.

Scherer has also served on the judicial nominating committees for every Republican governor the state has had since he began practicing. He has also been appointed to the Select Committee for Diversity, a role that he has wrapped up over the past few weeks.

“The best thing about working as an attorney is that the law is almost a living thing,” said Scherer. “It changes every day and I still love to feel the adrenaline flowing when I get a new idea or have the opportunity to try a case in court. I feel fortunate to continue to practice and learn new things. I put in just as much time today as I did when I began my career; maybe even more.”

“You really have to love what you’re doing, or it’s time to find something else,” Scherer said. This motto applies to his life outside the office as well as to his professional life. His interests range far and wide, but all begin with dedication to his family. He enjoys spending down time with his children and particularly with his grandchildren. Scherer and his wife, Anne, met when they were only 14 years old. Together, they have three children, all of whom have followed in their father’s footsteps. His eldest son and namesake, William R. Scherer, III, previously a partner at Conrad & Scherer, has recently opened his own firm, specializing in entertainment law. Scherer’s daughter, Elizabeth, was appointed the youngest circuit court judge in Florida in 2012. His youngest child, John J. Scherer, is not only a partner in Conrad & Scherer, but also owns his own construction company. Scherer is already confident that at least one of his four young grandchildren will uphold the family tradition in law.

Scherer also enjoys life in the fast lane, literally. The family owns a farm in North Carolina where they raise race horses and spend as much time with their grandchildren as time allows. Scherer also regularly participates in the Skip Barber Racing Series and declares himself one of the oldest drivers on the track. In the same vein, Scherer owns a car dealership that rebuilds both exotic cars and motorcycles. He and his wife also participate in real estate development, having developed some of the largest multifamily real estate projects in Fort Lauderdale including a 19-floor, 200-unit building, presently under construction.