These professionals have each been nominated by their peers to receive the honor of Top 10 Under 40 in the First Coast legal community. While their careers are still growing, they have each already differentiated themselves as an attorney to watch in the Jacksonville area. Congratulations to them all. 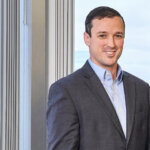 Chuck Griffith has dedicated his entire legal career to advocating for landowners and business owners in eminent domain and condemnation matters as well as other property rights litigation. He is active with JBA’s Young Lawyers Section, currently in his third year serving as an ex-officio board member. Outside of work, Griffith and his wife, Lauren, love spending time with their girls, Ginny and Maggie. 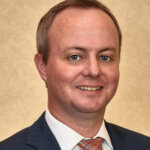 Born and raised in Jacksonville, Reid M. Hart received his Juris Doctor in 2009 from Stetson University College of Law. Following his admission to the Florida Bar, Hart practiced in the St. Petersburg/Tampa area for several years before returning to Jacksonville. Since becoming a licensed attorney, Hart has exclusively practiced criminal defense, handling cases from the pre-arrest investigative phase through jury trial. 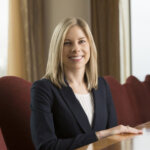 Amelia Henderson is a shareholder in Smith Hulsey & Busey’s healthcare and corporate departments. A former president of the Jacksonville Women Lawyers Association, Henderson has been recognized as an Ultimate Attorney and 40 Under 40 by the Jacksonville Business Journal and as a Florida Legal Elite Up and Comer. 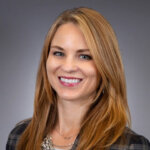 Holly Howanitz is a shareholder in Wicker Smith’s Jacksonville office supervising a team of six associate attorneys. In addition, she supervises the Brunswick, Georgia office. Howanitz was recognized by the Jacksonville Business Journal as one of the 2015 top 40 under 40 for business leaders and professionals and as one of the 2016 Women of Influence. She is married to attorney Jay Howanitz and they have one son, Dutch.

Favorite Legal Themed TV Show: “Matlock” as a child; “Ally McBeal” as a young adult; and most recently “Trial and Error.” 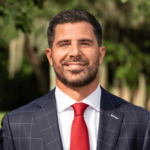 Matthew C. Hunt, is a partner at the newly re-named law firm of Phillips & Hunt, P.A. (previously the Law Offices of John M. Phillips). Hunt is a board certified specialist in marital and family law in Florida, and manages the family law division at the firm. He has been voted as the best Divorce and Family Lawyer by Void Magazine, Folio Weekly, and Jacksonville Business Journal. 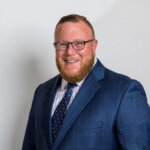 Daniel Iracki is a fellow with the International Academy of Trial Lawyers, the most prestigious organization of trial lawyers in America, which limits its U.S. membership to just 500 lawyers. He is the youngest fellow from Florida and second youngest in the country. He is also Florida’s youngest member of ABOTA, and has tried more than 65 civil jury trials, resulting in combined total judgments and verdicts of over $75 million, with more than 19 multimillion-dollar verdicts. 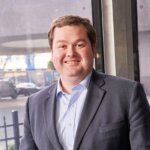 Timothy is a Jacksonville native who attended The Bolles School before attending the University of Alabama. He started his career at the State Attorney’s Office handling cases ranging from misdemeanors to repeat offender felonies. In 2016 he joined Robert Shafer and Associates where he specializes in representing those accused of committing crimes. 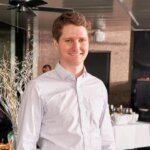 James Poindexter, a JD/MBA, holds a certification in business law from Florida Coastal School of Law and is licensed in both Florida and Georgia. Practicing since 2015, Poindexter currently serves as co-chair of the Jacksonville Bar Association’s Government Relations Committee, treasurer of the Jacksonville Bar Association’s Young Lawyers Section, and treasurer of the National Employment Lawyers Association, Florida Chapter. 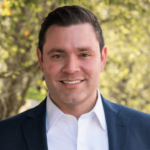 Stefano Portigliatti specializes in commercial motor vehicle cases. He has represented clients in over 90 trucking cases and helped obtained more than $40 million in verdicts and settlements just in the last six years. He is one of the first 20 attorneys in the United States to complete a national certification in trucking litigation. 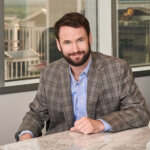 Matt Spohrer is a Jacksonville native and has over 10 years of experience handling injury cases. Like the rest of the Spohrer Dodd team, his cases tend to involve complex liability and catastrophic injuries. Spohrer is proud of the North Florida legal community’s reputation for civility and professionalism. 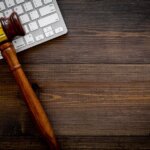