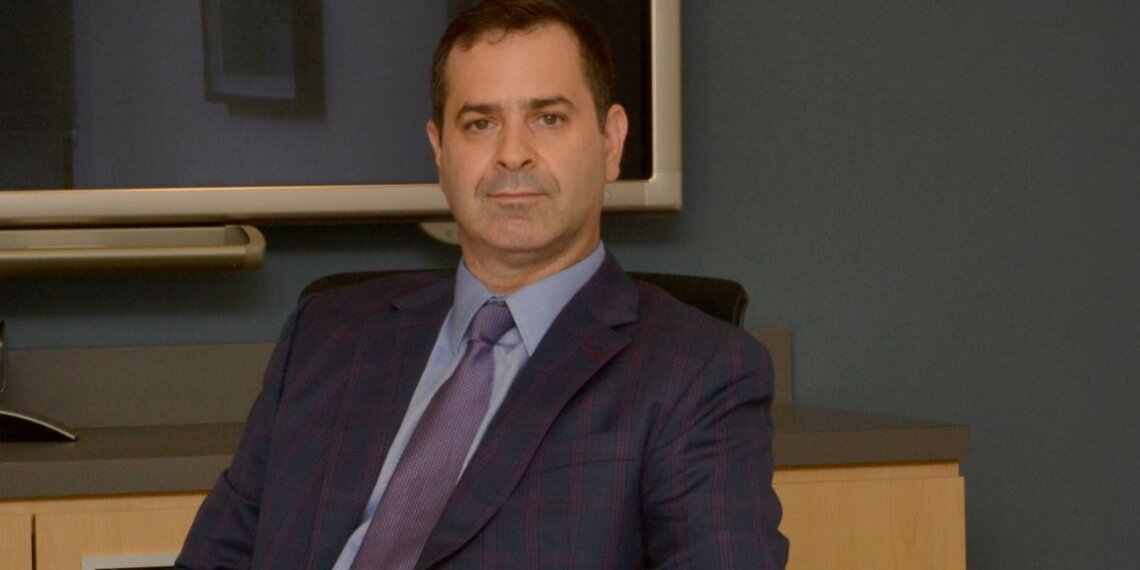 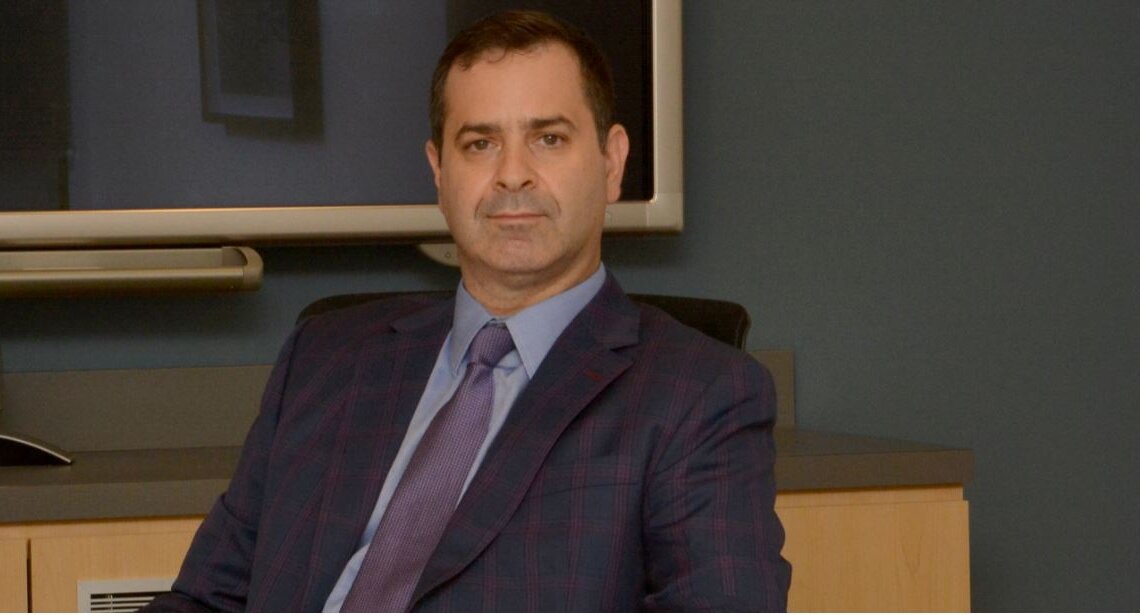 Back in the 1980s, Adam Fried was like any other normal teenager – enjoying a relatively carefree lifestyle, hanging with his friends and having a good time. Little did Fried realize that a protracted family battle over the handling of his grandmother’s estate during his adolescence would have such a profound effect on his career, eventually positioning him as a leader in the burgeoning area of elder law and probate litigation.

While Fried was in high school, his father sued his step-grandfather in probate court. Leon Weiss, who has since become Fried’s mentor, was retained by his step-grandfather to defend the lawsuit. “I remember my mom and dad saying how great a lawyer Leon was and that they wished they would have hired him themselves,” Fried recalls.

Fried began his career in general liability and auto defense at Hermann Cahn & Schneider. Two years later, that firm’s managing partner approached Fried about a job opportunity with Reminger Co. LPA. He told Fried, “I was playing golf with Leon Weiss; he’s looking for a young lawyer to take on a role as an estate and trust litigator.” Fried first discussed it with his mom, who had become friends with Leon’s wife, Ellie. Fried joined Reminger in July 2000, made partner in 2002 and never looked back.

“I knew I landed in the right place when I embarked on salary negotiations with then Managing Partner Mario Ciano. Being excited to learn from Leon, I undercut my value when asked about my salary requirements,” said Fried. Ciano refused to entertain Fried’s demands, saying, “If I pay you that little, you won’t feel part of a team.” In addition to being paid more than he requested, Fried arrived to a fully prepared office, replete with a sturdy Reminger briefcase embossed with his initials on the handle. “I still have that briefcase and remember how important that gesture was, and how good it made me feel about my new home.”

Fried studied Weiss’ biography on Reminger’s website, which revealed an in-depth knowledge of probate and trust matters, evidenced by the teaching of numerous courses and the authoring of many pertinent articles. It became apparent to Fried that if he wanted to be successful, he would have to study the law and share that knowledge through writing and teaching, and ultimately, utilize the knowledge gained to better represent his clients.

“Many lawyers will handle a probate matter regardless of whether they have experience with the issues at hand. The field is complex, implicating issues of tax, fiduciary duty, relationship dynamics, and mental capacity. While probate and trust work is not necessarily rocket science, it is virtually impossible to gain a true understanding as to the purpose behind the rules in the handling of just one case,” Fried says. “I watched Leon and another partner Russell Meraglio handle their cases, and saw how easily they weaved through the body of statutes and rules to effectively gain value for their clients. I needed to incorporate that into my own practice as well.”

As an occasional adjunct lecturer at the Cleveland Marshall College of Law, where he has taught the wills, trusts, and estates course to second- and third-year law students, Fried has gained invaluable experience and leveraged that knowledge in helping his clients. As an example, “I was retained on a case where the issue was whether my client was entitled to inherit. The client was not named in the will, but would have benefitted under the ‘Anti- Lapse’ statutes because his father, who was named a beneficiary under the will, had predeceased the testator and there was no named successor beneficiary. The will at issue contained general language disinheriting all persons not specifically named in the will, thus effectively contradicting the Anti-Lapse rules.” Fried said, “Try researching that issue – it’s not that easy.” But fortunately, Fried was able to recall a little-used doctrine preventing negative disinheritance that he learned from the law treatise from which he taught to be able to effectively argue for his client.

Fried describes Reminger’s culture with a mantra of “work hard, play hard.” Fried says that over the years the firm has been able to retain its personality and integrity through the manner in which management values its attorneys and staff . “What makes Reminger a great place to work is the effort the firm takes to ensure our people feel respected and succeed,” noted Fried.

Fried adds that the firm has expanded its reach, emphasizing that their organic growth is underscored by the mission of better serving their clientele. With 13 offices throughout Ohio, Indiana and Kentucky, Fried suspects the firm will continue its growth in the years to follow.

Serving and Protecting the Community

Fried is also passionate about giving back to the community, especially in helping the elder population, whose families comprise a large part of his client base. He explains that the aging population, consisting of those over the age of 65 is on the rise. A lot of wealth is being transferred down to younger generations and at the same time, the elder population is suffering from deteriorating health that can oft en result in reduced judgment and susceptibility to exploitation.

“The elderly, especially those with medical conditions that impair cognition or physical abilities, are oft en unable to protect themselves against predators that abuse, neglect or exploit them,” Fried says.

Fried serves as chairperson of the Consortium Against Adult Abuse (C3A), a five-county task force charged with identifying, preventing and providing treatment of abuse, neglect or exploitation of elders. He also serves on a steering committee developed by the Cuyahoga County Probate Court in conjunction with Cuyahoga County Adult Protective Services, responsible for developing protocols and a process by which various front-line service providers join together for the purpose of solving complex problems for certain members of the elder population who have otherwise fallen through the cracks of the system.

In 2010 the Elder Justice Act was signed into law, thrusting into national attention the immense societal issues facing the elder population in the form of adult abuse, neglect and exploitation. A recent case highlighting the importance of the Elder Justice Act is that of the PGA Legend, Charlie Sifford. Dr. Sifford, a winner of the prestigious Presidential Medal of Freedom and a member of the PGA Hall of Fame, became the subject of financial exploitation by his son and daughter-in-law, Craig and Sandra Sifford. Dr. Sifford had assigned power of attorney to his son, Craig, and also named Craig the successor trustee of his revocable trust. At a time when Dr. Sifford could not protect himself, Craig and Sandra began spending Dr. Sifford’s money on personal items, sometimes in amounts exceeding $30,000 per month. Fried was employed by family members to put a stop to such abuse and, as part of that process, a significant amount of information was uncovered through depositions and discovery demonstrating a pattern of fraud and breach of trust. Simultaneously, through the involvement of Adult Protective Services and thanks to the Elder Justice Initiative, a criminal investigation was initiated that led to the indictments and eventual imprisonment of Craig and Sandra Sifford.

Fried will present on the particulars of the Sifford case alongside the Bureau of Criminal Investigations special agent Arvin Clar at a training program sponsored by the Association of Certified Fraud Examiners this December. The program is intended to help law enforcement better understand that financial exploitation is not so much a “family problem” as it is a predator targeting a vulnerable victim.

Outside of the Office

In his free time, he enjoys spending time with his wife, Sheri, and their two children, Harrison and Hallie.

To the future generations of lawyers, Fried hopes to effectuate change in the area of communication.

“One of my pet peeves is professionals who want to do everything through email,” Fried says. “You can solve more problems through a phone call.”

He also notes that it’s important to focus on problem solving by making oneself available to clients and other professionals, understanding the opposition and adjusting positions to move forward.