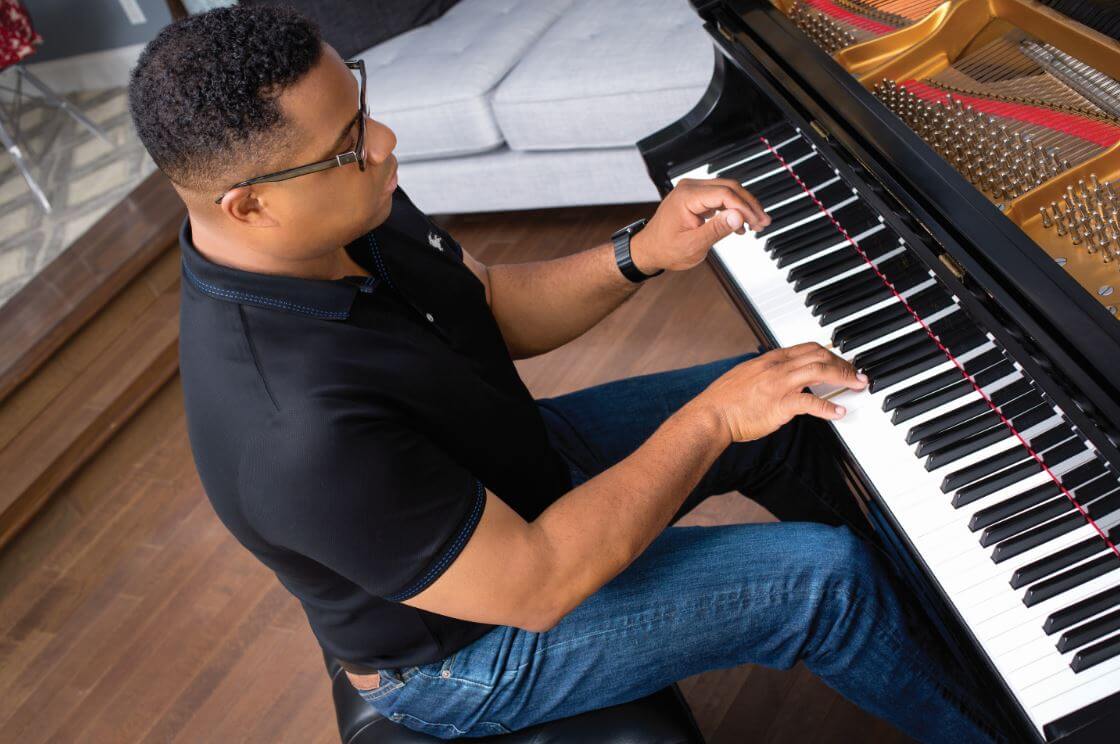 Alex Romain is loving Los Angeles. The award-winning trial lawyer — best known for his role as trial counsel in the successful defense of the late Senator Ted Stevens — left the partnership at Williams & Connolly in Washington, D.C., after his family fell in love with sunny California. With a new home in Santa Monica, he brings a lifetime of personal and professional experiences to a new beginning.

Big cases have kept Romain busy. As lead counsel, he recently defended a consulting firm against a malpractice lawsuit brought by the City of Houston, with his client settling for less than 5 percent of the city’s initial $830 million demand. He is defending claims relating to the recent wildland fires in California — the largest in Southern California history. And he will defend an airline in a three-week trial that begins in the fall of 2018.

His journey to Los Angeles, where he is a partner at the prestigious litigation boutique of Hueston Hennigan LLP, is aligned with his love of the arts. With the mind of a skilled lawyer and the heart of a musician, he seamlessly blends his two passions.

LESSONS FROM THE CONSERVATORY

This might seem an unlikely comparison, music and the law, but it is quite natural for Romain, a trial lawyer for whom music has played an integral role in his life, since childhood.

“Judges and juries generally want to do the right thing — and that is as much a matter of the heart as it is a matter of the mind. In an opening statement, a cross-examination, or a closing argument, my goal is to take the jury on a journey. I want to make them feel that justice, fairness, decency are on our side. That ruling for our client is the inevitable conclusion to the story we have told. It should feel right, and the jury should know that the law supports its verdict.”

Judges and juries generally want to do the right thing — and that is as much a matter of the heart as it is a matter of the mind. In an opening statement, a cross-examination, or a closing argument, my goal is to take the jury on a journey. I want to make them feel that justice, fairness, decency are on our side.

Romain credits his classical piano training, which began at the age of six, for at least a portion of his success in the courtroom.

“Great music carries a listener on a similar journey. The music has a defined structure — you introduce a theme and repeat it. The musician practices hard and prepares endlessly to interpret the music and demonstrate technical excellence under the pressure of a live performance. And just as a trial lawyer uses rhetoric and the right turn of phrase, a musician uses his performance to transport listeners — almost unwittingly — to an inevitable place. It just feels right.”

Romain’s parents, Haitian immigrants who settled in Boston, imparted to their son a love of music and lessons about life. “My parents told me that I would have to prove myself again and again. They were right, and I have accepted that reality. It is part of why I always strive to do better — for myself and my family, and in my work.”

The Romains were part of a close-knit Haitian-American community, with French as its native tongue. It is a connection he tries to pass along to his children, Aidan and Olivia, giving them French lessons in the early mornings before school.

Romain’s privileged education at the Boston Latin School and, later, Yale and the University of Michigan Law School, was due in part to the enduring sacrifices of his parents. As one example, as a young boy, Romain complained to his mother, a registered nurse, that he did not see her much after school. Soon after, she changed her schedule to work the overnight shift, for the next 20 years.

“My parents gave us everything they had,” Romain says.

Romain spent 17 years at Williams & Connolly, and over the course of his career, he has had leading roles in several high-profile civil and criminal cases. In addition to the successful defense of Senator Stevens, standout matters include the representation of the NFL’s Baltimore Ravens, during an independent investigation conducted by former FBI Director Robert Mueller into the NFL’s handling of the Ray Rice domestic violence scandal; and the successful defense of the former Chairman and CEO of Fannie Mae against securities fraud claims, winning summary judgment on all counts.

About his new firm, Hueston Hennigan, he notes, “I am fortunate to be working with a group of terrific lawyers — they are super-bright people.”

In his free time, Romain serves on the board of the Alliance for Children’s Rights and helps his children with their piano lessons.

His wife, Melissa, a talented musician in her own right, stepped back from a successful career in public relations to stay home with their children. When asked about her, Romain lights up.

“This is probably one of the few times when I am speechless.” He pauses to search for words. “It is almost impossible to describe the extent to which Melissa makes our lives better in every way.”

As the Romains settle in to their new life, this strong home base is particularly important — as it was in Washington, as it was in Boston, and as it was in Haiti.

“I could not be happier with the move that I have made,” says Romain.