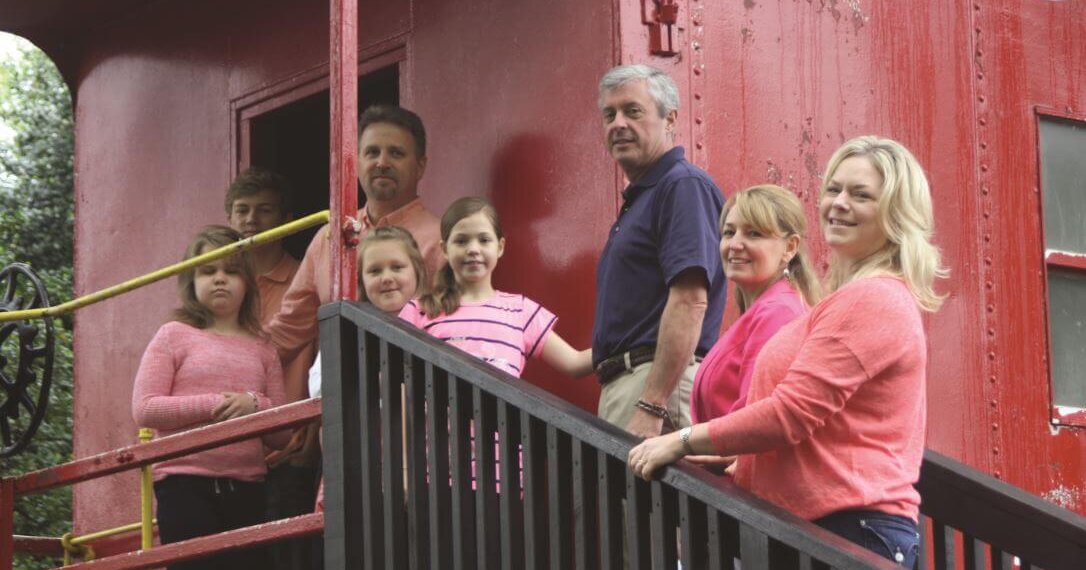 Scheduling a child’s day to day activities and determining an agreed upon custody schedule can be among one of the most difficult issues a family has to deal with in a child custody case. Even a minor scheduling error can turn a simple mistake into a much larger conflict and have a negative impact on the child. As such, Ann-Margaret Alexander and Andrea Nyren Doyle understand the importance of working out an appropriate custodial schedule among both parents in order for the child to be able to continue having a positive relationship with each parent, as well as allowing each parent to still have the opportunity to continue playing a role in their child’s life.

A significant portion of Alexander & Doyle’s family law practice is focused on child custody matters. “We always try to come to a quick resolution for the sake of the kids,” said Andrea Nyren Doyle. “If we can help the parents, then we are helping the children. And, generally, if the parents are satisfied and happy, you’ll have a happier child.”

Ann-Margaret Alexander and Andrea Nyren Doyle have practiced law as Alexander & Doyle, P.A. since 1995 when they graduated from NCCU School of Law together. Not only do they share a similar philosophy for their practice, but both handle an array of family law matters, from collaborative to high conflict with a gamut of options from settlement to litigation.

“At the first meeting with a client or a potential client, we try to find out what the client wants and help them work toward that goal. They may say they want to be separated, but what does that mean to them, I’ll ask” said Doyle. “We want to help them understand all of their options. They may think this is what I want and I’m not going to agree to anything else. It’s our role as attorneys to try to help them look at a different resolution. We walk them through their options to see what might be a good idea for them and their family.”

“Sometimes we have to encourage them to have self confidence in their own ability to make choices and do the right thing for their children,” said Alexander.

Common Sense Scheduling “The parents have to be able to communicate about extracurricular activity changes and school schedule changes. If you are dealing with an infant, things are always changing … nap times, bottle feedings,” said Doyle.

“When you add child custody to a case in which the parties are already having difficulties, their differences are exacerbated. Typically a party who felt they were being controlled will decide that they are no longer allowing the other party any control. The dynamic of the parent shifts,” explained Alexander. “Some teachers or teams or clubs may not be very good at communication and because of the mistrust between the parents, one parent may think the other parent is withholding information and not being forthcoming,” said Doyle.

“We try to bring common sense to the scheduling issues for the sake of the children. We tell parents that schedule changes may happen unintentionally. Things do happen, like a child gets sick and schedules have to be changed,” said Doyle. “We push the parties to communicate better so that when there are unexpected changes they are better able to co-parent. We try to look at what worked during the marriage for the children’s schedules for school, soccer, etc. so that even if the parties are not happy with that temporary arrangement, at least the kids and the parents know who is picking them up.”

“I try to remind the parents that if there is a miscommunication about a schedule, they just need to deal with the facts. Johnny needs to get to soccer. One parent needs to work. Can the other party take them to soccer? Deal in facts,” explained Alexander. “There’s no need to pull in personal attacks. For example, ‘I need to work late because you don’t pay enough child support….’ It will just prompt an attack from the other side.”

“Our job is to keep the lid on the pot and not let one incident allow everything to boil over,” said Cary family lawyer, Ann- Margaret Alexander. “When we are able to accomplish that goal it may help resolve all the other issues in a divorce.”

“With new clients, we ask them to copy us in emails to the other party, so we can remind them of appropriate communication,” said Alexander. “When conflicts do arise, I coach my client to take the high road,” said Doyle.

“I spend a lot of time assisting my clients in formulating a plan. We try to help them prepare a road map so they can have a goal to work toward. Sometimes we suggest parents use a Google Calendar for children’s activities and appointments,” said Alexander. “If they can come up with a custody arrangement and present it to the children as the best plan, then the children will accept it. Even if it’s not perfect, if all parties act like it’s agreed upon the children will believe everyone is getting along.”

“Having our own families allows us to think ahead a little bit and tell parents what to expect from their child as an infant, in grade school or as a teenager,” Doyle said. “We use our children as a yardstick to help the parents understand what is coming up in terms of a child’s development, school and extracurricular activities.”

Both attorneys agreed that having a frame of reference with their own families helps identify what is “normal” and what may be a consequence of the divorce. “I think it’s a combination of being moms and practicing for 20 years. We’ve gotten to know a lot of children and families with many different parenting attitudes, as well as, working with psychologists that help us to understand what falls within the bell curve of what is normal,” said Alexander. If we think a child is acting outside of what is considered normal, we’ll refer the parent to a therapist.

“We try to communicate to the client that their children will be fine if they can work through this process as amicably as possible. Even if the parents don’t like each other anymore, if they try not to show that to the children, they can still show up at school functions together. They don’t have to sit together if they don’t want to but they can still be pleasant to each other,” said Doyle.

“Nothing brings me more happiness than when a client sends us a picture and an update of their child at a prom or graduation,” said Doyle, “You see that those kids have grown up, they’re fine and we get that satisfaction of seeing a client move on with their lives to a new normal where they are happy and the kids are alright.”