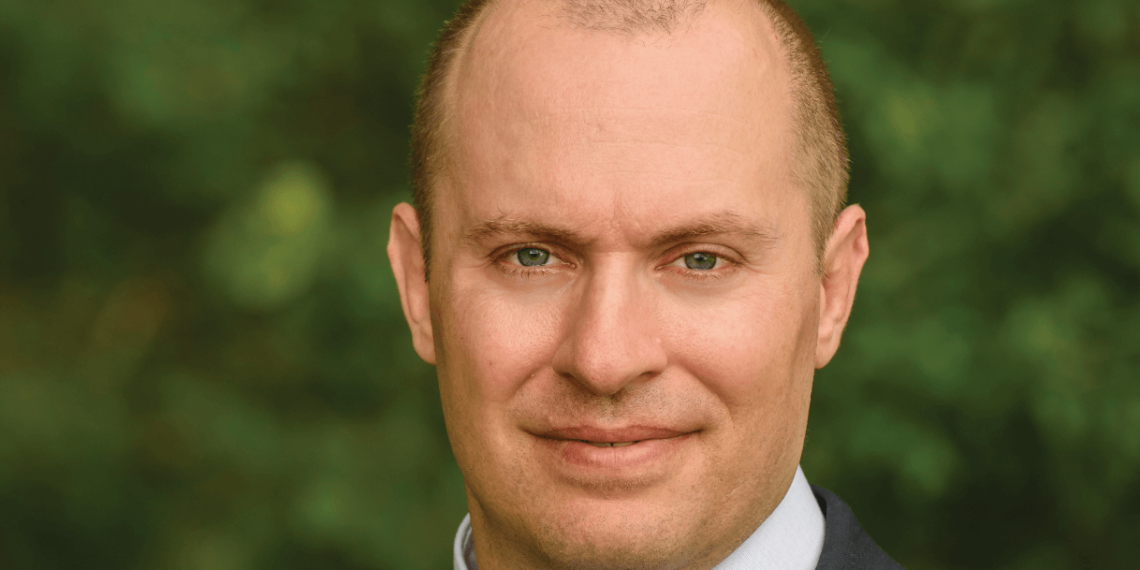 When Andrew Cobin arrived in Raleigh in 2012 after serving for seven years in U.S. Navy Judge Advocate General’s (JAG) Corps, he set up an estate planning and elder law practice. But creating his own estate plan was the farthest thing from his mind.

That changed in 2014, when he and his wife, Wafa, gave birth to their daughter, Audrey.

“When I saw Audrey lying on my wife’s chest for the first time, it was right then that I said, this is a whole new level of responsibility and I need to get my stuff together.”

The “stuff” that Cobin needed to get together are the fairly common issues for many new parents who need to make a long-term plan.

“My goal for Audrey was to set her up for success with a long-term estate plan so she can become educated, sustain herself, be a good person,” said Cobin. “She’s only 2, and I can tell she’s smart. We want her to have confidence so she can become whatever she decides. Our plan should set her up with the kind of confidence I earned in the Navy to go out and open my own practice.”

“I joined the JAG Corps because I thought I wanted to be a litigator. I began litigating right away. I had the chance to do defense and prosecution,” said Cobin.

Cobin’s tour of duty included San Diego, Naples, Italy and Djibouti, Africa. In 2010, he was stationed aboard a British frigate off Africa as part of a counterpiracy operation. It was the height of the hijacking of freighters by Somali pirates. The 2009 hijacking of the U.S. container ship Maersk Alabama by a crew of Somali pirates became the basis for the Tom Hanks movie, “Captain Phillips.” Cobin was tasked with advising on international maritime law matters, particularly with regard to who can board ships while at sea, as portrayed in the movie.

“When we were out there, someone was pirated almost every day. But no country wanted to prosecute because once you bring a pirate into the country, they could ask for asylum. This was particularly the case in Europe where being imprisoned was a heck of a lot nicer than being a freeman in Somalia. So, we would just take our captured pirates into Somali waters, point them toward land and let them go.”

Cobin continues to serve in the U.S. Navy Reserves. He is accredited to represent the claims of veterans before the Department of Veterans Affairs (VA).

“My direct takeaway from practicing in the military is that it gave me the confidence to figure out what needed to be found in the law and to not be afraid to make a decision,” he said. “I take the same approach when working with clients. I help them make the important decisions so we can move forward to create their plans.”

“The first thing I tell parents is to buy life insurance,” he continued. “A million-dollar term life policy is usually dirt cheap. That’s a no-brainer. Then I tell them to set up a trust for that money, so they have people in place to manage it without court interference in the event of their death.”

Cobin works with his clients’ financial planners to address certain issues such as when the money should come out, how it comes out and how it should be used.

“There is a hierarchy of needs when an estate plan is written. The laws are set up so people can save for retirement tax deferred. That is a tremendous tool. That’s the first bucket I recommend filling,” said Cobin.

“Estate planning documents are legal documents, but they provide little instruction in the form of your values and goals. We know that people either can’t make decisions or make very poor decisions when they are in a grieving period. So by memorializing your instructions that makes this a lot easier.”

Cobin said that estate plans are, “not write it and forget it.” He urges clients to review their documents at least annually, and to have their plan reviewed with a professional every two or three years. “There is probably going to be some change in the law or the family in that time.”

A TRUST FOR AUDREY

“The comprehensive plan we created for Audrey and our family is typical of what I try to set up for my clients,” said Cobin.

“For instance, my wife and I have a living trust document that we put in place. We created it, we are the trustees of it and we are the beneficiaries of it. Wafa and I have transferred all of our assets into this trust. The trust is created in such a way that allows us to manage our assets the same way we have always done with no restrictions or tax differences. Our property just has a different form of title,” said Cobin.

“We set up wills, powers of attorney and a living will. We’ve also created a stand-alone trust for Audrey to receive payments from our retirement accounts so that someone else can manage these accounts until she is ready to take them over.”

“We are using our Roth IRA to set up stage one of Audrey’s college fund. Next, we decided on a shortrange bucket for things we want to do to the house, medium range goals to move to a new house and the long range goal is getting Audrey through college. Beyond that our plan is to retire as early as we can or at least have that option. We also have a fund set aside for travel each year,” he said.

“The magic of it all is identifying what those goals are, looking at the numbers to see what’s sustainable, and allocating income appropriately. Meanwhile, you need to consider the stuff that always comes up and have funds set aside for any emergency.”

“If something happens, I’d like Audrey to know that Dad was thinking about her when he set this up; that Dad left her with some instructions and in a financial condition where she can benefit as if I were there. I want to write how much I love her and my hopes and dreams for her.”