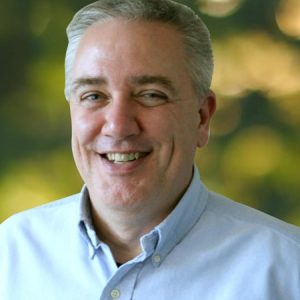 Although no secret for legal professionals, members of the general public might be shocked to find out that asbestos and the whole panoply of related diseases are still a matter of current public concern. In case you need a memory refresh, asbestos is the mineral that used to capture headlines all through the ’70s to the ’90s due to its incredibly hazardous properties.

“Incredibly” hazardous because you wouldn’t expect for a mineral that had been ultimately proven so dangerous to see so much unrestrained use for the better part of the 20th century. Highly flame retardant, electrically unconducive, and resistant to corrosion, asbestos used to cover or be mixed into almost every part of an industrial installation, civil building, and naval vessel susceptible to any of the above; as well as a good chunk which, strictly speaking, weren’t. For example, 1960s home decorators found it quaint to add asbestos to paint for residential houses, as it made the colors more vibrant.

If left undisturbed, asbestos can be said to be relatively safe, although how exactly could a potential source of asbestos in one’s roof, brake pads, walls, or near electronics requiring regular maintenance can stay so for the entire lifespan of the said object is entirely unclear. Asbestos is also notoriously brittle, and upon tamper, prone to releasing needle-sharp microscopic fibers that can lodge into your lungs, stomach etc., and stay there for a potential lifetime upon being inhaled. Even in small quantities, exposure to asbestos runs you the risk of developing lung cancer, mesothelioma, and asbestosis.

After a history of complaints, ignored research, blown whistles, industrial cover-ups, and litigation lawsuits that goes back at least since asbestos first saw widespread use, the U.S. Environmental Protection Agency finally places the mineral under stringent control in the 1970s, to be followed by the Congress passing the Asbestos Hazard Emergency Response Act (AHERA) of 1987; probably the most important piece of legislation concerning this hazardous material. This finally led to asbestos use dropping to less than 400 metric tons annually in America by 2015 according to U.S. Geological Survey figures. Considering the size of the United States, that’s a negligible amount by any metric.

Simply put, asbestos might not be employed with the same abandon as in the past, but it is still claiming victims at a rate higher than anyone would have expected. Center for Disease Control and Prevention (CDC) scientists projected a significant decrease in mesothelioma deaths from 2001 onward, in keeping with the actual reduction in its use. However, that figure saw an actual increase from 1999 to 2015, namely from 2,479 to 2,597.

This might not seem like much, but given how mesothelioma is exclusively caused by exposure to asbestos, statistics for the rare condition could be used as a proxy for the wider scope of gauging the wider asbestos problem. For every mesothelioma case, we can safely conclude that there are a handful more patients with lung cancer caused by asbestos, and quite a few more asbestosis sufferers still.

In fairness, mesothelioma has a long latency period – as high as 50 years, although usually closer to 20 – so most people coming with it today must have been exposed back when asbestos wasn’t as heavily regulated. This is not to say that a significant number of “new” cases aren’t still being recorded.

The NPR reports on a “third wave” of asbestos disease, affecting mainly the workers who encounter the mineral while demolishing and renovating old buildings. There is also a worrying trend of off market car, airplane, and ship parts manufactured in places with a dubious quality-control history containing illegal quantities of asbestos. 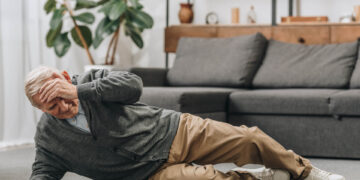 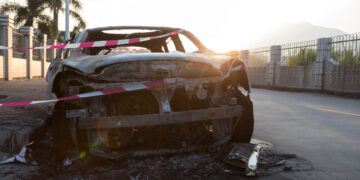 How Can We Fight Back?

In one word: litigate. Seeking claims for asbestos injury is still quite doable. I asked Gregory A. Cade, toxic exposure lawyer from Birmingham, Alabama and president of the Environmental Litigations Group what steps to take in order to receive compensation.

“The first thing I ask my clients is whether they’ve been diagnosed with an asbestos-related disease and how long ago. The amount of time they were exposed to asbestos is also important, as this impacts both the severity of the condition and the chances it was caused by asbestos rather than anything else.”

Most of Cade’s clients are former blue-collar workers who were exposed to asbestos on the job. While there is such a thing as “worker’s fitness” — the notion that people who hold industrial jobs tend to be in better shape than the general population — it’s equally true that they also tend to smoke at higher rates than average.

“A history of smoking naturally makes the case a lot more difficult for us, but is in no way a sure shot for the defense”, Cade says. “Smoking can elevate the chances of developing an asbestos-related condition and vice-versa, if our doctors find asbestos fibers in your body, then you have good ground to sue.”

The medical examination cannot be conducted by just any doctor. He or she must be first accredited under the National Institute of Occupational Safety and Health (OSHA) “B Reader Program” used to train physicians in examining radiographies for certain dust particles.

Regardless of your previous diagnosis, Cade always recommends a second medical opinion.

“The presence of asbestos particles is hard to detect early on, and due to their long latency period, asbestos-related conditions might not fully manifest for decades. While putting pursuing damages on hold, clients can become liable for higher compensation. Asbestosis, for one, has a tendency to evolve into more severe conditions.”

Detecting asbestos inside the body is trickier than it might seem. It used to be believed that fibers of the mineral can only get lodged in one’s lungs, so only mesothelioma and lung cancer patients were liable for compensation. Not anymore; asbestos had been linked to gastrointestinal (both stomach and colon) and esophageal cancers — even with rare pericardial diseases.

And no one demographic category seems to be exempt from asbestos-related sickness. Cade tells us he has represented people from 19 to 90 years of age. Y

“Young people may have gotten exposed as babies from asbestos found around the house, while old pensioners could have inhaled a lifetime supply of it during their 9 to 5 or military service.”

Wrongful death lawsuits are also a possibility when your loved one passed away as a result of asbestos disease.

“We represented a woman whose father died from mesothelioma. The family didn’t demand an autopsy and took very long in considering a claim. However, we did manage to obtain compensation from the deceased employer because mesothelioma can only be caused by asbestos, and the cause of death was firmly established.”

Both injury and wrongful death lawsuits fall into the wider category of product liability torts, and it’s all but impossible to pursue the military with these, although soldiers were often exposed to asbestos while in service. However, the companies who supplied that asbestos to the government are more vulnerable. Back in the 1990s, they were forced to open trust funds by the government after many “were filing for bankruptcy in an attempt to escape liability.”

Traven Pyles is the Administrative Director of the Environmental Litigation Group, law firm specializing in toxic exposure cases. Part of his job is to raise awareness about the environmental-related dangers we are all facing. He has over 20 years of experience researching and providing support in asbestos-related litigation cases.