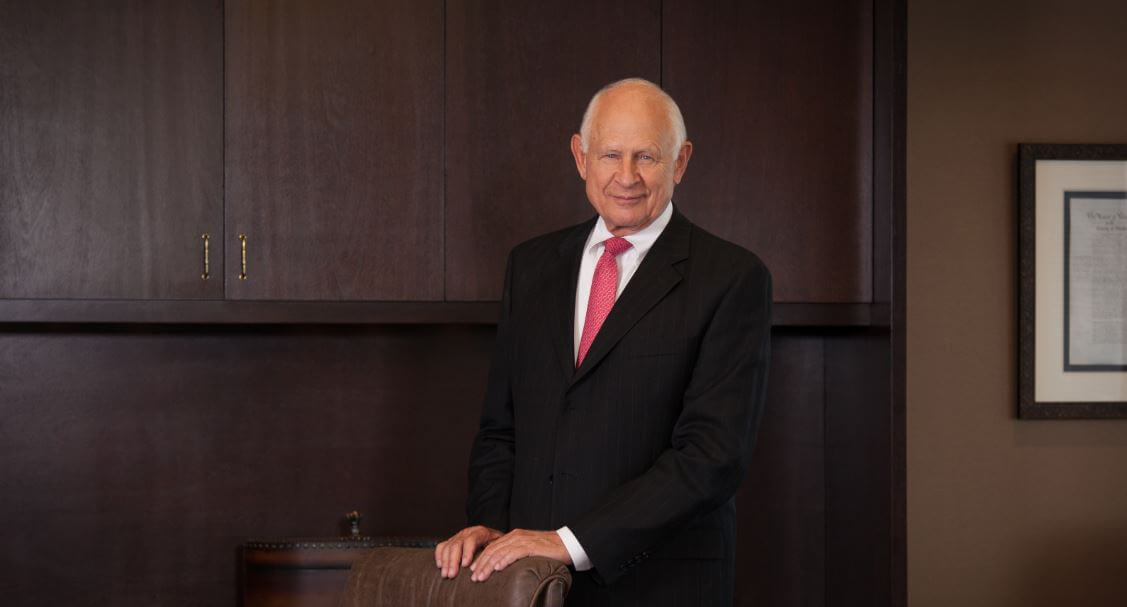 Aubrey B. Harwell: A Reputable Pedigree

By mutual agreement, Harwell, who was just 28 years old at the time of the firm’s founding, became its managing partner, a position he held for more than 40 years. Today the firm is run by executive committee and Harwell is a committee member. Neal died in 2010.

“My management style was that of building a consensus,” he says. “Jim and I were such incredibly close friends and no major decisions were made that were not in conjunction with discussions with him.”

Harwell met Neal, whose legacy includes prosecuting Teamster’s leader Jimmy Hoffa and top aides to President Richard Nixon during the Watergate trial, while in law school at Vanderbilt University. Neal was an adjunct professor at the school and Harwell took a class he taught. Harwell went on to become a summer associate with Neal’s firm and later an associate attorney, which became the platform for forming Neal & Harwell.

High-Profile Successes Over its more than four decades, Neal & Harwell has represented many highprofile individuals and companies and the firm continues to do so today. Just a couple of notable individuals successfully represented by the firm include film director John Landis, who faced criminal charges for an on-set helicopter accident that killed three people, and George Nichopoulos, the doctor accused of illegally dispensing the drugs to Elvis Presley that resulted in the singer’s death. More recent clients, represented by Harwell, include Bridgestone – for alleged tire tread separation issues – and Edward DeBartolo, Jr., former owner of the San Francisco 49ers, in various matters. Pilot Flying J, Pfizer and Atmos Energy are included in his present clients. Governors, congressional representatives and other high-level government officials and prominent people from throughout the country, regularly call on the firm for help with a variety of matters.

“We are unique, being in Nashville, in the cases we handle and have handled for decades,” Harwell says. “All of it started with an unparalleled string of high-profile, complex cases that Jim Neal and I and others in the firm tried. Those experiences provide our lawyers with a pedigree and abilities that have now been passed down to the next generation of lawyers. We believe very firmly that the success of our law firm is based on that experience and that pedigree.”

While the firm was built on that strong foundation, it doesn’t rest on its laurels. Its continuing successes come about because of the talent, dedication and teamwork of its present-day staff of approximately 75 people, including 30-plus attorneys, according to Harwell.

“We have a firm with incredible talent and with different people who have different skills,” Harwell says. He notes that the firm’s growth, which he says has always been slow and steady, is driven by the needs of its clients, not by planning projections. Toward that end, the firm recently added four new “incredibly bright and capable associates,” Harwell says, noting that it is the largest class of associates ever hired at one time. The firm is moving to larger Nashville offices next fall to keep up with client demand.

How does Harwell approach cases to meet client demand?

“Typically, in major matters in crisis management or complex business litigation or white-collar criminal cases, the firm puts together a team of lawyers,” he says. “We try to assign those who have special talents in particular areas. For example, I always want someone who is good at research. I look for someone who writes well. I want someone with the ability to analyze. We put together the team and members weigh in – it is a consensus situation, with me or another senior member of the firm heading the team.”

Harwell weighs in on the culture he has created over the years, which he says is crucially important.

“Our culture includes collegiality and respect for everyone,” he says. “Everybody in this firm has an important responsibility. Everybody has to fulfill his or her responsibility for this operation to work well, so I think respect for everybody across the board is important. In addition to that, I really believe that our people understand that the highest ethical standards are a litmus test of everything we do. Sometimes lawyers do things that are risky for themselves and their clients and sometimes they step over the line. We are very conscious of always doing what is right and professional.”

Having a reputation as a dedicated professional is important to Harwell, who has been widely recognized within the profession for his achievements. And his professionalism and hard work is something his clients appreciate. One of his favorite “truisms” is “Work hard, take care of business every day and good things will happen.” Another is “Dedication and hard work make up for a lot of deficiencies.”

What does the dedicated and hard-working Harwell most enjoy about his law career?

“I love the great feeling of victory,” he says. “And I most hate the depressing feeling of failure. Losing a lawsuit is like a little bit of dying. I am not driven by a need to succeed – I am driven by a fear of failure.”

For the Nashville native, being a lawyer always meant being a trial lawyer. He had initially considered following in his father’s footsteps and going to medical school, but along the way he gravitated toward the law. He has not looked back since and he uses the successes he has achieved to help others.

Giving Back Harwell believes that “to those to whom much is given, much is expected.” He lives those words by supporting numerous philanthropic, educational and professional organizations. He is a member and past board chairman of the Community Foundation of Middle Tennessee. “I truly believe in their mission,” he says. An eagle scout, he is on the national board of the Boy Scouts of America and says that he believes the organization provides phenomenal benefits to the youth of our country. Harwell is also a member and vice chairman of the Nashville School of Law, a past board chairman of Vanderbilt University Children’s Hospital, a vice chairman of Meharry Medical College and past board chairman of the Easter Seals Society of Tennessee. He is also a chair holder in the Jennings Jones College of Business at Middle Tennessee State University. These are just a few of the many organizations to which he gives back.

“My desire in public service is to express my gratitude to the community,” he says. “I truly believe that those who succeed in life have an obligation to pass onto the next generation some of the benefits of their experience.”

About his own “next generation” and family, Harwell says, “I have been incredibly blessed with two sons. And I have a lovely wife and grandchildren I enjoy being with and who are a huge part of my life.”

Aubrey “Trey” Harwell, III is a partner in the law firm. Harwell’s other son, Christopher Harwell, is a real estate executive. In addition to the pleasure and relaxation he gains from spending time with family and friends, Harwell enjoys bird hunting, fishing and boating.

Relaxation can be tough with a busy law practice consisting of complex cases and high-profile clients. Harwell admits that his personal and philanthropic lives sometimes get put on hold when meeting the important responsibilities to his clients.

“When a client’s liberty or net worth is at stake, you have to work incredibly hard to avoid losing that liberty and those assets,” he says. “You do whatever is required to provide the client with the best possible representation. That is true for me and for all the attorneys at the firm.”