Bennerotte & Associates P.A.: It’s Not Just About the Money 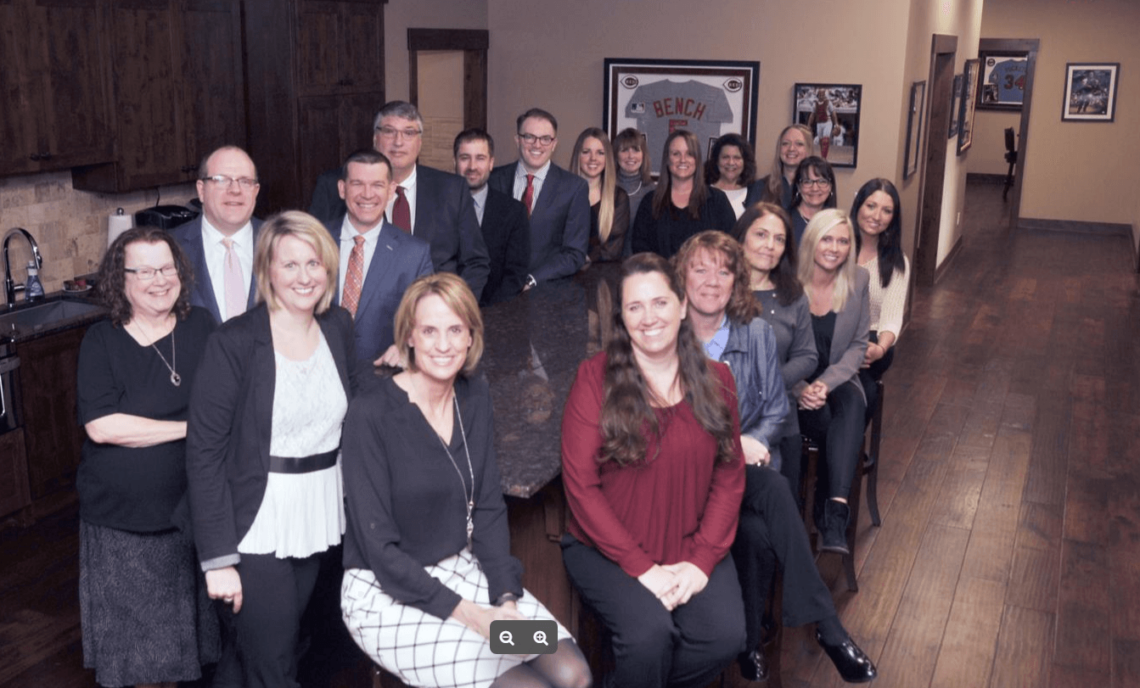 Attorney Thomas Bennerotte of Bennerotte & Associates P.A. knows that when injured people come to him for help, it’s not just about the money. It’s also about acknowledging a wrong; it’s about getting justice; and it’s about ensuring that the same thing doesn’t happen to someone else.

From the very first contact, Bennerotte listens for what is most important to someone, and then he and his team spring into action to make it happen. “We listen to people and try to figure out what’s wrong,” Bennerotte said. “Why are they here? What do they want? What are they afraid of? What ultimate goal do they hope to achieve? Most want money, but there is often an intangible, too. If they’ve been hit by a drunk driver, or a doctor hurts them, making sure that bad things don’t happen to somebody else is often one of the biggest motivators. We listen, and we develop a plan for how to get there. As the plan changes, we tell them what’s going on. Every client has a different goal. I have only one goal – to make sure that at the end of the process, they’re happy.”

Following the tragic death of his sister in an auto accident in 1989, Bennerotte experienced for himself what families go through during a catastrophic event. “After what happened to my family, the biggest thing I learned was that empathy is a powerful thing. Seeing first-hand how insurance companies deal with people, it’s clear they’re not very compassionate. I know if I can feel your pain, I can do a better job of helping you. I have to treat someone the way I would want to be treated. I know what they’re going through.”

A native son of Minnesota, Bennerotte completed his undergraduate degree at the University of Wisconsin, Eau Claire with honors, and responded to a job listing for an insurance underwriter. The interviewer told him that with his personality, he’d be better suited as a claims adjuster. He still remembers his second interview at the company’s office in St. Paul, the snow sifting outside the window, and the interviewer there telling him that many insurance claims adjusters go on to become attorneys. “I thought, not me.”

It only took a few years for Bennerotte to change his mind. “I saw that if somebody was not educated or not represented, they were not going to get what was fair. I had already seen what my family went through. I realized I’d feel a lot better about myself if I went to work for the little person.”

A year after Bennerotte began law school at William Mitchell College of Law, he jokingly asked a plaintiff’s firm he’d been handling cases against when they were going to hire him. They called a week later to ask if he was serious. He began his legal career as a clerk at Robins, Kaplan, Miller & Ciresi, completed his law degree and continued there as an associate until 2003.

Bennerotte opened his own firm a few years later. He started out in 2007 with just himself and a legal assistant. Today, Bennerotte & Associates P.A. is comprised of 20 professionals who occupy their own stately building on the aptly named Justice Way in Eagan, Minnesota. From inception, the firm’s focus was on providing zealous and compassionate advocacy of injured people, and that has never changed.

Although Bennerotte and his team are in high demand, they continue to provide service that is client-centered and high on communication. Every client is assigned a whole team who will work on their case, comprised of an attorney, a paralegal and a legal assistant. “I am probably a bit old fashioned when it comes to client communications. Way back when, when I first started the firm and it was just a legal assistant and me, we both answered the phone. Many times, I had a call on my office line and my cell at the same time. As time went on, I hired a receptionist. I hate recordings. As we got busier, I added a second receptionist. So, when people call, they always get a live person. If they want to talk to a lawyer, there is always someone available to speak with them.”

Bennerotte and his team are also proactive about reaching out to clients every 30 to 45 days with case updates.

Several of Bennerotte’s associates and staff have previously worked for insurance companies, and their combined insight into the opposing side gives them a decided edge when representing injured people. “We understand fully what is happening on the other end of the phone. Sometimes I even say to an adjuster, ‘I know you want this file off your desk. What do you need from me?’ We know better what to do, and we get better results.”

It’s not just about the money, but let’s face it, the money is nice, too. Bennerotte admitted to being both tough and competitive. He’s not afraid to try cases, and he likes to win. “When I was an adjuster, I knew who would and wouldn’t try cases. Those who didn’t got a lot less money. I find that a lot of lawyers are afraid to try cases, and a lot of clients are afraid of lawsuits. As we try cases and get more favorable verdicts, we have the leverage to get results both in and out of the courtroom.”

A big sports enthusiast and kids’ soft ball coach, Bennerotte looks at building a winning legal team much the same as building a championship sports team. “I’m trying to formulate the best group of people who will play and win together. It’s not always about hiring the best or smartest, but about who will make the team more effective.”

Bennerotte is uncompromising in his demand for excellence, while providing the space for everyone to succeed. He said it used to bother him when he saw partners take the day after Thanksgiving off, while expecting everyone else to show up at work. “In our office, the day after Thanksgiving is a holiday for everybody. I think it sets a bad example as a leader to say, ‘You need to come to work, but I don’t.’ The bottom line is that I am great to work for, as long as you give me your best effort. I make things a bit competitive here, whether it’s to compete with yourself or your teammates. When we do things better, everybody gains, and our clients gain most.”

Coaching kids’ soft ball is Bennerotte’s greatest passion outside the law. He began coaching his three daughters, and he soon found a calling in providing leadership for kids that extends beyond the ball field. “When my girls are done playing, I will continue to do this because lots of kids have nobody who believes in them. The ones who are the most fun to coach are the ones who struggle the most. They need you the most. There’s great satisfaction in seeing them finally achieve what you knew they could. It makes an impact on their lives that goes beyond the game. I have the same goal as a coach as I do at work. I’m going to do the best job I can. I’m going to play to win. And, at the end of the season, I want people to say they’d want me to be their coach again.”

People frequently say they want Bennerotte to be their coach, and their lawyer, again.

There is a sign hanging on the wall in Bennerotte’s office. It says: “Do what you love, and you’ll never work a day in your life.”

This is a fitting adage for a guy who loves what he does; it’s not just about the money. “If I didn’t love this, I’d be doing something else. Going back to my roots, I learned to do the best I can and never give up. I will stay up late to make sure I’m more prepared than my opponent. I always assume I’m going to win. I look at every situation and find the positive in it, and I hope to instill that in the people who work for me. If nobody paid me to do this, I’d do it anyway. I can’t think of a better way to spend my life.”