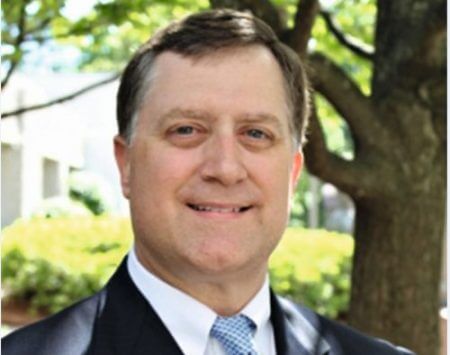 As a boy growing up in Dothan, Alabama, Bernard Nomberg learned a lot about the law at the feet of his father, a successful lawyer who recently retired to Gulf Shores after more than 45 years of practice. Following a year in Vietnam after graduation from the University of Alabama School of Law, Nomberg’s father, Joel, faced a choice – go the traditional route by associating with a big city law firm or go solo. He chose the latter.

“Dad had offers from big city firms and even out of state,” Nomberg says. “But he liked Dothan and wanted to return home to begin his legal career.”

It turned out to be a good decision. As the commercial and financial hub of the growing Wiregrass, rapidly growing Dothan had hundreds of individuals who sought out Joel Nomberg for help with domestic relations or workers’ compensation matters. Among them were many rural clients.

“There were many times when clients would give him produce, even to the point of trucks pulling into the driveway with frozen pizzas and steaks as payment,” he says. “Sometimes they would also bring handcrafts or things they had made personally. He had a sort of display cabinet in the lobby of his office that was full of those things people would give him as thanks for the good things he did. Dad’s example still sets the tone for our firm today.”

As Bernard Nomberg’s interest in law as a profession grew, so did his love for sports. He was a standout in both baseball and football at Dothan’s Northview High School. As a senior, he quarterbacked the Northview Cougars football team to the state 6A championship in 1985. Several of those contests ended in ties as the clock ran out.

“Our team was known as the Cardiac Cougars because we went into overtime in five of our 15 regular season and playoff games,” he recalls.

His performance got the attention of the college scouts and coaches. He says he accepted a scholarship offer from Vanderbilt University because of the school’s superior academic standing.

Arriving in the fall of 1986, Nomberg played four seasons for the Commodores. Talented though he was, Vandy had a couple of quarterbacks even better.

“I was largely a backup QB as there were some talented guys on the squad,” he says. “We did not have very good seasons from a win-loss standpoint. Despite this, one thing I learned from sports is not to ever give up on goals.” Still, his sideline perch gave him a ringside seat to all the action on the field. Lots of plays and incidents stand out in his memory.

“Watson Brown, who played at Vanderbilt from 1969 to 1972, had returned as the Commodores’ head coach the year I arrived. I was his first quarterback recruit,” he says. “Watson was well known throughout Tennessee for leading the ‘Dores to their 1969 win over Alabama in Nashville.”

“One incident that stands out was our 1987 game against Maryland in Nashville,” he says. “Maryland had the ball, and ran the same pass play twice, throwing incomplete passes that ended up in the sidelines. I was standing on the sidelines and caught the overthrown ball the first time. But before I could catch the ball for the next play, Coach Brown made a diving catch right in front of me, jumped up and gave me a high-five on the sidelines just before he spiked the ball. When have you ever seen a college head coach do something like that during a game?”

And there is a tragic incident that stands out, an incident seared forever in the memories of Vanderbilt players and fans. It was the 1989 game in Oxford, Mississippi, the day Ole Miss player Chucky Mullins shattered four vertebrae in his cervical spine, immediately paralyzing him.

Nomberg takes a solemn tone as he remembers it. “Anyone who was in attendance at that game certainly remembers those events of that day.”

Chucky Mullins, an athletic kid from rural Russellville, Alabama, played defensive back for the Ole Miss Rebels. On a pass play from Vanderbilt quarterback John Gromos to end Brad Gaines, Mullins smacked his head into Gaines on the tackle, immediately injuring himself.

“We knew something was terribly wrong when Chucky did not get up,” Nomberg says. “They had to stop the game for almost 45 minutes before they were able to get him off the field.” The play left Mullins a paraplegic. He died two years later from a blood clot in his brain.

Following graduation with a Bachelor of Arts in history, Nomberg returned to Alabama, enrolling at the Jones School of Law in Montgomery. He had the opportunity to clerk for two outstanding lawyers, one in Montgomery, Howard Mandell with Mandell & Boyd, and the other in Birmingham, Ed Hardin with Hardin & Hawkins.

“I was able to clerk during the day and take classes at night,” he says. “The ability to clerk immediately was very appealing. I was thankful for the opportunity to get into the courtroom during my first year of law school. Learning from such fine lawyers made such a powerful impact.” After law school, in 1995, Bernard joined Hardin & Hawkins. After the firm disbanded, his brother, David, joined him to form Nomberg Law Firm.

“One of our philosophies is to show empathy and compassion for our clients,” he says. “When a person gets hurt on the job all of life’s stresses are compounded. The worker’s health is compromised, which in turn, leads to dealing with medical costs issues, lost income, daily questions about how they will financially survive. A family has expectations based on income, but an injury creates myriad stresses that must also be dealt with. Our clients need someone to turn to for answers and to help relieve some of that stress by getting answers and by representing them in their greatest time of need. They need to know we are listening. I spend nearly half of my time each day talking my clients through these very real situations. “

The firm’s reputation for fighting on behalf of its workers’ compensation clients has produced a client base across Alabama. “We have a statewide practice, and have had the privilege of representing injured workers in about 60 of Alabama’s 67 counties. With all that travel, I think David and I have eaten in just about every BBQ place in the state!”

Those gridiron experiences have made a difference, Nomberg says. “Though I did not play much in college, I put just as much effort into practices and scrimmages as if I were the starting quarterback. There is no replacement for hard work, dedication and a love for what you do. I truly enjoy the practice of law. You may not always achieve your goals in the short run, but you keep on trying. You just keep chopping wood – that’s our motto around here. You just keep doing those things that make you successful.”

A featured attorney from the SEC College Football Special Issue.