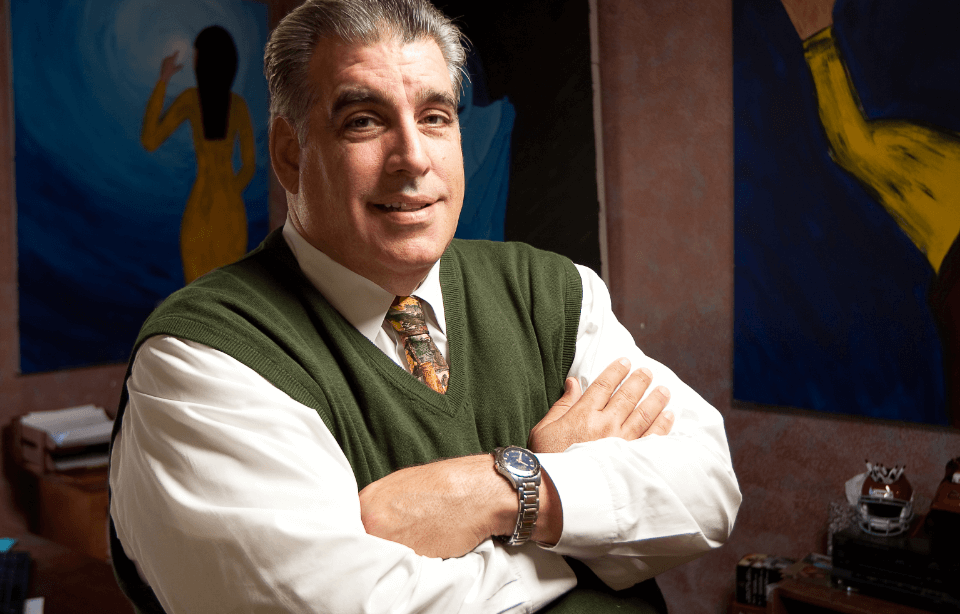 “I don’t know why God led me to become a lawyer. I’m just glad He did,” says criminal defense attorney Bernardo Garcia.

For those who know Garcia, those few words are very revealing. A man true to himself and his beliefs, Garcia is as unpretentious as he is unimpressed by status symbols or other typical measures of success. For him, real success is doing what is right and standing up for those who cannot defend themselves. And, while he would never think of describing himself in this way, the fact is that for hundreds of people he is a true hero.

“My vision for my practice has developed as I’ve grown as an attorney,” he says. “When I first started my own firm, I had more of a general practice, but over the years I’ve whittled that down to what I find most gratifying.”

The father of seven, Garcia understands better than most just how much a mental disorder can affect the actions of an individual. Diagnosed with autism, Garcia’s youngest child, Pablo, requires special care and attention.

“I don’t know why God led me to become a lawyer. I’m just glad He did.”

“Although I was representing clients with mental health challenges long before Pablo was born, I now have an even greater empathy. I’m very familiar with the struggles the parents of my clients deal with,” he says, “fighting for proper care, appropriate education, and other assistance can be a full-time endeavor. Without the love and support of my wife, Kathy, we would not be able to serve Pablo adequately.”

Early in his career, he represented several individuals afflicted with mental illnesses. “I gravitated more and more toward these cases, until eventually it became my primary focus. For me, representing people who suffer from mental illness, and through no fault of their own find themselves in the criminal justice system, is both important and extremely rewarding.”

“They are among those who need protection the most,” he adds. “In my opinion, to have someone punished due to actions they have no control over because of their mental illness is an injustice. It is unfair and unethical to allow the mentally ill to suffer in the prison system, especially when often the illness can be successfully treated, and the person become a productive and crime-free member of society.”

Calm yet decisive, when he speaks, Garcia’s words are precise and thoughtfully chosen. Fully engaged, always addressing others with respect and looking them straight in the eye, he emotes an air of confidence combined with wisdom, which in turn, elicits trust.

It’s easy to visualize Garcia capturing the attention of a full courtroom. When discussing his clients, his passion is impossible to ignore.

“I firmly believe that everyone deserves to be fully heard in the criminal justice system.”

“I firmly believe that everyone deserves to be fully heard in the criminal justice system,” he says. “It’s the right of all individuals to be protected in our criminal justice system. In my representation, I make certain that all circumstances surrounding my client’s behavior will be considered at trial or by a court, including his or her mental faculties and abilities.”

By drawing upon his own knowledge and expertise in this area, as well as calling upon mental health professionals, Garcia maximizes all provisions of the law to ensure his clients receive a fair trial.

While every client has unique circumstances, Garcia’s extensive study of mental illness, combined with thorough research and highly qualified mental health professionals upon whom he can rely, make him one of the most sought-after attorneys for this segment of Arizona’s population.

Beyond the intellectual aspects of his comprehension of this specialized area of the law, Garcia has proven over and over, just how compassionate he is. One of the more notable additions to his practice is the presence of Jasper. Aside from being an adorable and very affectionate golden-doodle, this four-legged staff member is also a certified therapy dog.

“Jasper is an important addition to our firm,” says Garcia. “His presence alone is reassuring and very comforting to our clients who are dealing with the stress of finding themselves in the complex judicial system.”

Studies have proven just how beneficial dogs, particularly those highly-trained like Jasper, can be in calming individuals with various mental disorders. Jasper’s loveable demeanor frequently achieves what humans cannot – relating to people in a friendly, non-threatening way.

Zeal in the Courtroom

Garcia has become a go-to attorney because of his empathy and fervent belief that the stakes are even higher in these cases.

“I protect their loved one’s rights with the same zeal and effort that I would for one of my own family members,” says Garcia.

“It’s not enough to know the law regarding mental illness, you also have to be able to present the facts in such a way that a judge or jury will understand that punishment is not an equitable option.”

“It’s human nature to want retribution when a crime is committed,” he adds. “It’s not enough to know the law regarding mental illness, you also have to be able to present the facts in such a way that a judge or jury will understand that punishment is not an equitable option. Or, at the very least, demonstrate how this particular individual was incapable of distinguishing right from wrong, so that the judgment should reflect that. There’s just so much to consider.”

When asked to recall a particular case, Garcia didn’t hesitate. Even with society’s growing awareness of how the mind can work and the problems that can interfere with normal function, there are some crimes that are hard for anyone to accept .

Garcia was presented with one such crime. “I represented a young woman accused of attempting to murder her young children,” he says. “No doubt, one of my toughest cases.”

Ultimately, with the assistance of a forensic psychologist and a forensic psychiatrist, Garcia was able to demonstrate to the jury that her actions were a direct result of severe and long-term mental disease and she did not appreciate the wrongfulness of her actions.

“She was acquitted by a jury,” he says, “which is unusual for a mother accused of such a crime.”

Emerging from the Shadows

Historically, mental health is a subject with great stigma attached. It wasn’t that long ago, when family members with obvious mental disorders were quite literally hidden away. More recently, it has slowly moved from the dark recesses of society into the light. With the help of advanced methods of diagnosing and treating mental disorders, it has become a topic openly recognized and discussed.

Throughout his 26-year career, Garcia says he’s been happy to have witnessed a gradual awakening and growing awareness.

“It is encouraging to see that, while there is still room for improvement, the public in general and the justice system specifically, have become better educated regarding this issue,” says Garcia. “The courts and prosecutors no longer automatically view a mental illness plea as a gimmicky defense attorney’s tactic.”

Garcia pointed to a recent report conducted by the Council of State Governments Justice Center. “It found that two million people with serious mental illnesses are jailed each year,” he says. “Many of them are deprived of treatment during their incarceration, which can exacerbate their condition. It is a disservice to the offender and their families as well as a threat to public safety when they are released.”

The son of immigrant parents, Garcia was born in Joliet, Illinois, but the family lineage traces back to Cuba, and a map of Cuba features prominently in the hallway décor of the office. When he was still very young, the Garcia family moved to Florida. It was there that he grew up and attended school prior to leaving for college. Surrounded by highly ethical, hardworking family members, Garcia says that he credits their teachings and example for the high standards and principles of his practice.

“I was raised speaking both Spanish and English,” he adds, “something I’m very grateful for. Being fluent in Spanish not only helps me retain ties to my heritage, it also adds value to my practice and allows me to better serve a large segment of our community.”

According to Garcia, many attorneys try to overcome language barriers by hiring Spanish-speaking legal staff. “The staff members don’t have the same qualifications as an attorney, so many important legal details can get lost in translation. Besides, when it comes to matters of the law, it is essential that the client feels that he or she is being fully understood. A middle man is less reassuring.”

Sunshine State to the Valley of the Sun

Leaving one sunshine state for another, Garcia completed his undergraduate studies at the University of Southern California, where he received his Bachelor of Arts in economics. Upon graduating Notre Dame Law School, he accepted his first job with a large firm. Shortly thereafter, he opened his own firm.

“Once our second child was born, I knew we would be calling Arizona home,” says Garcia.

It was during these early years practicing law that he had the good fortune to find an excellent mentor, and realized the path he wanted his own career to follow.

“Charles ‘Chick’ Arnold is probably one of the foremost attorneys in the country and a huge proponent for the rights of the mentally ill,” says Garcia. “He was a big influence for me and really helped me gain a better understanding of the needs of those who suffer from mental illness. I’d like to think that some of his passion and commitment rubbed off on me. I know he was a great example, and he is an inspiration to me.”

Today, five of his seven children are grown and have moved out to launch their own lives, but they are a close family gathering frequently for birthdays, holidays, anniversaries or just to hang out. Laughingly, Garcia confesses to being “terrible at golf,” but says he does enjoy spending time on the links with his son, Mario.

In fact, the practice itself is something of a family affair. His wife, Kathy, keeps things running smoothly as the office manager, his son, Mario, is in charge of the office janitorial services, and his son, Pablo, contributes beautiful, original art giving the office a cheerful and welcoming atmosphere.

Not surprisingly, when asked what he considers his greatest achievement, Garcia responds without hesitation, “my children.”

In private practice as a criminal law attorney since 1991, Garcia represents clients throughout the state of Arizona. Over the years, he’s successfully won acquittals and guilty except insane judgments in Maricopa, Pinal, Yavapai and Yuma counties. He has defended clients using mental health defenses for cases varying widely from drug offenses and aggravated assault to dangerous crimes against children.

With his combined experience working with clients suffering from mental illness and fluency in Spanish, Garcia might be the only viable choice for many people arrested in Arizona.

“It’s like starting out with two strikes against you … ”

“It’s like starting out with two strikes against you,” Garcia says. “If your loved one has a mental illness, or does not speak English and is charged with a crime, he or she will face seemingly insurmountable hurdles in the Arizona legal system.”

“It can be very difficult to communicate with authorities with a language barrier or mental illness. Your loved one could feel lost in a system that works hard to get convictions.”

So, tomorrow, Garcia will get up, go into the office with Jasper, his “partner,” and carry on the cause of defending someone else’s future.

Susan Cushing is the assistant editor of Attorney at Law Magazine as well as a staff writer. She has been contributing to the magazine for more than five years. 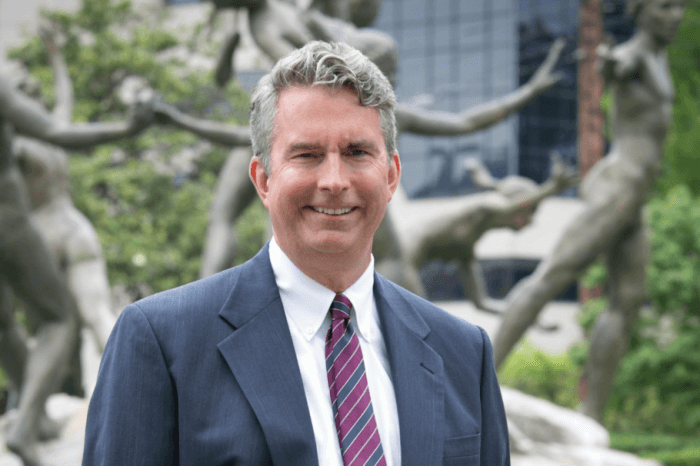