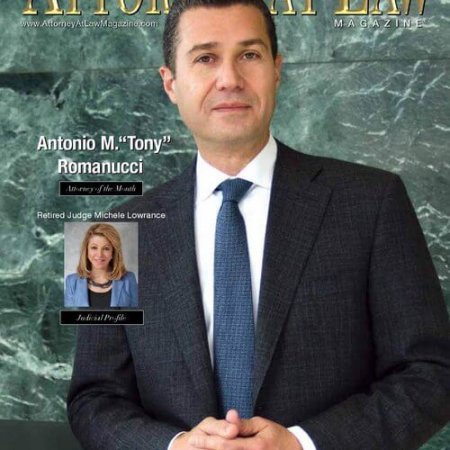 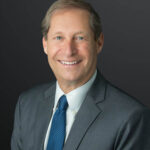 Antonio M. Romanucci is a Founding Partner in the Chicago-based law firm of Romanucci & Blandin, LLC, where he focuses his practice on catastrophic personal injuries arising from police misconduct cases and corporate negligence including civil rights actions, mass torts and class actions. Romanucci’s steadfast commitment to fighting for victims seeking justice across the country has helped the firm obtain dozens of verdicts and settlements in excess of $10 million, including most recently a record breaking $44.7 million verdict on behalf of a young man left bound to a wheelchair and with permanent brain damage following a gunshot wound to the head, an unprecedented $38.75 million settlement of a class action lawsuit against the City of Chicago for its red light camera practices, a $30 million settlement on behalf of a brain injured child, a $22.3 million verdict in a police chase case, a $19.25 million settlement against the City of Chicago and a $17.7 million verdict in another police chase case.

Mr. Romanucci has been widely recognized for his insight and experience in police brutality, mass shootings, traumatic brain injuries, sex trafficking, aviation disasters and environmental issues. He has been named a ‘Top 100 Super Lawyer’ for 12 straight years in Illinois, a ‘Top 10 Leading Plaintiff Lawyer in Illinois’ for 2019 by Leading Lawyers, and was named a ‘Best Lawyer’ for 2013 through 2019 by U.S. News and World Report. He maintains a perfect Martindale-Hubble AV rating and an AVVO rating of 10/10. He was recently selected by his peers for inclusion in the 2019 edition of The Best Lawyers in America©. In October 2019, the court appointed him Lead Counsel of a large group of plaintiff firms pursing justice for those exposed to toxic ethlyene oxide near Sterigenics International in Willowbrook, Illinois.

Often called upon as an expert, Mr. Romanucci appears regularly on local and national television to comment on his own cases, as well as other high-profile legal matters and trends. He has appeared on CNN, CBS This Morning, and Chicago’s ABC, NBC, CBS, WGN and FOX. Additionally, he contributes to stories regularly in the Washington Post, Chicago Tribune, Associated Press and others.

Outside the courtroom, Mr. Romanucci participates in many professional and charitable organizations. He currently serves as President of the Illinois Trial Lawyers Association, Vice President of the Judicial Accountability PAC, sits as Chair of the Illinois Supreme Court Rules Committee, and is in multiple leadership roles for the American Association for Justice. In 2017, he served as Chair of “A Path Towards Solutions: A Summit on Curbing the Violence in Chicago,” hosted by the Chicago Bar Association, as well as a subsequent Lawyers Call to Action event to directly aid those in Chicago most impacted by gun violence. He is a Founding Chairman of the Midwest Brain Injury Clubhouse, which is devoted to optimizing the lives and recovery of people affected by brain injuries or strokes. Mr. Romanucci is also the Founder of the Justinian Society of Lawyers Charitable Endowment Fund, where thousands of dollars annually are awarded to needy organizations.

Mr. Romanucci earned his Bachelor of Arts in psychology from the University of Wisconsin in 1982 and earned his law degree from John Marshall Law School in 1985. He is licensed to practice law in Illinois and before the U.S. District Court for the Northern District of Illinois, along with numerous other pro hac vice admissions throughout the country.

What Is a Chicago Personal Injury Attorney?

As you go about your daily routine, it’s likely you will come across scenarios where you could suffer an injury. Maybe you are grocery shopping, dining at your favorite restaurant, or driving in your car. A Chicago personal injury attorney represents those who have been injured because of another party’s carelessness, negligence, or willful disregard of others. These wrongful acts are more formally referred to as torts. When you suffer harm as a result of another party, you shouldn’t have to shoulder the financial burden which often accompanies an injury because of medical expenses and lost wages. A licensed personal injury attorney in Chicago can help you seek the compensation you deserve in civil court. Although personal injury attorneys deal with tort law, they often specialize in one or more areas. The following list is not exhaustive but includes three broad types of cases Chicago personal injury lawyers handle on a day-to-day basis.

Each year, the National Highway Transportation Safety Administration (NHTSA) estimates more than six million traffic collisions are reported to law enforcement, including more than 35,000 fatal crashes, and about 2.5 million injuries. A skilled Chicago accident attorney can help investigate your accident and build a strong case against the defense to hold at-fault drivers accountable. Traffic accidents can include truck accidents, motorcycle accidents, bicycle accidents, and pedestrian accidents. When high speeds are involved, victims who are lucky enough to live through an accident, potentially face lifelong complications.

With how many fatalities and injuries happen every year due to personal injury accidents, it is good to have a Chicago personal injury attorney on dial in your time of need. Many accidents have a procedure to follow to guarantee you the best results in your case. Don’t trust your knowledge, schedule a free consultation today.

What clients in Chicago are saying about
Antonio Romanucci

Romanucci & Blandin, LLC
4.8
Based on 56 reviews
Romanucci &Blandin has to be by far the best group of attorneys I've ever met. They're friendly, professional, and show true love of their profession. I reccomend them to whoever I come across that needs an attorney

Sylvester Whitecloud
20:53 15 Dec 19
From my first phone call to R&B I knew my best interest was a number one priority. Bruno Marasso made sure all of my questions were answered down to the most minute detail. He took his time every step of the way to insure I completely understood every step.

Chris Vinci
23:51 16 Nov 19
Marty represented me in a personal injury case. He was always available when I had questions and explained things clearly to me. I could tell right away that Marty and his law firm wanted the best for me. They worked hard on my behalf and I felt very supported by them the whole time. I was very impressed and would highly recommend R&B to anyone looking for competent attorneys who are easy to work with.

John John
14:22 06 Nov 19
If you are looking for a Medical Malpractice or Wrongful death attorney you can look on line in the phone book or TV adds, but if you want one that works for you & is an honest straightforward & one of the best attorneys I highly recommend Joe Kolar at Romanucci & Blandin.in Chicago. Why you say, well I’m going to tell you my experience with him.I’m not going into a long detailed but I was in need of an attorney to handle wrongful death suits. He was highly recommend & rightfully so. He came to my home & we talked for a long time. He asked many questions about my late husband our life etc. Explained what happened & when he was ready to leave, he said he was taking the case because he believed it to a wrongful death.We worked & talked back & forth for quite some time, never too busy to answer question write an e- mail or explain any questions I had concerning any issues, He advised what deposition he felt I should or should not attend some time driving e. He issued copies of depositions of everyone that was taken. Well you get the general idea…Thanks to Joe who went far out of his way & we did prevail in the case.He is more than a competent attorney he is a Super Lawyer, & if you don’t think think I speak true. look up Super Lawyers in Illinois & you will find him.Donna F.P.S. He is a really nice man also…

Donna Lambert
23:44 29 Oct 19
Love this law firm. The lawyers and support staff stand up for what is right They always advocate professionally to the nth degree for their clients. The client comes first .Highly recommend this firm .They are the BEST !!!

Get Legal
Advice From
Antonio Romanucci

American Board of Trial Advocates, 2020