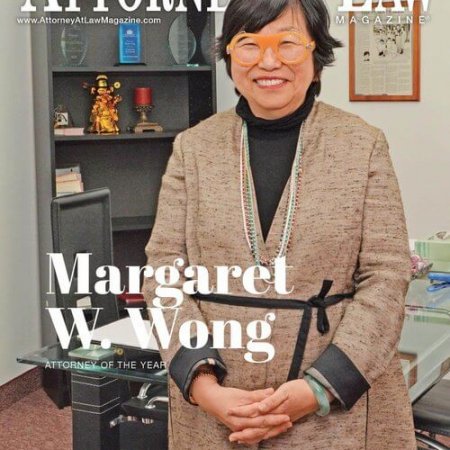 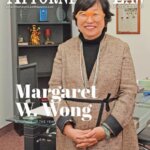 Author of the book The Immigrant’s Way, which is available in English, Chinese, Korean, and Spanish; on Kindle and in paperback, and with more than 40,000 copies in print, Margaret Wong built her immigration law firm from one desk and no secretary to a nationally recognized force with offices in nine cities and over 60 employees.

For decades, Margaret Wong has helped employers obtain work permits for their executives and has assisted thousands of people in coming to the United States to become permanent residents, advance their educations, work, and pursue opportunities. Her clients come from every country around the world, from every walk of life, and range from governmental and corporate to ordinary people. The law firm’s talented team handles every kind of immigration problem; its staff is multilingual, with proficiency in languages including Mandarin, Cantonese, Korean, Spanish, Russian and Albanian. Executives and large law firms seek her help when they have tough immigration problems. She is known for speed, quality, honesty and persistence.

She has won numerous awards, including two for philanthropy – the Margaret Ireland Award from the Cleveland Women’s City Club and the 1997 Creative Philanthropy Award from the Women’s Community Foundation. Crain’s Cleveland Business has named her to their “Women of Influence” list and Cleveland Magazine has included her with its “Most Interesting People.” Margaret Wong also received the highly coveted Ellis Island Medal of Honor in May 1998 for her outstanding achievements and contributions to the multicultural fabric of the United States. She was inducted into the Ohio Women’s Hall of Fame in 2000. Other honors and awards include an Outstanding Alumni Award from State University of New York at Buffalo, Kent State University’s Social Responsibility Award, and the Leadership Award from the United Black Fund. Her work has also earned her recognition in books such as Profiles of Ohio Women 1803-2003 and People: Cleveland’s Most Valuable Resource, Millennium Edition. Margaret is also an Urban League Board Member and VP.

Margaret Wong is a civic leader who educates and inspires others. While she was serving as the first Asian-American president of the Cleveland Chapter of the Federal Bar Association, the Cleveland chapter won the coveted Chapter Activity Award. She has presented numerous seminars on immigration and naturalization law for bar associations and the public.

Ms. Wong is admitted for practice in Ohio, New York, the District of Columbia, Georgia, Illinois, Michigan, and North Carolina.

A Cleveland immigration lawyer focuses specifically on the area of law which deals with the movement of people in and out of the United States, especially as it relates to visas and residency. Immigration law is a practice area that is governed by federal law, so whomever you choose to represent you does not need to live in the same state where you reside. Yet, you probably know that United States Immigration law is not only complex, but it can also change quickly depending on the political climate. In most travel visa situations, you may not need an immigration attorney to represent you. Yet, in cases which involve temporary or permanent residency or citizenship in Ohio, hiring an immigration lawyer in Cleveland can save you from costly mistakes and help you more successfully navigate whichever process you need to complete.

When Do You Need a Cleveland Immigration Attorney?

Why You Should Hire an Immigration Attorney in Cleveland?

What clients in Cleveland are saying about
Margaret Wong

Margaret W. Wong & Associates
4.3
Based on 111 reviews
Allow me please to say that the level of professionalism is above top, not only polite and very helpful but the offer of reassurance is impeccable, trustworthy, diligent and I wholeheartedly can say that inspire calm and peace of mind, no complaints whatsoever of any sort, other than that I can only express my gratitude.

Daniel Molina
16:47 12 Dec 19
Hello Everyone,I have applied for AOS with Margaret W. Wong & Associates. They are very helpful for each step of process. My case was handled by Ms. Jocelyn she was always there whenever I needed. She answered all my questions and also helped me to clear my doubts. I would recommend anyone for future who are applying should use them. And also I want to thank Lawyer Joseph for being there during my interview and making it very easy process. Good Luck to everyone. And Thank You so much Ms. Wong for helping me out with my case.

Vivek Patel
00:24 03 Oct 19
Attorney Margaret Wong and lawyer Francis are the real-life heroes, literally. they stopped my deportation in less than 24 hours, I was about to leave my children for who knows how long before seeing them again. It was a miracle that God did through them, I can never thank you enough as well as all the staff who are always willing to answer any questions and to the lawyer Richard Drucker who accompanied me to the last supervisory visit to the ICE and always gave me I encourage and told me that everything would be fine. In February when it will be my individual interview, I am not afraid because I know that everything will be fine and I will return home with my green card. Thanks Margaret Wong and Associated.

Get Legal
Advice From
Margaret Wong

She was listed in US News & World Reports’ Best Lawyers

She has a “Preeminent AV” rating by Martindale Hubbell