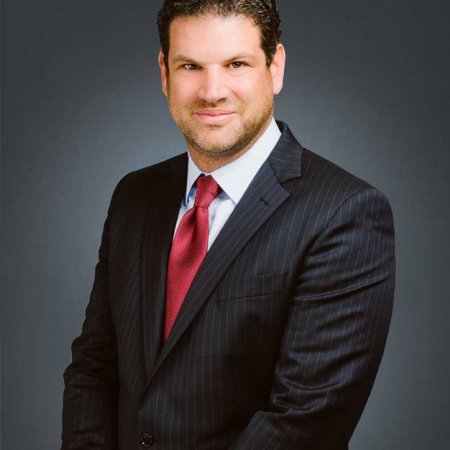 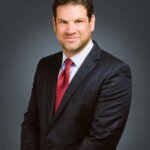 Brad Sadek is the founder and managing partner of Sadek and Cooper. He has been practicing bankruptcy law since 2002. He launched his own practice in 2006, focusing on consumer debtor bankruptcy law. Since the firm’s founding, Brad has helped more than 4,000 clients with foreclosure defense, debt relief and bankruptcy filing.

How Brad became a lawyer. He took the LSAT during college to help out his nervous roommate at Penn State, and did well. After graduation, he took a job as a stockbroker-in-training and found himself dissatisfied. When a postcard arrived advertising enrollment in law school, he was intrigued and soon after enrolled at Rutgers School of Law. After passing the bar exam in 2002, he was, for a short while, the youngest lawyer in Pennsylvania.

“Once I started practicing law and seeing how it helped people, I fell in love with the practice and the results.”

Why Brad chose to practice bankruptcy law. As a new lawyer, he started out at a large law firm in Philadelphia practicing Chapter 11 corporate bankruptcy/reorganization law on the creditors side of the table. “I didn’t have much client contact. I spent most of my day on the computer or with books. I wanted to directly help people, so I was drawn to the consumer debtors’ side.”

The philosophy Brad brings to the practice of bankruptcy law. “I try to put myself in their shoes.” Over the years of his practice, Brad has come to recognize that each client and each situation is unique. Unique situations require unique solutions. He tries to assess the specific circumstances his client is facing and the best solution to guide them to the future they desire.

“Sometimes, it’s bankruptcy. Sometimes it’s something related to bankruptcy. It’s my responsibility to guide them to the best solution given the totality of their circumstance.”

The origins of Sadek and Cooper. In 2004, Brad was recruited by a bankruptcy law firm looking to open an office in Philadelphia. He came aboard and was able to build a practice from the ground up. In 2006, he took his knowledge and experience and opened his own law firm – Sadek Law Offices, now known as Sadek and Cooper.

“I was scared, I had zero clients. But, I had a drive to truly help people, and put them in a position where going forward they would be able to buy a car, buy a house and save. I still get those rewards today. Truthfully, that’s what keeps me going.”

Brad’s plans for the future of Sadek and Cooper. Born and raised (and currently living in) New Jersey, Brad would like to bring the successful bankruptcy practice that they’ve built in Philadelphia and the surrounding areas to the people of New Jersey.

“We’d like to bring our philosophy across the bridge. I think they may be underserved, and we’d like to do a lot more there.”

Brad outside of the office. He collects longboard surfboards. He is a fan of the Sixers and the Philadelphia Eagles. He enjoys fishing. Most of all, however, he enjoys spending time with his three daughters and his wife.

Brad’s family was affected by MS when a favorite uncle was lost to the disease. For the last 13 years, he has captained a team of high school friends (Slowly But Shorely) which has ridden in the MS 150 bicycle race from Cherry Hill to Ocean City.

Brad also hosts a radio show in Philadelphia – Philly Labor Radio. Sadek and Cooper represents many unions in the city. The radio show was created to provide information around consumer law and bankruptcy law. People are able to call in and ask questions. “It’s a great forum that is mostly anonymous that allows them to come on and ask a question and have a lawyer answer.”

Is it Better to File for Bankruptcy Before or After a Foreclosure?

Debt Collector Harassment? Stop Them in Their Tracks with Bankruptcy

Is Bankruptcy Worth It?

In Need Of A Philadelphia Bankruptcy Attorney?

If your financial situation is in crisis mode, you must act quickly to protect your assets and financial interests. Creditors don’t waste time when your accounts show signs of default. They submit adverse credit bureau reports that lower your credit score. They transfer your accounts to collection agencies who call your home, job, or business until they get a definitive response. Philadelphia Recovery attorneys secure creditor’s judgments through lawsuits. They satisfy court judgments by garnishing your income and placing liens against your home.

Economic problems can be stressful, especially when you see no potential for relief. Philadelphia Bankruptcy attorneys can help you navigate the most complex financial problems. They intervene on your behalf to stop collection efforts. They use their legal knowledge and experience to produce financial relief.

Bankruptcy attorneys in Philadelphia provide the critical legal assistance you need. They listen to your concerns, evaluate your financial issues, and determine if bankruptcy is your best option. After hearing your story and reviewing your personal financial information, your attorney might recommend that you attempt debt forgiveness, bill consolidation, or another non-legal option. When bankruptcy is the best alternative, you can trust your Philadelphia bankruptcy attorney to understand the complex federal code and work with you to comply with the requirements.

Bankruptcy can seem like a drastic option but it might be the best option for you. If you’re struggling with financial difficulties, your attorney can help you decide. Most bankruptcy attorneys in Philadelphia offer a complimentary consultation. You discuss your financial issues and decide the best solutions for your personal and financial circumstances.

What clients in Philadelphia are saying about
Brad J. Sadek

Sadek and Cooper Law Offices, LLC
4.9
Based on 291 reviews
Brad Sadek was honest and straightforward regarding our case. He discussed our options and helped us navigate a very complicated case. Would highly recommend his services.

Yakup Erden
14:31 11 Dec 20
Sadek and Cooper really went the extra mile for me and my bankruptcy case. Even after my case was approved in court, Sadek, months later, helped me track down some of my accounts that hadn't yet annulled my debt. They were always professional and quick to respond. And, again, they really went the extra mile in helping me. I couldn't recommend them more highly.

Corey Reidy
20:12 18 Nov 20
In a word: Outstanding. Sadek and Cooper Law Offices do not disappear once you've paid. They are available to answer questions from start to finish. Filing for bankruptcy is a long, complex, difficult process. I feel Sadek and Cooper do all they can to help people get through it. I was helped by a whole team of professionals with my case. They really shined bright with their valuable experience; they thought of things that I would never have thought about in a million years. I'm sure so many people will be forced to file this year and next year due to COVID etc. At least, with Sadek and Cooper, you can have a good law team to help you get through these hard times. Their fees are very low but who cares, because their services are priceless.

Crew Ajarn
23:30 17 Nov 20
Very friendly and professional. Provided great advice and wasn't pushy. I am very happy I listened to all these prior wonderful reviews.

Maria Shah
16:38 12 Nov 20
Brad was a tremendous assistance in the time of need. If you are in need of a lawyer in the Philadelphia area look no further!

Aldo Erickson
07:17 12 Nov 20
Brad promised quick resolution of my bankruptcy and delivered on his promise. His staff of para-legals were very helpful and attentive. The document load was quite manageable. When Brads quotes a flat rate, he means it. If you want a successful outcome to your bankruptcy, Sadek and Cooper is the firm to choose. .