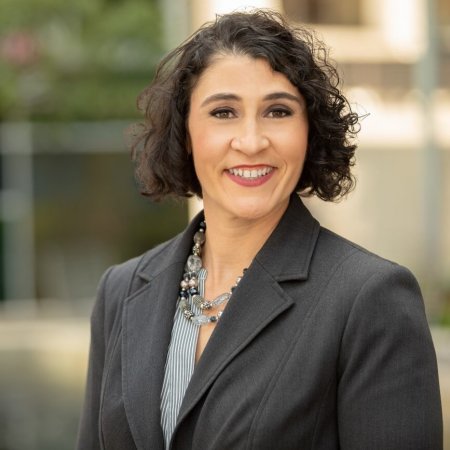 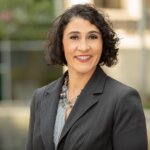 Nam Douglass is an immigration attorney at Gardner Law PLLC, a full-service immigration law firm located in downtown Raleigh. She has experience in handling complex business immigration cases as well as family-based immigration needs. She is a member of both the National and the Carolina’s chapter of the American Immigration Lawyers Association.

She was a member of two national moot court competition teams, including the UC Davis Asylum & Refuge Law National Moot Court Competition, the only national competition devoted exclusively to asylum and refugee law. She served as an academic teaching scholar and worked as an intern with the North Carolina Department of Justice, the University of North Carolina Center for Civil Rights, the Southern Coalition for Social Justice, and the North Carolina Court of Appeals.

Prior to her work in the law, Nam spent 10 years working with communities and nonprofit organizations across North Carolina on community, economic, and business development issues.

A Raleigh immigration lawyer focuses specifically on the area of law which deals with the movement of people in and out of the United States, especially as it relates to visas and residency. Immigration law is a practice area that is governed by federal law, so whomever you choose to represent you does not need to live in the same state where you reside. Yet, you probably know that United States Immigration law is not only complex, but it can also change quickly depending on the political climate.

In most travel visa situations, you may not need an immigration attorney to represent you. Yet, in cases which involve temporary or permanent residency or citizenship in North Carolina, hiring an immigration lawyer in Raleigh can save you from costly mistakes and help you more successfully navigate whichever process you need to complete.

When Do You Need a Raleigh-Based Immigration Attorney?

Most immigration lawyers in Raleigh offer a minimal fee to evaluate your case. When in doubt, it’s in your best interest to schedule a consultation. Some common scenarios which typically require the expertise of skilled immigration attorney include:

Why You Should Hire an Immigration Attorney in Raleigh?

What clients in Raleigh are saying about
Nam Douglass

Gardner Law, PLLC
4.8
Based on 24 reviews
Excellent service and a folks incredibly knowledgeable. They take the time to work on your case in the most detailed fashion possible. I am honored to work with them on some cases.

mosxa tzanavari
14:55 17 Sep 19
Hi, I am Baljinder Singh. My case was very tuff. After trying many lawyers I came to Gardner Law, PLLC. They just didn't not win my case also give special attention to every aspect of it. JUAN Cano is Dimond. He kept me informed on every moment of case. He kept explaining me briefing of case when ever I asked him any questions.I Highly recommend Gardner Law if anybody need help on immigration . They are very fair on pricing

lvhb inc
23:11 08 Aug 19
Hiring Gardner Law Firm for my immigration case proved to be one of the best decisions I've ever made.They were friendly, professional, efficient and very thorough. My wife and I applied for my greencard and because of their thoroughness we never once received a request for further evidence from uscis. Nam Douglass is a gem and her two paralegals Sabina and Ana were very efficient and knowledgeable in handling our case. I definitely recommend them to anyone requiring solid representation in any immigration matters.

Andre Russell
19:39 29 Jul 19
The best decision we could have made, Gardner law made everything very easy for us and I could not have asked for a better experience, highly recommended. Nam was an incredible lawyer and Ana was really awesome to deal with.If you need an immigration lawyer this is for sure a great choice.

Get Legal
Advice From
Nam Douglass

Member of both the National and the Carolina’s chapter of the American Immigration Lawyers Association.

She also has ten years of professional business experience working with communities, non-profit organizations and individuals across North Carolina on community, economic, and business development issues.