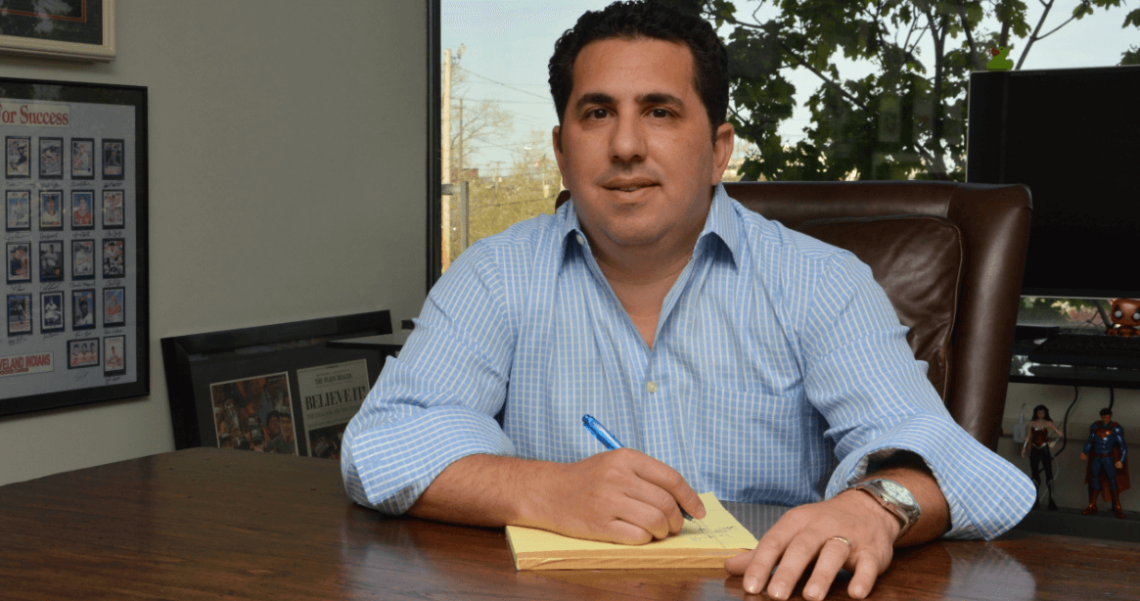 Brian D. Spitz: On Behalf Of The Employed

Brian Spitz stood in front of the jury in the Courtroom of Cuyahoga County Court of Common Pleas Judge Deena Calabrese. Opening arguments complete, the judge called the attorneys to side bar, suggesting that they consider settlement of the disability discrimination case. The defense attorney reiterated that his client, Niederst Management, would still pay no more than $8,000 to the plaintiff, John Kassay, who had been fired after requesting to wear a wrist brace on occasion to work. Three days later, the jury returned a verdict for $531,229, comprised of $32,329 in economic damages, $248,900 in non-economic damages, and $250,000 in punitive damages. After fees, costs, front pay, and attorney’s fees were added, the total judgment entered April 25, 2017, rose to $792,562.73. “He never gave up on us. He was our warrior all the way through. He changed my family’s life,” said a tearful Kassay.

“While not our largest verdict by quite a bit, this was a very rewarding win and very deserved for the Kassays,” says Spitz. Unwilling to boast, Spitz passes out credit to his team of associates and staff, and even to everyone at that court, “Judge Calabrese and her staff did a wonderful job in presiding over this matter. We have a great bench in Cuyahoga County. Please, don’t forget to also mention the judges’ bailiffs and law clerks, nothing happens without them.”

This is a story about a reluctant, but growing legend. Aptly dubbed, the “employee’s attorney,” Spitz is something of a modern-day crusader. As a founder and managing partner of The Spitz Law Firm LLC, he has earned a reputation for zealously defending the rights of employees “to work in a discrimination free, hostile free, and harassment free environment.” And, while he draws no distinction between top-level CEOs and minimum wage clients, Spitz does confess to a special soft spot for underdogs – particularly those that other firms are reluctant to take on.

“In many instances, these employers are bullying our clients, counting on the fact that most attorneys won’t take on cases where the financial reward is limited,” he says. “We are proud to present our clients with unrelenting zeal regardless of whether they earn $10 an hour or are at the C-level. Utilizing all of our significant resources, our attorneys fight for executives, teachers, machinists, PRNs, restaurant staff, contractors and police officers. Our focus is on providing the same level of service, energy and attention to every one of our clients.”

Spitz’s concern for those who face discrimination and are ignored has its roots in his own heritage. “As a child, my grandfather, Sandford Gill, told us about discrimination he endured first in Poland as a young Jew before World War II. Raised in a family of strong-minded people who believe in justice and tolerance, it seemed rather natural for me to gravitate to an area of law that would allow me to uphold these principles.”

On the other side of his lineage, the Spitz family has been an integral part of the Cleveland community for four generations; growing, building and thriving. In fact, the Spitz/ Wexler names are intricately woven throughout the colorful historical tapestry of this city. Spitz’s great-grandfather, Morris “Mushy” Wexler opened the famed Theatrical Grill in 1937. With his marriage to Mushy’s daughter Phyllis, grandpa Buddy Spitz was welcomed into the family fold as well as the family business. According to Spitz, Buddy was not so much asked, as directed to work at the Theatrical; and then became an owner when Mushy cut notorious mobster Shondra Birns from ownership.

“The Theatrical was the place to be,” says Spitz. “Something of an anomaly, the Theatrical was the gathering spot for every judge, lawyer and decision maker in Cleveland. Others will tell you it was the preferred hotspot for celebrities, sports legends and notorious mobsters. No question it was an unlikely mix of personalities and social strata, but there were never any problems, everyone got along. Of course, my great-grandfather, grandfather and then father wouldn’t have tolerated anything else.”

While his grandfathers and father, Jeffery Spitz, rubbed elbows with the likes of Sinatra, Joe Louis, Milton Berle, Micky Mantle, and Judy Garland, the younger Spitz recalls being more fascinated with the subdued conversations of Cleveland’s legal elite. “It was just so impressive to me how opposing counsel could sit down over a drink and hammer out a resolution without any personal contention,” he says. “I watched how they interacted, how they treated one another with such respect. Now, I’m always offering to buy a drink for opposing counsel, and I mean it.”

It’s an image that stayed with Spitz as he graduated from The American University while working in the Clinton White House and for Mary Rose Oakar. Undecided as to his next career move, he chose to “take a break” between college and grad school. Waiting tables provided hands-on experience as to the life and plight of hardworking, minimum wage earners everywhere. “There’s nothing like serving tables to help you get a clear perspective on things,” he says. “But, the experience was invaluable in applying the work ethics I was raised with. Plus, it was an excellent opportunity to develop people skills. A huge part of the job really comes down to customer relations.” Aft er serving tables, Spitz went to Case Western Reserve University School of Law, where he graduated cum laude with his Juris Doctor in 1997.

“I fell in love with litigation,” says Spitz. Law school provided the essentials, but he says his greatest lessons came from mentors early in his career, Larry Sutter and Stan Keller, and then refined under Steve Janik. At the 10-year benchmark of his career, Spitz, while billing over 3,400 hours per year doing defense litigation and trying multimillion-dollar cases to verdict at Janik & Dorman, saw how the practice of law was changing, and demanded a fresh approach. The only way to embrace this philosophy was to open his own firm. It wasn’t a decision made lightly or alone, but rather with someone he trusted and admired, his wife, Elise.

“Elise is not only the love of my life, she’s my best friend and one of the most brilliant business minds I’ve ever encountered,” he says. “There was a lot at stake; she was pregnant with our second daughter.”

“We started this firm over a conversation at our kitchen table,” Elise says. “Brian was absolutely certain about the legal side, and I was absolutely certain about him. He was and is a brilliant attorney, but they don’t teach business in law school.” Elise has a master’s degree in international business and had considerable experience with management in large companies. “Our work background fit. Together we decided to jump in and have never looked back.”

Spitz does not discount the failure of law schools to teach business. “We are not built like other law firms. Elise has set this up like a business, and she runs it that way. There is so much more to running a law firm than being a good lawyer. It is Elise’s name on the door just as much, if not more, than mine.”

In the 10 years since that kitchen table conversation, The Spitz Law Firm has thrived, outgrowing four offices and expanding to include 12 attorneys with multiple locations throughout Ohio.

Spitz says the secret to their unprecedented success is twofold. “First, we’re passionate about the work we do. And second, our attorneys consistently demonstrate that we will tirelessly work every case to conclusion, and we have earned a track record of great results.”

As if to underscore his unmitigated success, Spitz has been repeatedly named to the National Trial Lawyers Association’s Top 100 Trial Lawyers, as well as recognized in Newsweek Magazine as one of the Top 20 Leaders in Employment Law in the United States; one of 30 Top Nationwide Attorneys; and most recently, as a Legal Superstar.

When asked about these accolades, Spitz again deflects, and says, “I get to do work with a purpose. I work with a great team. And, with only a couple exceptions, I get to work with talented, honorable attorneys on the defense side.” Sometimes, these defense attorneys will even let this growing, but reluctant legend buy a few drinks.