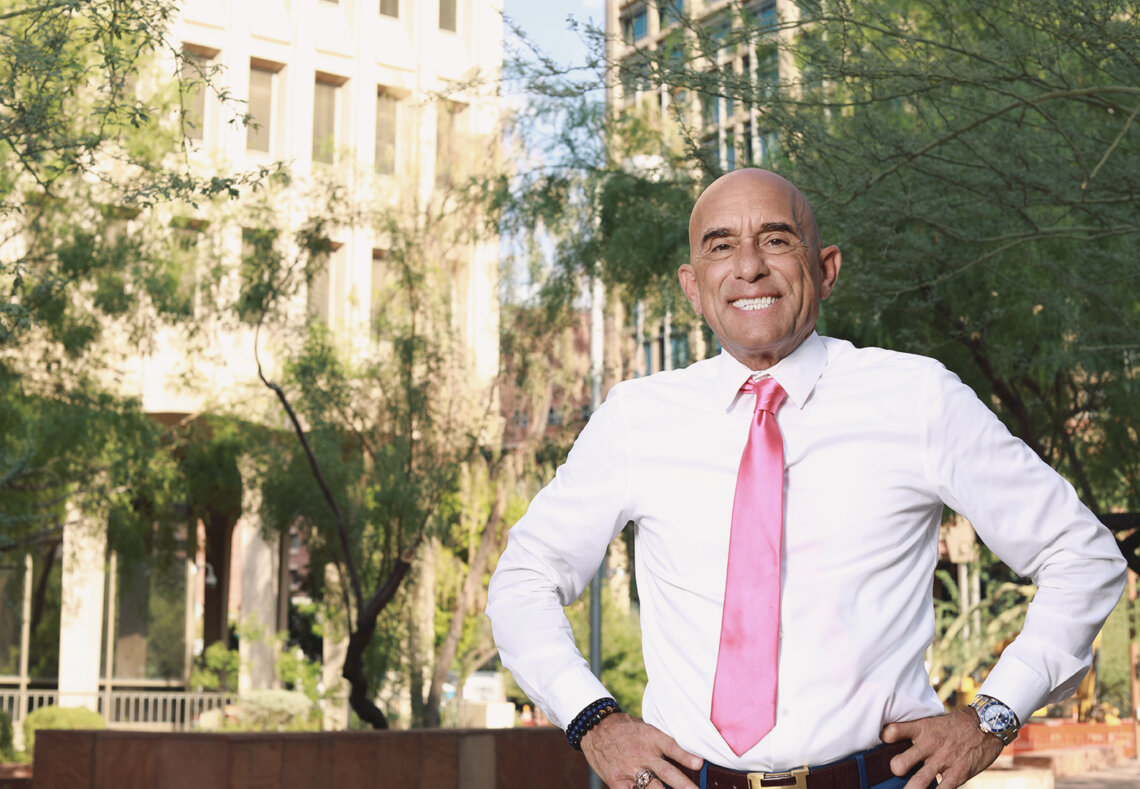 A unique combination of Midwest farm boy and sophisticated entrepreneur, Brian Foster has forged an impressive career and along the way built a reputation as both a trailblazer and one of the state’s top trial attorneys. Foster has not only earned the respect and trust of his law colleagues, but he’s also been singled out in a public forum spotlighting his abundant expertise.

As a powerful and resourceful litigator, Foster has focused his practice on commercial litigation with an emphasis on real estate and business. His scope of legal dexterity extends to disputes involving partnerships and shareholders, mergers and acquisitions, contracts, sale of business, construction disputes, legal malpractice and serious criminal and personal injury claims. He’s proven to be enormously successful in every area, consistently yielding highly favorable results and significant financial compensation for his clients.

Foster’s record demonstrates his impressive litigation prowess with the recovery of many millions of dollars in numerous successful plaintive verdicts as well as a greater number of defense verdicts in disputes involving multimillions. However, after more than 31 years performing as a leading litigator with Snell & Wilmer, he has recently made a move that allows him to explore other avenues that have long held an appeal.

“I’ve been wanting to do more contingency fee work in both business disputes and personal injury, as well as other claims,” he explains. “Not many people do contingency fee business litigation, there are only a few firms here in town that handle that type of work. I’ve established a winning track record, so I feel very comfortable taking good cases on a contingency basis.”

To this end, Foster made a major career move earlier this year announcing in January that he has partnered with another well-respected Arizona attorney, Dennis Wilenchik. Aside from the desire to explore new directions, Foster says there were several other factors that affected his decision.

“I wanted to be able to pick and choose my cases,” he says. “I wanted to be free of the conflicts that occur when you work at a large law firm and have the freedom to take on the types of cases I want to work on. I can honestly say, that at my new firm I haven’t had a single conflict where I had to turn a client away. That’s refreshing.”

Long before even making the move, Foster had some very clear ideas of what this new, more independent version of his practice would look like. Rightly, he determined to focus on his strengths and proven areas of expertise.

“I knew I wanted to practice at a litigation-only firm,” he says. “I want attorneys from both small and large firms to feel comfortable sending me conflict referral work knowing I am only going to handle the one specific litigation matter being referred. They can feel confident I’m not going to try to steal the client. Plus, since we don’t do transactional work, I will reciprocate with those who send me litigation work by sending them my clients with transactional legal work.”

While he sites numerous additional reasons for the recent career move, Foster says the primary reason is to stretch himself personally and professionally.

“I was ready to do something different, I wanted to challenge myself, lengthen my stride and explore other aspects of my litigation practice. Ultimately, I made the decision to launch the next chapter of my career and push the envelope a bit.”

A man who is always stretching and searching for fresh, interesting endeavors, Foster applies this same philosophy to his local community. His contributions here are nearly as numerous and impressive as those within his professional life. Since leaving his Iowa roots, Foster has made Arizona his home immersing himself and becoming inextricably tied to this desert community. He has consistently revealed himself to be a concerned and involved citizen, serving on any number of boards and steering committees over the years. As his interests change and expand, these organizations grow in number.

One group Foster is quite proud to be a part of is the Phoenix Aviation Advisory Board (PAAB). Made up of nine members each of whom is appointed by the mayor and city council, this board meets monthly to review airport policies, make recommendations to the city council on major airport projects, concession contracts and leases. “It is extremely rewarding to help make important decisions for Sky Harbor Airport which is the largest revenue generator for the state of Arizona,” says Foster.

Foster is also currently serving as the chairman for the board of directors for the Phoenix Sister Cities Commission. This ambitious organization sustains relationships with ten sister-cities in different countries, was created to develop personal, one-on-one relationships between the residents of Phoenix and those of our 10 sister cities. This in turn naturally promotes commercial, educational, cultural, artistic and youth exchange programs and events.

Perhaps what he’s best known for, although it might not be immediately apparent that it is also a form of community involvement, would be Foster’s frequent appearances on various television networks. Journalists from local, regional and national TV news stations vie for Foster’s insightful observations and professional opinion on some of the most notorious cases. He has done over 160 TV appearances as a legal expert.

Changing direction in favor of something more challenging or rewarding is nothing new for Foster. Even after completing a full university course of study aimed at an entirely different career, he was prepared to switch gears if it meant being more productive, more gratifying and with the potential of creating a greater impact.

After graduating with an accounting degree from the University of Iowa, Foster began making the interview rounds with the Big 8 accounting firms. Ironically, it wasn’t until he sat across from the heads of some of the leading Big 8 firms in the country that he realized it was not for him.

“I decided that the job I had trained for was boring and I did not want to be an accountant,” he says simply. His roommate suggested law school, so the following week Foster scheduled to take the LSAT. Whether it was enthusiasm or an interesting test of the winds of fate, he took the exam quickly without studying for it. Based on those results, Foster was definitely destined to be an attorney. Soon, he was enrolled in the University of Iowa School of Law where he distinguished himself scholastically and received the prestigious Order of the Coif.

He was promptly recruited by the highly respected Phoenix firm of Snell & Wilmer where he effectively and prosperously served as Senior Litigation Partner for more than 31 years.

While it might appear to be far afield (no pun intended) of his litigation practice, Foster’s most recent endeavor actually ties back to requests from many clients affiliated with the burgeoning marijuana business. Though it’s hardly “news” anymore, this busy attorney has planted his entrepreneurial seeds in a 250-acre parcel of land where he is growing hemp. A plant used to create the hundreds of popular CBD products, hemp is a crop ideally suited to our dessert environ and Foster had the ready-made skills to take advantage of this unique opportunity.

“Two things I decided near the end of last year that I was going to start my own law firm and stretch my entrepreneurial skills,” he says. “This seemed like the perfect opportunity to do both. I did a lot of research, I didn’t just jump in and start writing million-dollar checks, I did my homework first. I soon realized that there was such potential. First of all, CBD is such an amazing product, it relieves stress, anxiety, insomnia, pain —you know they’re putting it in everything now from energy drinks to pet food and cosmetics. The demand for CBD in 2019 was a three billion-dollar industry and it’s estimated to be a $20 billion industry by 2022.”

As he moves forward, branching out and flexing his entrepreneurial muscles, Foster expresses a renewed enthusiasm. “I can’t recall the last time I felt this excited or motivated,” he says. “One of the reasons I left my previous firm was because I wanted try something different and lengthen my stride. Right now I’m doing just that and am still 100 percent committed to continuing to grow my legal practice right along with my hemp.”