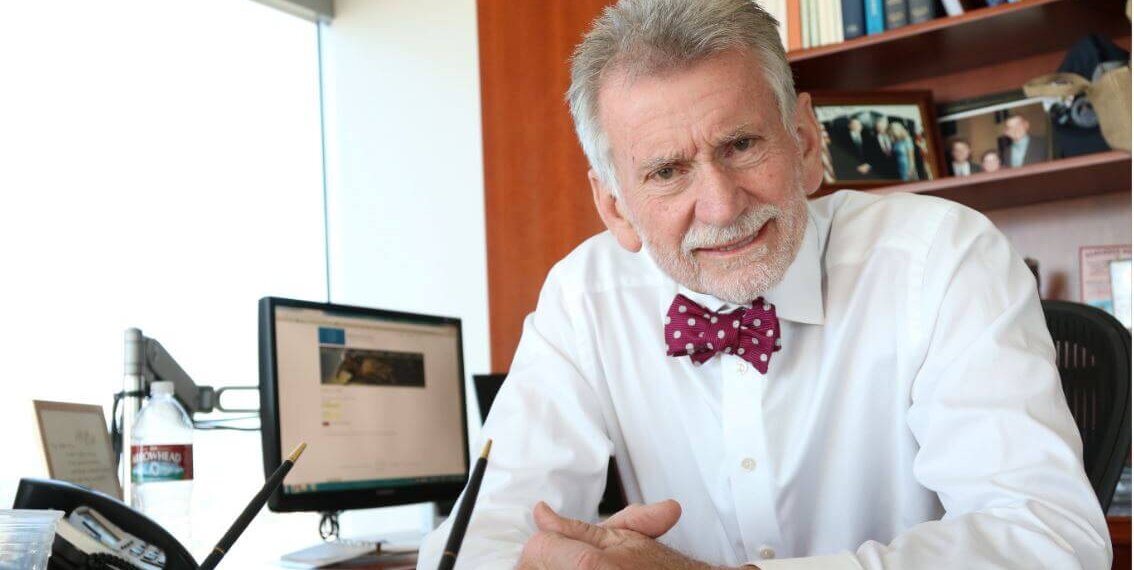 Browne Greene: A Golden Anniversary in the Golden State

“Inspire. Quite simply, I feel it’s a story of great blessings. I mean, I’m the luckiest guy in the world! When I think of where I came from, my wonderful parents, my education, the great break that changed everything for me, and then 50 years being in such a noble pursuit, I’d like to think that I might be able to inspire someone.”

Celebrating 50 years practicing in California, Browne Greene, senior partner at Greene, Broillet & Wheeler LLP, is something of a legend. Both prolific and efficacious, his illustrious career is predicated on two simple tenets – championing the underdog and advocating the highest standards in the practice of law.

One of the country’s most celebrated trial lawyers, Greene’s legion of awards, accolades and honors could easily fill a jury box. Yet, when asked which of these he holds most dear, he proudly, and with obvious emotion, points to a framed letter. It’s from two young girls who lost their parents in a horrific automobile accident. An accident in which they too were both seriously injured.

“It is a letter of thanks they wrote after we got them a great result on their case,” he explains. “And, that’s all you need. To know you’ve played a small role in changing their lives, that’s what really matters; not the dollars. Believe it or not, it’s not the dollars.

“I guarantee you, I don’t have anything on my wall about the biggest case I ever won,” he continues. “I’m not saying this with great applause or to be self-serving. This letter means more to me than any recognition I may have received for the biggest case, largest settlement or most publicized trial.”

Recounting the story of Browne Greene, means covering nearly 80 years of ups and downs, various jobs, and the many people whose lives he’s touched. Where to begin- What to highlight- When asked what he would like to accomplish with this interview, Greene’s response is unexpected.

“Inspire,” he says without hesitation. “Quite simply, I feel it’s a story of great blessings. I mean, I’m the luckiest guy in the world! When I think of where I came from, my wonderful parents, my education, the great break that changed everything for me, and then 50 years being in such a noble pursuit, I’d like to think that I might be able to inspire someone.

“Today, at the tender age of 79, I still love doing it,” he continues. “I love it because we can make such a big difference in peoples’ lives. At this juncture, I really don’t have to do it for money; I love being a lawyer, helping people, and the opportunity to set an example of the nobility of the law.”

First and foremost, Greene is completely straightforward, devoid of pretense of any kind. With overt pride and tenderness, he recalls his modest beginnings.

“My father was the noblest man I ever knew,” he says. “He had a third grade education, drove a cab in Washington, D.C., and loved people. He truly lived the Christian maxim, ‘Do unto others as you would have them do unto you.’ As a kid growing up under his umbrella, it was a tremendous way to learn respect, honor, caring for others, and the things that work in life. I give him thanks for that.

“My mother was a wonderfully hardworking woman in the government in Washington,” he continues. “I was born right in downtown D.C. within walking distance of the White House.”

Greene’s life took a dramatic detour, thanks to a unique opportunity which presented itself when he was just 16. He was appointed to serve in the nation’s capital.

“I worked for the democratic caucus in the House of Representatives,” he says. “I met JFK. All these great leaders – LBJ, Richard Nixon, Sam Rayburn, Tip O’Neill – were right there, so I had them as role models.”

Prior to this appointment, Greene had been attending a vocational high school, targeted to become a metal worker. When the opportunity came along to work on Capitol Hill, it also gave him entrée to attend an exclusive and highly regarded school for pages held in the Library of Congress.

“When I graduated the next year, 1954, it was suddenly so very clear, ‘go to college, go to college,’ something that had never before even been a consideration,” he says. “I knew I wanted to go to law school. Most of the members of Congress were lawyers, so that became my goal.”

For the young teen, serving as a page must have been a somewhat surreal experience. Washington luminaries were not just names from the newspaper, but people he encountered on a daily basis.

“As seniors, we were invited to the White House by Mamie Eisenhower for a special reception,” he says. “Our high school diplomas were signed by the president, and given to us by Vice President Richard Nixon. I offer this not to brag, but because when you think of my humble background, and then to have this kind of opportunity is literally life-altering,” he says. “I never forget just how blessed I’ve been.”

Equally honest about his college career, Greene is quick to clarify that he was not a star pupil.

“I’m not a book lawyer,” he states flatly. “I don’t want you to think that I was Harvard Law School, first in my class. Nothing could be further from the truth. I actually hated law school.”

With the draft in place, and his deferment expired, newly graduated Greene was required to enlist. He joined the Air Force, entering as an officer in JAG Corps.

Lieutenant Greene was stationed in France, where he lived with a local family and became proficient in the language. In addition to getting his first taste of international travel, he also tried his first cases, and decided to become a trial lawyer. He also married, and at the end of his threeyear tour, he and his new bride returned to Washington.

Almost immediately they set out on an adventure. Renting a car, they drove to Los Angeles, traveling the famed Route 66. There was some discussion of staying, but soon they headed back to Washington. It didn’t take long for 25-year-old Greene to realize he didn’t want to stay in D.C., which was tantamount to abandoning plans to be a trial lawyer, instead working for the government. Ultimately, after several cross-country road trips, the young couple settled in Southern California, where Greene launched his legal career.

“I found California a wonderful, new world,” says Greene. “The people were very accepting, and it was a promising frontier for a young person if you were willing to work hard and take a risk. I think it’s still like that.”

The mediocre student proved to be a courtroom dynamo, passionate about the law and his clients. Above all, he believed in the system where even the little guy can face and beat Goliath.

“I’d been a lousy law student, it was just all so boring. Everything was just theoretical,” he says. “But suddenly, it all became real and so exciting! Representing your client, you can really see the meat on the bone.”

Greene found a niche early on, defending the little guy. Essentially, he was on the ground floor, fighting the battle before the laws changed protecting the consumer. “Then I met a lawyer, and we started this firm,” he says. “That was 44 years ago. Just the two of us, and we had a few cases. We pledged that we would be the greatest trial lawyers in California, and would sleep in our cars if necessary, until we did.” It didn’t take long for people to take notice, and the young firm attracted the cream of the crop, up and coming lawyers. Today, they consistently rank among the top firms in the country.

A popular and in-demand speaker, Greene is frequently addressing large seminars or at law schools throughout the country. He fervently believes and promotes the importance of offering young people a role model, and enthusiastically supports ambitious law students.

“They want to know, ‘is there a place for me-’” he says. “It’s so tough to get a job right out of law school, it always has been actually. So my point is, yes, there is a place for you; you have to find it, you have to work for it, and you have to believe in it. And I offer them the inspirational note, to go for it! Don’t let someone tell you there are too many lawyers, because Ralph Waldo Emerson back in 1830 wrote, ‘Build a better mousetrap, and the world will beat a path to your door.’”