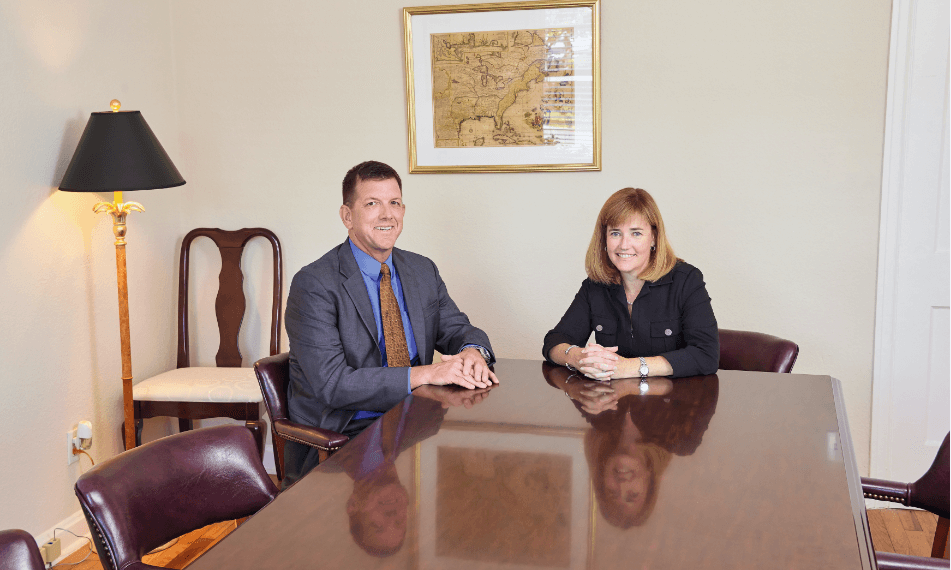 Appellate attorneys have been described as those who persuade a judge about the law, as opposed to a trial lawyer, whose job is to talk to juries about the facts. Obviously, this is an over-simplified depiction of the duties and ultimate role of these highly specialized attorneys, yet essentially that is the heart of the appeals process.

Creed & Gowdy P.A. is considered Jacksonville’s premiere boutique appellate law firm, specializing in varied areas of appellate law. Founding partners Rebecca Creed and Bryan Gowdy, in addition to every attorney in the firm, confidently approach each case, utilizing their extensive expertise and backgrounds in order to skillfully and effectively represent their clients.

In fact, they proudly describe their boutique firm as “Jacksonville’s only appellate law firm with multiple board certified appellate attorneys.”

“Our goal is to be the law firm that Florida’s top lawyers turn to when their biggest cases end up in an appellate court,” adds Creed. “With five board certified appellate attorneys on our roster we sincerely believe we have the manpower, expertise and proven track record.”

That track record includes one particularly high-profile case involving a teenager who had been sentenced to life without parole for a non-homicide. They took his case to the U.S. Supreme Court.

“We persuaded the Court that the sentence imposed on our client was a cruel and unusual punishment,” says Gowdy. “The result was the Court ruled in our favor and that effectively invalidated the juvenile sentencing laws in about 38 states. That was about seven years ago, and we are still involved with that work and issues that have been falling out ever since. As similar legal issues arise across the country, we are frequently called for advice.”

it’s also impacted a lot of people across the country. That was a particularly rewarding case.”

Naturally, not all of their cases receive as much attention or media coverage, but as any attorney knows, every case is “the most important one” at the time, and certainly always for the client.

Creed is a noted expert in the area of medical malpractice, handling many cases with far-reaching effects. “We handle medical malpractice appeals on behalf of plaintiffs,” she says, “including appeals that involve a particular statute in Florida referred to as NICA, or Florida’s Birth-Related Neurological Injury Compensation Act. It’s basically a statutory scheme that limits the amount of recovery that parents can receive if there is a birth-related neurological injury.”

In one instance, Creed represented parents of a severely brain-damaged infant. On appeal to the Supreme Court of Florida, the parents successfully challenged an overly broad statutory interpretation of NICA.

“We were successful in achieving an interpretation of this statute that is more in line with how we see it,” she says. “That’s one of those areas where it can really make an impact not just for that particular family, but also in providing an interpretation that will hopefully help other patients and families, enabling them to sue for medical negligence.”

“Essentially, we take very difficult cases and make creative or novel arguments that often have not been decided by courts and try to vindicate rights for the little guy,” adds Gowdy. “We’re not just reading case law and presenting arguments based on cases upheld. We’re trying to create new law.”

As perfectly in sync as Creed and Gowdy are in their crusades for, as Gowdy puts it, “the little guy,” the two come from very different starting points with regards to their reasons for entering the field of law.

Born and raised in North Carolina, Creed admits being greatly influenced by her father, who was not only an attorney, but became a judge while she was a freshman in high school.

“I was probably about 9 when I decided I wanted to be a lawyer, having gone to my dad’s office and watched him work,” she says. “We lived in a relatively small town and his was a general practice, so he handled a variety of cases.

“I’ve always been interested in reading and writing, and in fact went on to major in English at the University of Virginia. I saw that as good preparation for becoming a lawyer. At one point, I was more of a creative writer, writing poems and short stories.

“But, I’ve since lost that ability and now write like a lawyer,” Creed adds with a laugh.

She received her law degree with honors from the University of North Carolina at Chapel Hill, where she was a staff member of the North Carolina Law Review and was elected to the Order of the Coif.

After law school, Creed joined a Greensboro, North Carolina, law firm, where she first developed an interest in civil litigation and appeals. Following her marriage to a coastal engineer, she moved to Florida and joined the Jacksonville law firm of Baumer, Bradford & Walters P.A. (now the Jacksonville office of Smith, Gambrell & Russell). Focusing on commercial and appellate litigation in the state and federal courts, she became a shareholder of Baumer, Bradford in 1998.

“I was fortunate to have a wonderful mentor who took me under his wing. When I first started work at Baumer, Bradford, he gave me a couple of appeals to work on that had been going on for a long time,” she says. “So, I had that experience from the beginning and found that I was not only very interested, but that the work was something that matched my skill set.”

By 2003, her practice had evolved to focusing exclusively on appellate litigation and since then has included civil, commercial, criminal and family law appellate matters, together with medical malpractice and personal injury appeals.

Gowdy and his two younger siblings were raised in Tampa, where his mother taught elementary school and his father, an engineer, worked for IBM. Before law school, Gowdy was an active-duty surface warfare officer in the United States Navy, and he graduated from the School of Foreign Service at Georgetown University.

“My decision to become a lawyer came later for me,” says Gowdy. “I went to Georgetown on an ROTC scholarship and at that point wanted to go into the Navy thinking that later I might want to have a career either in the foreign service or government. While I was in the Navy, my younger brother began law school and really seemed to enjoy it, so as my time drew nearer to getting out of the Navy, I began to reconsider my earlier choices. I decided to apply to law school and take the LSAT and here I am!”

Gowdy attended the University of Florida Levin College of Law, where he was first in his class, a member of the Order of the Coif, and the management editor of the Florida Law Review. He began his legal career as a law clerk for federal judges at the trial and appellate level and was with the national law firm of McGuire- Woods LLP, where he primarily handled commercial litigation at the trial and appellate level. Like Creed, he had a mentor at his first law firm, David Wells, who taught him how to dig deep, examine a case from every conceivable angle, and present the case in the best possible light for the client.

Both Creed and Gowdy balance their high-powered careers with family life. Creed and her husband, Chris, have a 19-yearold son and 15-year-old daughter; Gowdy and his wife, Barbara, have five children, ranging in age from 3 to 14. Barbara, who is originally from Italy, somehow manages her full house with her career as a lieutenant commander in the U.S. Coast Guard Reserves.

By virtue of their specialty, Creed and Gowdy’s clients are predominately by referral, once a decision is made to initiate the appeals process. However, they are seeing more and more of their colleagues come to them for advice before a case gets to that point. Both agree this is not only a wise decision, but strategically invaluable.

“Sometimes We’re asked to draft the original complaint,” notes Gowdy. “We are brought in that early. It wasn’t as common say, 10 years ago, but now more and more trial attorneys are taking a more proactive approach and seeking us out before they’ve reached the appeals process.”

Whether it’s at the beginning of a client’s case or as they contemplate filing an appeal, an ever-growing number of savvy Jacksonville attorneys are turning to the expertise offered at Creed & Gowdy.