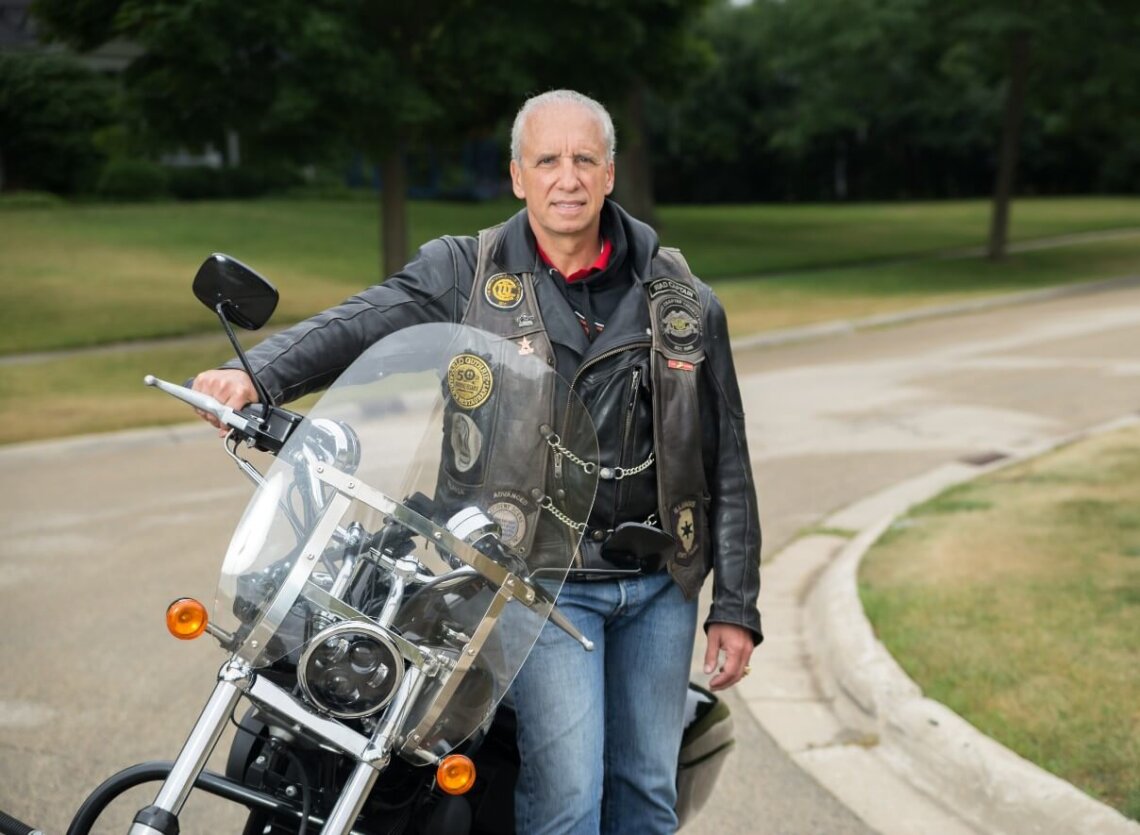 Though he’s well-versed in accounting and financial matters, Carlton R. Marcyan has been focusing his practice in family law for the past 34 years of his legal career. Senior partner at Schiller DuCanto & Fleck LLP, Marcyan had always intended on becoming an attorney as a progression from his accounting and finance training and career. Along with his family law practice, he also offers divorce financial planning, tax analysis and occasionally forensic accounting serving as an expert witness.

Back in 1976, Marcyan began his career with Coopers & Lybrand as an auditor and after law school in 1980 in its tax department. Gaining expertise in accounting and finance, he aspired to litigate. Setting out on his own for a year and a half as a solo practitioner, Marcyan came to the realization that he wanted to be part of a cutting-edge law firm and involved in complex cases working with exceptional lawyers that would later be his mentors. The ninth lawyer hired at Schiller DuCanto & Fleck in 1983 providing the other lawyers with financial analysis, Marcyan now reflects on the firm’s almost 50-lawyer staff .

“It’s very collegial here,” Marcyan says. “They are intelligent and hardworking people. We spend as much or more time here than with our families, so the atmosphere and professional relationship with the staff is also familial.”

Marcyan proudly credits the firm’s three founding partners, Don Schiller, Joseph DuCanto and Charles Fleck as his strongest mentors throughout his career. He also notes Philip Lieb, former partner and judge now retired, as a fount of legal knowledge and technique from which Marcyan learned and applied to his own practice.

Moving forward, Marcyan can foresee the firm continuing to grow and expand. He also has hopes that the firm will eventually expand into other territories outside of Illinois. As for the field of family law, he is working to effectuate change within the process of divorce, stating that many people are seeking resolution rather than taking each other to court and incurring litigation fees that exceed client budgets. One thing he has been working on developing and implementing within the field of law for the past 15 years is something called the collaborative process.

“It’s a cross between mediation and arbitration,” Marcyan says. With this, he hopes it will provide a more efficient and cost-effective solution to resolving divorce matters in a civilized manner without the courthouse.

Looking to the future, Marcyan offers some advice while also confronting the daunting truth most recent law school graduates are trying to avoid.

“Law is a very tough field as the number of graduates outweighs the number of jobs,” Marcyan says. “It’s important to have a passion for law and becoming a lawyer. For younger attorneys, I would advise to become adept and knowledgeable in a specific field. As a young attorney, it’s also crucial to find a mentor so you can ‘learn the ropes;’ go to court and learn through real-life experiences. Law schools seldom off er that experience as part of your studies. Work with a mentor and gain experience.”

Marcyan draws from personal experience explaining that it took him a solid five years to become comfortable in the divorce field since there are so many components to law that need to be understood and learned.

As an individual, Marcyan has worked with the Association of Family and Conciliation Courts (AFCC) – Illinois Chapter that works with local attorneys, mental health and financial professionals to help families going through changes, such as those that come with divorce.

Another thing he would like to accomplish that he hasn’t already is becoming a judge. Though he hopes to achieve this in the near future, he’s also well-prepared if things don’t swing that way and eager to apply his knowledge, experience and skill as a former managing partner, litigator and MBA graduate to provide coaching and mentoring for lawyers and managing partners of medium and small law firms.

“Plan B is to create a consulting company for attorneys,” Marcyan says. “It would be a national organization that provides encouragement and coaching for attorneys to better serve their clients and managing partners to better run their law firms to optimize success.”

One thing Marcyan makes abundantly clear is his active involvement within the community. He is president-elect of the Lake Forest-Lake Bluff Rotary Club, which provides local, national and international aid. Some examples include aiding children in Uganda, providing temporary living in New Orleans after Hurricane Katrina, Food for Kids, which aids the Nicaragua communities and sponsoring international students. The foundation has been around since 2003.

As a former Marine, Marcyan is also actively involved in the Marine Military Academy based in Texas, offering college preparatory education to young men. His son, Colt, attended the school and is now a first lieutenant in the United States Marine Corps and just returned from a deployment to Afghanistan.

Though he acknowledges that the divorce field is rough and makes balancing work and a personal life incredibly difficult, the success of helping a client through tough times is most satisfying, as “after all, lawyers are problem solvers.” He’s not afraid to also acknowledge his firm’s tremendous associates who are instrumental in helping to execute a senior partner’s strategies.

Marcyan will be celebrating his 30th wedding anniversary with his wife, Ana, who is also an attorney. They have three children, Maggie, Colt and Baron. A proud father of three very unique children, he raves about the successes they have found.

“My eldest, Maggie, works for Cannon Corp. as a human resources specialist,” he says. “Colt is serving as a Marine officer. Baron is autistic so he lives in a group home in Oak Park, and my wife and I like to spend the weekends with him.” Baron happens to be the first baby born in Chicago in 1992!

He likes to spend his time off riding motorcycles cross-country, scuba diving, indoor cycling with his wife, and doing Brazilian jiujitsu. He also says his wife enjoys riding saddlebred horses.

“She likes to ride horses; I like to ride motorcycles,” he says with a chuckle.