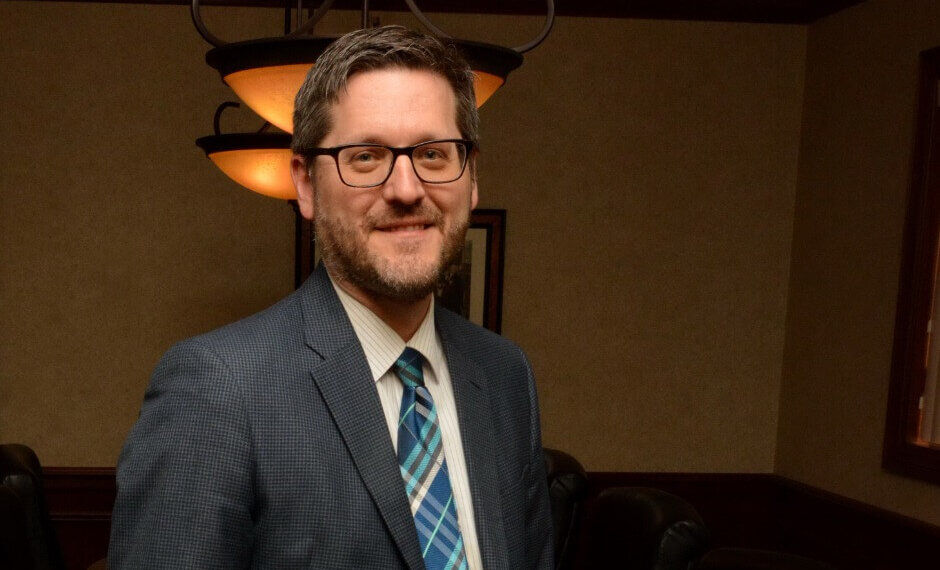 Workers’ compensation attorney Christopher J. Stefancik is a modern-day crusader. His passion and dedication to securing justice and fair compensation for his clients is evident in the spark in his eyes whenever the subject comes up. Focusing almost exclusively in this area of the law for his entire 20- year tenure with Bevan and Associates, Stefancik is undoubtedly one of the most informed and proficient attorneys in matters of workers’ compensation in the state.

A NEED FOR EDUCATION

“Workers’ compensation is an area of the law where a lot of people don’t know what they’re entitled to nor what their rights are,” he says.

Second only to his fervor in seeking fair compensation for his clients is Stefancik’s zeal concerning educating workers about their rights. According to Stefanick, clients typically don’t understand who and what circumstances are protected by workers’ compensation, or they are hesitant to take action because they feel it would be disloyal to their employer. Many mistakenly believe that pursuing a workers’ compensation claim is suing their employer.

“That’s probably the biggest misnomer,” says Stefancik, “because the very reason there is workers’ compensation is because the employers don’t want to be sued, and in most cases, you can’t sue them.

“The problem with workers’ compensation is that it’s a program designed to help an entire working population and the efficacy or fairness of the program is dependent upon everyone knowing what their rights are and what’s available to them.”

Because this is so crucial to the effective implementation of workers’ compensation programs, Bevan and Associates has expended substantial time and money in attempting to educate workers. The fact that unlike most workers’ compensation firms, they represent clients throughout the entire state of Ohio, makes this an even greater task.

“One of the primary focuses of our firm, is to educate everyone in the state as to what those rights and benefits are,” says Stefancik. “And, that is consistent with our relationship with the unions. They have always had that focus along with bargaining and protecting the benefits of their members.”

Ironically, Stefancik notes, these same unions, which at one time carried considerable clout, were also the primary source of information for their members. That would in turn spread to non-union shops and employees. However, times have changed and as unions membership has diminished, there seems to be a gap growing between what workers are entitled to receive and what they actually receive.

“It’s a problem,” he says, “and also something that drives me as an attorney. As the unions have come under political attack, their ability to communicate and negotiate have diminished. Workers are less informed than they used to be and this has a negative effect on all workers. Assisting the unions brings a direct benefit to the members who are injured; more importantly, however, it further justifies why the union is important as a source of legal assistance to achieve success on their claims.”

“One area that I’ve focused on over the last few years, is hearing loss,” says Stefancik. “Many of the plants and factories are significantly loud. There are OSHA regulations designed to identify these places to make sure the workers are provided with adequate protection and that the noise levels are monitored.

“But there are other professions that aren’t necessarily considered ‘loud’, but where exposure to dangerous noise levels is unavoidable, such as policemen,” he continues. “Firearms can go off near the head for instance. Generally, the effects of noise-induced damage to your hearing doesn’t manifest itself until several years after the fact, and by then people think, ‘Well, it’s too late now.’ So, we’ve tried to work hard to make sure that people who are experiencing hearing difficulties later in life realize that it may not be too late and that those benefits are realized.”

Though it might not be considered as drastic or obvious as losing a limb, not being able to hear the voices of loved ones or carry on a normal conversation drastically impacts the quality of life.

One of Stefancik’s most gratifying results came from a case involving a man who had previously had his claim allowed for bilateral hearing loss. Trying to settle the claim on his own, the gentleman was frustrated when offered a mere $3,500 by the Bureau of Workers Compensation.

“That’s when he contacted us,” says Stefancik. “After reviewing his claim, it was apparent he required hearing aids to effectively participate in a normal conversation. He was not aware that he qualified for a total loss of use award as a result of that impairment. Over the employer’s objections, we were successful in securing an award of $76,800 for our client. This, I think, is a great example of how important it is for injured workers to consult with an attorney prior to making any decisions regarding a claim, especially settlement decisions.”

Unfortunately, “low-balling” is not the only method used to avoid paying out large, albeit justified sums. One case Stefancik handled involved a worker who, as a result of an on-the-job injury, was scheduled for an approved ankle surgery. Meanwhile, she was terminated, and the employer used this as reason for denying her benefits saying it was equivalent to voluntarily abandoning her job. Unfortunately, the Industrial Commission agreed with the employer and denied her disability benefits.

“We pursued a request for Writ of Mandamus, arguing that the law regarding voluntary abandonment had been misinterpreted and misapplied,” says Stefancik. “We were successful in getting the decision overturned, but what was particularly satisfying about that case was the fact that the employer had offered several nominal amounts to settle – amounts that were large enough to be tempting – but only a fraction of what we believed she was entitled to.”

As Stefancik points out, this is a perfect example of why it’s so important for these workers to seek out a qualified attorney.

“I think an unrepresented worker would in those circumstances, not appeal the denial in the first place and certainly not refuse a discounted settlement,” he says. “Unfortunately, most injured workers are unrepresented and improper denials frequently go unchallenged.”

Although he cannot leap tall buildings in a single bound and doesn’t sport a cape, this is where Stefancik-the-crusader takes over.

“The most gratifying part of pursuing and winning cases like these is that it shifts focus back to what we believe is the primary responsibility of the BWC and the real intent of the statute, which is to provide prompt benefits, accurate decisions and help for injured workers to either treat their injuries so they can return to work, or compensate them fairly when that is not possible.”

RESPECT FOR A SOLID WORK ETHIC

Stefancik credits his parents for not only helping him realize that the law would be an idea fit, but for the values they instilled; what he calls “the blue-collar ethics.”

“I grew up in a military family,” he says. “Dad was a non-commissioned officer with only a high school education who joined the Air Force during the Vietnam War and attained the highest possible rank for an NCO, chief master sergeant. Mom worked full time as a secretary and office manager at the various bases where my dad was stationed.”

He explains that while his parents certainly helped as much as they could afford to, Stefancik worked his way through both undergraduate and then law school at a variety of labor-intensive jobs. He was following the example set by his parents.

“They instilled in me a strong respect for a solid work ethic,” he says, “one that I feel many of my clients share. I try to treat my clients as if I were representing my parents. They deserve to be treated with respect and dignity – something else I feel is missing when injured workers are not represented.

A dedicated family man, Stefancik most enjoys spending his free time with his wife Lisa and 12-year-old son Caelan.

As the interview draws to a close, Stefancik leans back in his chair. “I promised one of my clients that I would mention this,” he says with a smile. “He wants to know how the BWC can turn down a claim based on information taken from a doctor who’s never even seen him.”

“It’s a question I get a lot, and why I’m so passionate about doing what I can to make sure this agency does the job they are supposed to do. How they can do that is really less important than helping injured workers faced with that obstacle overcome it.”