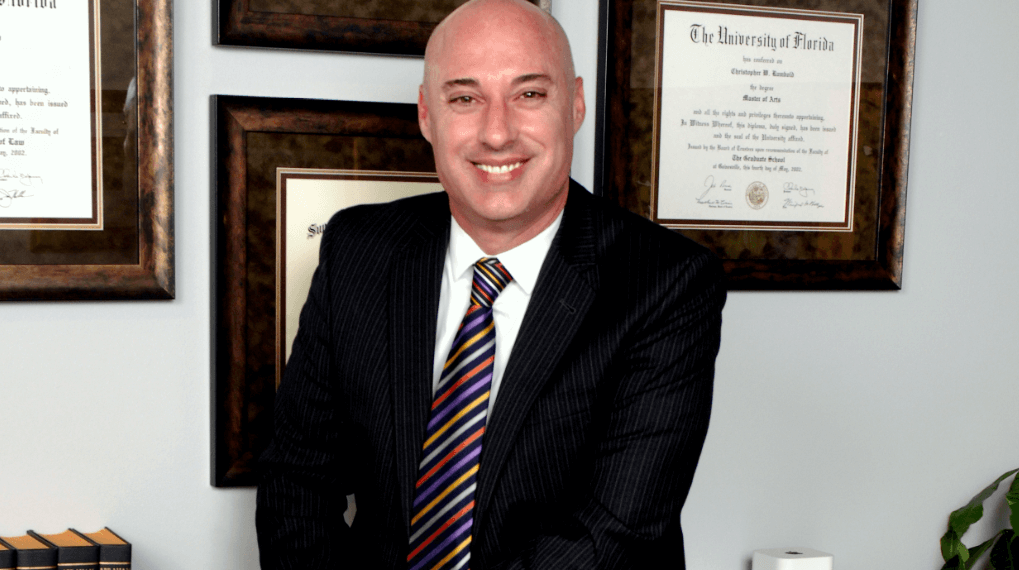 “I’ve invested a substantial amount of time anticipating the future of family law. In envisioning and establishing the firm, my plan was to create a dynamic, cutting edge family law firm where I could happily and successfully practice for the next 20-25 years. Further, I intend to expand the firm to include a partner, several associates and support staff and for it to become one of the premier matrimonial and family practices in this state. As I set off on my own, this firm represents the culmination of almost two decades of aspirations, education and hard work,” says Christopher W. Rumbold, principal of the Law Office of Christopher W. Rumbold, PLLC.

The firm, formed in April 2015, exclusively handles marital and family law cases, but also has a mediation component. Rumbold says, “I’m firmly rooted in family law; this is my life and my passion. I have practiced family law exclusively for 10 years and the love I have for it sets me apart from other attorneys who simply dabble or practice without the love, respect and conviction I feel for it.” Rumbold has handled complex high net worth and ultra-high net worth marital and family litigation in South Florida since 2005 – first, as a senior associate with Heller & Chames, P.A. in Miami and then as a senior associate and eventually as a partner with Gladstone & Weissman, P.A. in Boca Raton.

A Drive to Affect Positive Change

Rumbold earned undergraduate degrees in sociology and psychology, and his master’s degree in sociology and his Juris Doctor from the University of Florida. While he initially planned on pursuing his doctorate in sociology, things changed after he started at the public defender’s office. “Once I had a taste of being in the courtroom every day, I had no intention of going back to finish my doctorate,” Rumbold says. Following three years of criminal practice and invaluable experience derived from more than 20 jury trials and 100 bench trials, Rumbold transitioned to family law.

According to Rumbold, the transition to marital law was simple and natural. “Sociology and psychology are human-centric pursuits; it was a logical move, for me, to focus on family law where I could not only practice but, hopefully, affect positive change in the lives of my clients and their families. Once I started practicing family law I never considered doing anything else,” he says. Ten years, two law firms and a wealth of litigation and mediation experience later, he says, “In the arena of law, I wouldn’t do anything else.”

Among his accomplishments, Rumbold is rated AV Preeminent by Martindale- Hubbell, listed in Super Lawyers 2011- 2015 and included in the National Association of Distinguished Counsel. He coauthored the amicus curiae briefs in two of Florida’s same-sex marriage appeals, and he regularly lectures and publishes on family law issues.

Involved in the Most Dynamic Area of Law

The most fundamental change impacting family law in recent decades was the U.S. Supreme Court’s ruling in Obergefell.

While the court only recently ruled, Rumbold and others in Florida have been intimately involved in the marriage equality movement for years.

Rumbold says, “That for me is the polestar of the future of family law – inclusiveness for all Americans in the historic institution of marriage – a civil right which must be fiercely protected if we are to call ourselves a civilized society.” This convergence of events – the timing, design, mission and location of his firm – occurred with Rumbold’s eye firmly focused on marital equality and legal needs (family and matrimonial) of all clients regardless of their individual beliefs or circumstances.

In addition to his litigation and mediation practice, he serves the family law section as co-chair of its legislation committee, vice-chair of its nomenclature committee, and is a member of its executive council. The nomenclature committee, created and fostered by immediate past chair, Norberto Katz and current chair, Maria Gonzalez, is charged with reviewing the 508-plus statutes related to family law and predicated on marital status for the purposes of determining whether those statutes should be amended to secure gender equality and further whether those same statutes require substantive change. Potentially, Rumbold and others will be called upon to testify in Tallahassee during the next legislative session regarding the need for revisions. “Theoretically and practically, what the state of Florida ultimately does legislatively post-marital equality will have a huge impact on Florida’s families, family law and how we practice it,” he says.

“Law is in flux, always evolving and redefining itself – this area of law at this time is probably the most dynamic – it is truly exciting being a part of that,” Rumbold says.

Rumbold’s passion for family law is also fueled by the ever-changing nature of his clientele and their needs. He says, “An attorney can face similar legal equations and fact patterns in two different cases and based upon the exact tincture of the facts, the law and the human psychology of competing personalities, argue for and reach two very different conclusions.” That delicate balance predicating and precipitating major variability piques his interest most.

“The thing I enjoy about practicing in this area is that you have a problem that has a solution and the solution isn’t just legal and financial; it’s also human and emotional. The solution isn’t always what’s best in one realm. It may very well be what’s best when you temper all of those realms. Deciphering the human psychology of it, juxtaposing that with the financial, legal, social and emotional components and ramifications and thereby determining what truly is most important and advantageous for that particular client, that’s the thing that’s most interesting to me” he says.