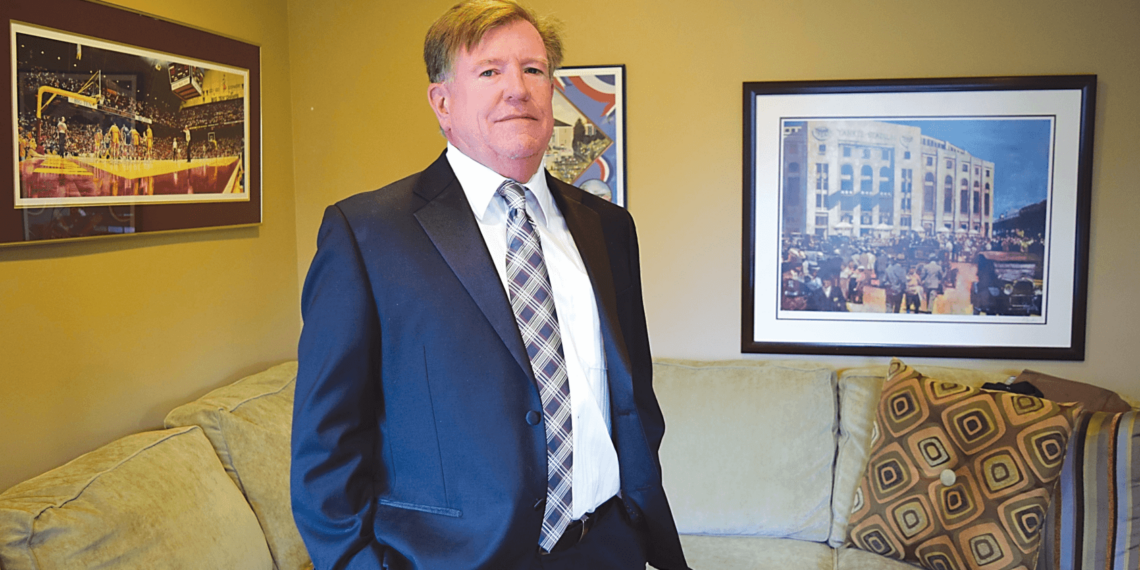 Attorney William G. Cottrell has been taking the worry out of people’s legal worries for more than 35 years. Recently, Cottrell’s debt collection practice grew to include partner Andrew A. Green, expanding on the firm’s legacy of reliable representation as Cottrell Green PA in Minnesota and North Dakota.

A South Minneapolis native who grew up near Lake Harriet and played high school basketball alongside Prince, Cottrell says the idea of becoming a lawyer first hit him when he was in the ninth grade and saw “To Kill a Mockingbird.” He recalled, “Watching it, I got choked up by the idea of helping people in need, and I had an aptitude toward law rather than other sciences.”

Cottrell graduated from the University of Minnesota and went straight on to night law school at William Mitchell College of Law while working full time as a credit manager at Honeywell. After passing the bar, Cottrell was hired by a debt collection firm. It wasn’t exactly the law career he had imagined for himself, but in the challenged economic climate of the early ’80s, he was grateful to find a position. The upside was that he began going to court and learning litigation skills right away. The downside was that he was garnishing the wages and bank accounts of people who could ill afford it. “I was very sensitive to the fact that when we represented our clients, we might cause someone else to be homeless, lose their job or file bankruptcy. I learned not to be nasty or hard-headed about it; I already had a big stick. I could be gentle, empathetic and understanding, and make a difference by trying to work things out in a way that was good for everybody.”

Cottrell developed a successful practice with his astonishing genius for helping creditors recover their assets while championing the plight of the disadvantaged. He spent the next 14 years as a senior litigator, doing commercial collection work and business litigation, cementing his reputation as a skilled negotiator and effective trial advocate. “Because I was a litigator, I also handled some criminal matters and divorce cases, and some interesting high-stakes lawsuits. It was a stressful time in some ways, since I was raising a family and working long hours, but it was also exciting to be handling everything from jury trials to appellate issues.”

A French company was the catalyst for Cottrell to open his own firm in 2002. “I’d been thinking about it for about 10 years, and I saw my opportunity when I took on a multimillion-dollar suit for a French company that produced champagne and cognac. The litigation went well, and with the clients I had established over the previous 18 years, I felt confident that I could get through my first year.”

A French company was the catalyst for Cottrell to open his own firm in 2002. “I’d been thinking about it for about 10 years, and I saw my opportunity when I took on a multimillion-dollar suit for a French company that produced champagne and cognac.”

The firm flourished, acquiring an array of clients that includes lawyers, insurance companies, banks, construction companies, suppliers of goods, private schools, individuals and anyone else who may extend credit. It is one of the few law firms that will handle collection of debt on a contingency basis, when possible.

Clients continue to retain Cottrell for his unique approach to debt collection, which yields consistently favorable results. “I am a zealous advocate for my clients who tries to work out arrangements that are also acceptable to the debtor. I find that most of the people I am pursuing are honest but have fallen on hard times. I realized early in my career that this area of law could be very rewarding if I could humanize the process of collecting debts. When I slowed down and started talking to people, I realized I could help them instead of aggressively taking from them. Creditors often don’t realize how easy it is for people to file bankruptcy, dissolve a company or just become an ostrich. They actually have a better chance at collecting if they work with them. It can be a win-win.”

When debtors do not pay as promised, Cottrell is ready with more stringent methods. “I am perfectly willing to use all the remedies the law allows. We are persistent and have all the resources to locate people’s assets and employers. We are also well-versed in all the federal and state consumer laws that regulate these processes. If you want to collect debts, you had better know them all and comply with them.”

With the addition of Green, the firm has taken on a larger volume of cases. “Andrew is a great researcher and can find the answer in minutes, where other lawyers spend hours,” Cottrell said. “Like many millennials, he’s up-to-date on technology in ways I’m not, which is a real asset to our firm. He’s from Fargo and has a strong work ethic – something else I admire about him.”

Area residents may recognize Cottrell as a burgeoning celebrity. He produces a local television talk show called, “Law Talk,” which airs in both Eagan and Burnsville. During his half-hour show, Cottrell invites lawyers to come on and discuss various points of law. He also recently took up singing lessons, and he staged his musical debut at a University of Minnesota Gophers game, where he sang the National Anthem for a crowd of 10,000.

“It was the first time I sang in public, and I was terrified, but it went really well. My dad was a professional trumpet player, so I must have gotten some of his musical genes. I also sing at my mom’s senior center every two weeks, where I like to do ’40s jazz. I believe you should never give up on your dreams, no matter how old you are. I love taking on new hobbies and learning new things.”

Whether the collection of a debt simply requires letters, phone calls, emails or complex litigation, the attorneys at Cottrell Green approach every matter with honesty and finesse. They bring dignity to the legal process by acting efficiently on behalf of creditors and compassionately toward debtors.