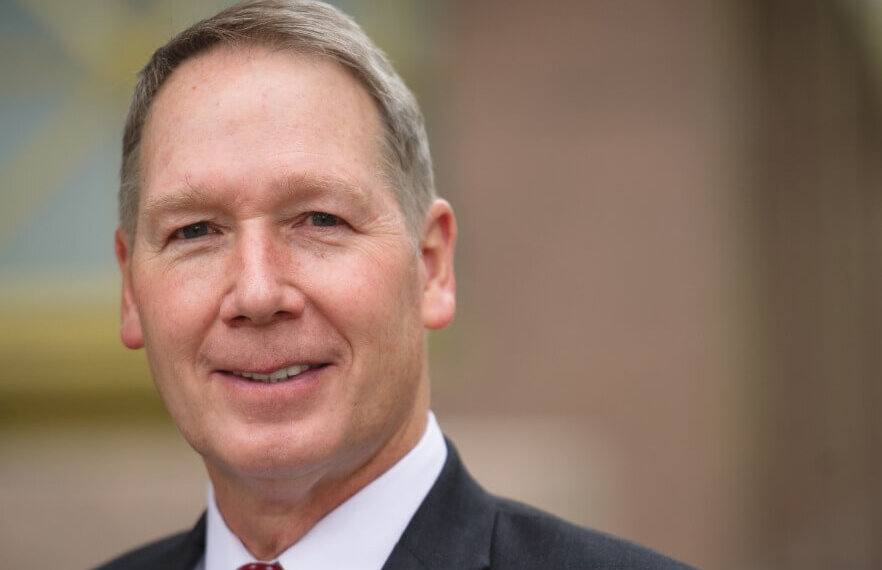 “If you want something done, get a busy person to do it.” Few people validate the truth behind this adage better than David Jordan, senior partner at Stoel Rives. Uniquely qualified to pile his proverbial plate high, Jordan is blessed not only with a keen mind, robust drive, and agile adaptability, but also has the moral substance that compels him to offer help where needed. Fortunately, as he says, he’s also blessed with a constitution that is “resistant to stress.”

David Jordan’s undaunting desire to embrace multiple enterprises is not something new. Even in college, it wasn’t enough to secure one degree; he double majored in psychology and political science, graduating cum laude. Then, taking the advice and following in the footsteps of his older brother, Jordan continued on to law school at Vanderbilt University, where he served on the editorial board of the law review and was named to the Order of the Coif. Most young law students are thrilled to be proffered one clerkship, but Jordan had two prime offers on the table. One was a clerkship with a sixth circuit judge and the other with a district court judge.

“I was pretty confident at that point that I wanted to be a trial lawyer,” he says, “so I preferred to clerk at the district court level because I wanted that courtroom experience.”

It was considered a rather unorthodox decision, particularly by the judge whom he graciously declined. Nonetheless, the rewards were threefold for Jordan. He enjoyed ample courtroom experience, found an amazing mentor and friend in the legendary Judge Robert McRae Jr. and met his future wife. And he was just warming up.

While Jordan spent a significant portion of his childhood in West Point, New York where his father, a military officer was a professor at the acclaimed academy, there were also the intermittent moves characteristic of army life. At age 11, he found himself in India, which he happily recalls as “a great adventure,” and in junior high the family called Washington, D.C. home for a while. They returned to West Point in time for Jordan to graduate high school, then he was off to Maine to attend Bowdoin College, and finally to Tennessee for law school. In the middle of his education, Jordan took two years to serve as a LDS missionary in Rio de Janeiro, Brazil. So, when it came time to choose where to begin building his practice, Jordan felt no strong ties to any particular locale. He says the decision was easy though, and chose Salt Lake City to plant roots for himself and his future family.

There was one more enticement drawing him to the “City of the Saints,” and that was his lovely fiancée Holly Garrett, who was a student at BYU at the time.

“We continued our courtship,” he acknowledges with a smile. “I moved out here in September 1980 and we were married in December of that year.”

David Jordan has enjoyed not only a full and rewarding career of more than three decades, but he’s generously and unstintingly given of his time and expertise. Over the years, he has served as administrative law judge for the Utah Procurement Appeals Board (1986-91), a member of the Sutherland Inn of Court II (1986-90), and as chair of the board of trustees of Southern Utah University (1989-91).

Then, in 1991 he was tapped for an even higher calling by then President George H.W. Bush, to serve as United States Attorney for the District of Utah.

“Coming to understand the criminal side of the law, and trying criminal cases was a very enjoyable experience,” he says. “Also, having the opportunity to serve almost my entire tenure on the attorney general’s advisory committee in Washington, D.C. was exciting and an honor. I worked with some wonderful people – Jeff Sessions, now U.S. Attorney General; Mike Chertoff, former Secretary of Homeland Security; and others who have gone on to do great things.

“One of the most enlightening facets of that experience was discovering that the closer you get to the Justice Department, the better you feel about the institution with which we were all associated.”

Jordan’s contributions extend even beyond these shores. In 2012, at the height of his practice, he was called by the LDS Church to serve as mission president in London. Overseeing approximately 260 missionaries, he and his wife lived in England for the next three years.

“It was an incredible experience,” he says, “and I actually returned reinvigorated and even more excited about my practice. Stoel Rives was just incredible, and completely supportive. I not only had my job when I returned, I had my same office, assistant and parking place!”

There is one other passion in which David Jordan has continued to indulge, and that is lacrosse. “I played in high school and college,” he says, “and have never lost my love for the game,” and over the years have coached at the high school level.