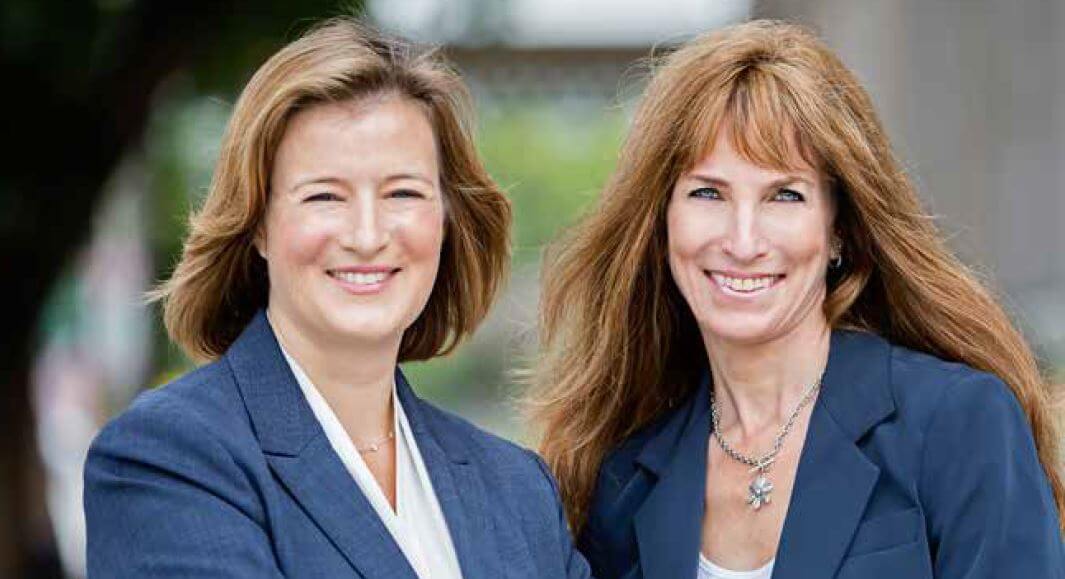 Degani & Galston LLP is a dynamic new appellate law boutique based in Los Angeles. The two partners, Orly Degani and Kate Galston, have years of biglaw experience. They now bring that experience to their boutique practice.

Like Minds Orly Degani excelled at Stanford Law School and then clerked for the late Judge David Thompson on the United States Court of Appeals for the Ninth Circuit. After clerking, she worked at Keker & Van Nest in San Francisco, before securing a position at the U.S. Attorney’s Office, criminal division, in Los Angeles. While at the U.S. Attorney’s Office, Degani prosecuted criminal trials and handled numerous criminal appeals in the Ninth Circuit. “I realized that I love appeals,” Degani says. “I like the detailed analysis required and the focus on legal issues and persuasive writing.” Degani later honed her appellate skills at the appellate firm Horvitz & Levy and then in the appellate department of Akin Gump Strauss Hauer & Feld.

Early in her career, Degani was recognized as one of the best lawyers under 40 by the Los Angeles Daily Journal and included repeatedly on the Super Lawyers list of Southern California Rising Stars in appellate practice. Recently, Degani has been honored with inclusion on the lists of The Best Lawyers in America and Southern California Super Lawyers in recognition of her appellate expertise. She has also earned acceptance into the exclusive California Academy of Appellate Lawyers. Degani also devotes considerable pro bono time to legal matters involving animals.

Kate Galston excelled at New York University School of Law, before clerking for Judge Reena Raggi on the United States Court of Appeals for the Second Circuit. After moving to California, she worked at Irell & Manella, litigating a variety of cases in the trial and appellate courts, including the landmark City of Hope v. Genentech case in the California Supreme Court. “I knew at that point that I wanted to focus my career on appellate work,” Galston says. She later joined Akin Gump’s appellate department, where she devoted her time to appellate matters, including litigating a number of groundbreaking labor and employment-related appeals.

Galston has been included in the Super Lawyers list of Southern California Rising Stars in appellate practice for multiple years, including most recently in 2015. She also serves on the executive board and as secretary of the American Bar Association’s Council of Appellate Lawyers—the only national appellate bar-bench organization in the country. Galston is also a member of the board of directors of the Harriett Buhai Center for Family Law, a Los Angelesbased legal services organization that works to improve the lives of low-income parents and children.

Degani and Galston met while working at Akin Gump. “We worked on a huge, record appeal, with many moving parts, and we were struck by how well we collaborated,” says Degani. The case certainly was large— an appeal that resulted in the affirmance of an approximately $100 million judgment in their client’s favor. At the end of last year, Degani and Galston decided to join forces and work on challenging appellate cases together.

A Wide Variety of Appellate Cases Degani and Galston founded their firm early this year but have been busy from the start, handling appeals in numerous areas—such as labor and employment, real estate, contract law and environmental disputes, to name a few. “We primarily handle civil appeals and remain appellate generalists,” states Galston. “This means that our expertise and what we offer to our clients is our knowledge of the appellate process and excellent brief-writing and argument skills. We know how to translate facts and legal arguments into appellate briefs and arguments in the courts of appeal.”

Degani says that to date most of the firm’s work has come from referrals and word-of-mouth. “We have received referrals from lawyers we know who have either worked with us in the past or have heard about our work,” she explains.

“Although we see ourselves as appellate lawyers, the work we do is actually quite varied,” Galston continues. “When we handle an appeal, either from a trial court judgment or order, we will handle every aspect of that appeal, including the appellate briefs, any motions and oral argument. But we also do a significant amount of consulting work where we advise lawyers and clients who are still at the trial court stage but thinking about the appeal. It’s never too early to think about the appeal!”

Degani agrees, “We provide value to trial lawyers – before, during and after trial. We give them access to an appellate department, a luxury that the big firms have but most smaller firms do not.”

The Degani & Galston Difference It is the personal attention to detail, coupled with a broad and varied background and experience that sets Degani and Galston apart and allows them to offer value to their clients.

“We have a depth and breadth of appellate experience,” explains Galston. “Because we are a boutique shop, our clients gain the benefit of our expertise. Orly and I are extremely involved in all of our cases. We also can offer a great value by operating with less overhead, using technology to save time and money and focusing on efficient pricing and fee structures.”

“Our clients also know who is working on their case. This type of work takes a lot time, focus and expertise. You want to know that the lawyer writing the brief is the one who has that knowledge; you want them to review the papers, do the analysis and stand at the helm of the process,” finishes Degani.