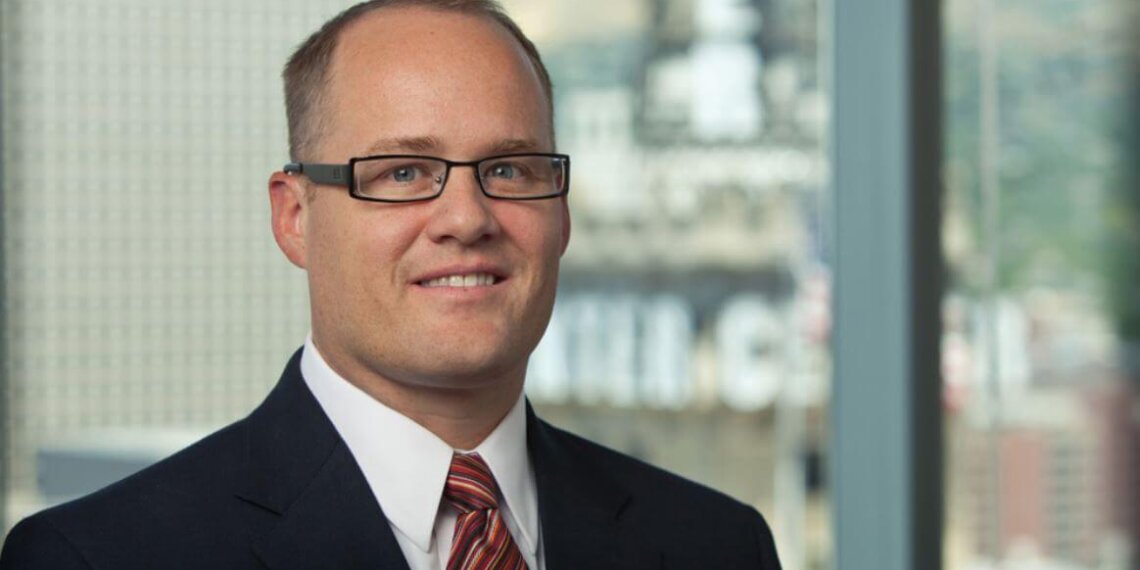 Ensconced in the law since he was young, Derek Anderson had not seriously considered attending law school until he worked for Senator Orrin Hatch in Washington D.C. “My interest in law was really piqued because I was surrounded by law graduates who were working as lawmakers and judges,” Anderson said. “They were doing significant things for this country.”

It was through this experience that he saw the possibilities with a law degree.

Originally, Anderson believed he would follow in his father’s footsteps and enter the medical field. “My dad never pressured me,” he said. “He set an example of hard work and passion for his profession. He challenged me to discover my own passion. Looking back, I really appreciate his approach because I feel like I made my own way.”

Upon entering the law, Anderson assumed he would take up litigation like his grandfather. But with an aptitude for business and real estate, his interest took a sharp turn toward transactional work. Today, he is known around the office as a “deal junkie.”

According to Anderson, he has been lucky in the ability to work with great lawyers. He was given the opportunity to work with many attorneys he looked up to at both Jones Waldo and at Bennett Tueller Johnson & Deere. “Both great firms with great people who really helped me along,” he said. “Both of my uncles, Chris and Kevin Anderson have inspired me by their accomplishments in the law. However, I think my biggest influence thus far has been my partners at Pia Anderson Dorius Reynard & Moss, particularly, Joseph Pia and Brennan Moss.”

Looking ahead in his career, Anderson admits he has simple goals, “I want to continue to improve and expand my skills daily, provide great service to my clients and be loyal and supportive to my partners. If I can accomplish that, I think I’ve succeeded.”

Having recently taken on the responsibility of managing partner, Anderson looks forward to the chance to propel the firm even further forward.

“It is the variety of intellectual challenges that come each day on different transactions that keeps life interesting,” he said. Beyond that the ability to work with his partners and the clients keeps him coming back every day.

While Anderson finds deep joy in his transactional practice, he does admit to some flaws in the system. “Keeping track of my time every minute of the day is difficult,” he said of the billable hour.

Additionally, he notices a rift in the justice delivered through the litigation process. “It seems like the court system doesn’t always lend itself to achieving justice,” he said. “Instead it becomes a survival of the fittest – or richest. However, I still believe it is the best system in the world to adjudicate claims between ‘principled’ parties.”

Recently the firm has opened offices in Dallas, Texas and Milwaukee, Wisconsin. A milestone both Anderson and his partners are pleased to achieve.

Outside of the office, Anderson is involved in several real estate developments. “I also enjoy spending time with my family. I’ve coached five little league football championships in six years.”

Having visited 49 of the 50 states, Anderson hopes to check North Dakota off his list in 2015.