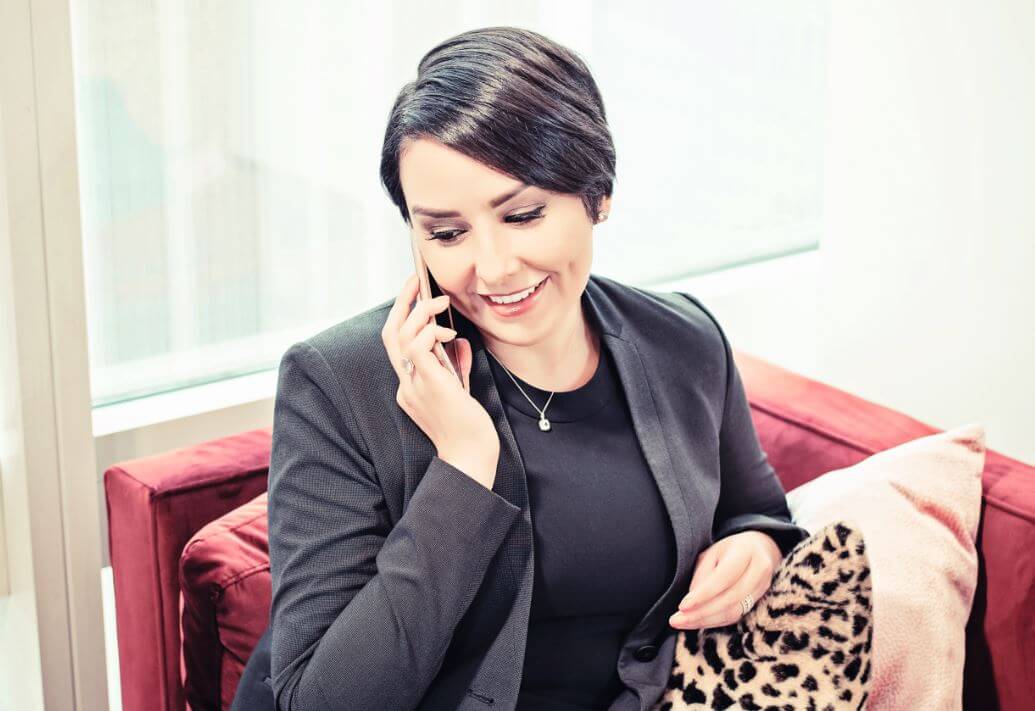 Daughter of immigrant parents, Diana Dowell spoke only Spanish until beginning kindergarten. A bright and resourceful child, she quickly learned English; however, her initial inability to communicate with teachers or other children came with its own challenges. Dowell addressed these in a very creative way.

“I don’t remember having difficulty learning English, but I do very clearly remember having to bribe a little girl to be my first friend,” she says with a laugh. “Her name was Kelly and because I couldn’t really talk with her I offered to let her wear my grandmother’s ring.

“Also, I recall the school calling my mother and suggesting that I be put in ESL classes,” she continues. “My mother said, ‘Absolutely not! Diana’s going to learn just fine in regular classes.’ It was one of the best decisions she could have made for me. It was a particularly special time for me, because my mother was also learning English and we studied together. In fact, later when she continued her education to become a nurse, the whole family would be sitting around the table together studying. It was wonderful.”

Partner at the law firm of Stokes Wagner, today Dowell has many special memories of her childhood and especially the unquestionable support she received from her parents.

“They always motivated me,” she says. “They always told me that whatever I put my mind to, I could do. I know that sounds rather generic, but they backed up those words with real action. They made me really believe that I could make any dream come true; that no goal or ambition was too far a reach.”

Dowell talks about a Sunday drive with her parents admiring the lavish homes of Bel Air. Spotting an open house sign, she asked her father to pull over. To her surprise and delight he did, and the three toured the expansive mansion. Dowell, all of 14, even talked at length with the Realtor.

“As we were leaving, I told my parents, ‘Оne of these days I’m going to own a house like this,’” she recalls. “I could see the pride on my father’s face.”

Fielding phone calls and translating as well as responding to her parent’s mail provided early training for the young Dowell.

“I always knew I could think fast on my feet,” she says. “Because my parents did not speak English, I would serve as their interpreter for phone calls and mail that came for them. Later, as I grew into my early teens, I began to just handle things, even pretending to be my mom on the phone. I think those early experiences made me fall in love with the idea of successfully representing others and helping to make their lives easier.”

By the time she was an undergraduate, studying political science and economics at University of California at San Diego, Dowell knew that she would pursue a career in law. She also fell in love with San Diego, and despite missing her close-knit family, decided to continue her studies at California Western School of Law.

“Law school was definitely a learning experience,” says Dowell. “Being the first in my immediate family to attend grad school resulted in quite the learning curve. The tougher transition, however, was my transition into practice. It’s one thing to write a memo and another to provide real-time advice.”

“My clients don’t want a complicated analysis of the law, they want answers and direction. It’s my job to clearly and concisely explain to them the situation in plain language, and let them weigh their options.”

Upon obtaining her Juris Doctor, Dowell served an internship under a defense attorney at an insurance company. Here she realized how well employment and labor law fit with both her personality and ambition to serve others.

“I’ve always been defense minded,” she says. “My heart is to do more good by affecting policy. I felt the best way to help as many people as possible was working with the companies who hire and helping them set up their HR departments and put policies in place that would best serve both my client and their employees.”

“My heart is to do more good by affecting policy. I felt the best way to help as many people as possible was working with the companies who hire and helping them set up their HR departments and put policies in place that would best serve both my client and their employees.”

As chief operating officer of one of the country’s best-respected and largest law firms specializing in the hospitality industry, Dowell says she finds her work both challenging and rewarding.

“Being in the hospitality industry is such a blessing,” she says. “It is so welcoming and warm; it’s all about positive experiences and memories. There are so many different aspects, too; it’s not all litigation. We also do a lot of consulting and advising. Whether it’s a client opening a new property or one that wants to review and update their current employee policies, we’re there to help.

“While it’s a very fun atmosphere, every single decision is so critical,” she adds. “We’ve built strong relationships with our clients. Knowing them well, how they operate and what their goals are, we are in a better position to offer the best advice. And while it’s impossible to anticipate every possible variable, that’s exactly what we try to do because every decision has the potential to come full circle if we need later represent them in a dispute.”

Dowell says she’s often surprised when people question her loyalty to the “little guy,” given that her clients are typically large resorts, restaurants or nightclubs who employ thousands.

“I’ve been asked, ‘Why don’t you represent the little guy?’ They don’t understand that I’m actually in the best position to truly affect change,” she says. “I feel that I have the power to effect change that will be of the greatest benefit for employees. By helping set policies and procedures in place, ideally the ‘little guy’ won’t need representation in court because he’ll be taken care of by his employer.

“There’s also the flip side of that,” she continues. “The way our system is set up, regardless of how frivolous or unfounded a lawsuit might be, a company must respond. In many ways, it’s like they’re being held over a barrel. Even if they know they are in the right and will undoubtedly win the case, there is nothing in place to compensate them for lost time and revenue the litigation will cost.

“I always tell my clients, ‘You should fight for what is right,’ but you have to balance that against the economics.”

Dowell and her husband, Dan, met in San Diego, and have been married for three years. Both have extended family in and around Los Angeles, so a few years ago they decided to return to the area. She says their favorite thing is spending time with family and traveling whenever possible.

“I have a large extended family,” she says. “Although I’m one of only three children, my brother has two children and so does my sister, and of course, my parents were very happy when I moved back.”

Looking to the future Dowell says she hopes to continue to help build the firm. “I’m elated to be a shareholder,” she says. “Our firm is already expanding rapidly as the hospitality industry, particularly here in Los Angeles, continues to grow. Someday, down the road, in the far, distant future, Dan and I hope to retire to Carmel.

“Although,” she adds with a wink, “as long as I have a laptop, I’ll probably always keep working. I really do love what I do!” 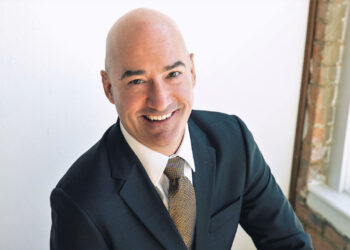