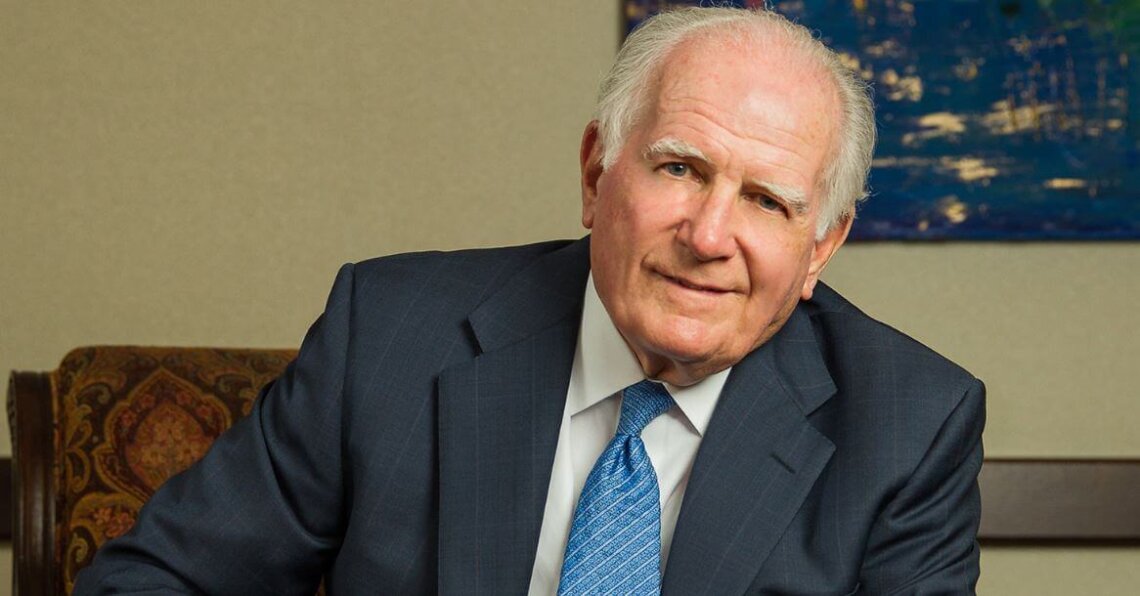 Doug Mulder: The Myth, The Man, The Legend

Over the past 34 years, Doug Mulder has woven arguments that have both captivated and compelled jurors to see his clients in the best light, gaining him a reputation as not only a skilled orator, but also as a respected opponent in the courtroom. It is his stage presence as well as an innate desire to win that helped Mulder transition from an heir-apparent district attorney to one of the winningest and best known criminal defense attorneys in Texas.

During law school at Southern Methodist University, Mulder recognized that he wanted to become a trial attorney. He knew the best place to gain hands-on experience would be in the Dallas County district attorney’s office under the direction of the legendary Henry Wade.

Mulder applied, was accepted and then spent the next 16 years of his career securing one of the best conviction rates in the history of Dallas County. He prosecuted hundreds of cases. Twenty times he sought the death penalty and 20 times jurors agreed. He rose quickly through the ranks and was named Wade’s first assistant before his 30th birthday.

Of the thousand or so lawyers Wade hired over 36 years as district attorney, he said Mulder was the best trial attorney. Mulder was the only applicant ever hired by Wade upon the first interview.

Most observers thought that Mulder could have waltzed into the DA’s job when Wade decided to retire. He was Wade’s favorite and his chosen successor. But according to Wade, Mulder really never wanted to be the District Attorney. Wade recalled how the governor had called him at home one night. There was an opening on the Court of Criminal Appeals and he wanted to appoint Wade. He said Wade could name his successor, “I talked to Doug the next day and he said, ‘you don’t want to be a judge and I don’t want to be District Attorney so let’s just go on like we are,’” Wade turned down the appointment.

In December 1980, Mulder was approached to represent Bobby Joe Manziel, a wealthy Tyler oilman. Manziel was indicted for capital murder in the death of a local grocer. Manziel offered to double Mulder’s annual salary. Mulder left the DA’s office in January 1981. He convinced the prosecutors that they couldn’t win their case against Manziel and the charge was dropped.

The first case Mulder actually tried as a defense attorney was the capital murder trial of a college freshman accused of the murder of a fellow student at Texas A&M in College Station. The victim was stabbed 26 times allegedly during a burglary. After a nine-week trial, the defendant was acquitted of capital murder and convicted of manslaughter and sentenced to 15 years. “We didn’t even appeal – he served three years and three months,” Mulder said.

Mulder was off and running.

While many of his contemporaries have long since retired, Mulder has pressed on and continues to be a recognizable presence in the local courthouse. His passion for the law has not dwindled as the years have gone by, nor has his determination to provide actual personal interaction with his clients via phone or in person as opposed to heavy reliance on impersonal “new technology” like texts or emails. He doesn’t even have a website, but that does not stop potential clients from finding him. In fact, Mulder still maintains a hefty caseload of 50-75 active cases.

Family Legacy Today, many attorneys try to avoid the courtroom at all costs, using mediation to resolve a case before it ever reaches the trial stage. Mulder, however, excels in the courthouse and prefers to try a case in front of a jury, a trait he has passed down to his children. Mulder’s legacy will live on long after he decides to retire. Both his daughter, Michelle, and his son, Chris, have followed in his footsteps and joined their father in the practice of criminal defense. While Michelle no longer practices, Mulder enjoyed working closely with his daughter. “She practiced with me for about seven years,” he said. “We made a good combination. Juries liked the father-daughter team – we never lost a case.”

For the last 16 years, Mulder has tried the serious cases with his son, Chris. Chris graduated from SMU law school and served in the Dallas DA’s office for four years before joining his dad.

“I have tried hundreds of jury trials over the years with dozens of lawyers,” Mulder said. “Chris is my favorite. He is the absolute best. He is great at analyzing situations – he has good intuition and excellent judgment. Juries really like him. Our styles differ somewhat, but they complement each other. He’s actually a better lawyer than I am.”

Mulder is known throughout Texas for representing the former Methodist pastor, Walker Railey, in the attempted murder of his wife, Peggy. This case could not have been more sensationalized if it was a Hollywood blockbuster – the attempted murder of a beloved minister’s wife, the discovery of an illicit affair and an attempted suicide of the accused, complete with a note declaring he had “demons within him” and was tired of being good.

Railey had explained that after working until midnight at the SMU library, he arrived home to find Peggy unconscious in the garage of their home. The attack left her severely brain damaged and in a permanent vegetative state. In the days following the attack, the congregation rallied behind Railey, who spent most of his time at the hospital with Peggy. He was also admitted and treated for shock. Then, Railey locked himself in his hospital suite and ingested three bottles of tranquilizers and antidepressants.

The focus of suspicion shifted from the public at large to Walker Railey himself. A group of pastors from the church hired Mulder before Railey was even considered a main suspect and brought before a grand jury.

In the weeks leading up to her attack, the Raileys were bombarded with a series of threatening letters resulting from some of Railey’s racially heated sermons, such that they upgraded security at their home. But, the night of the attack, the security system was disarmed even though Railey had worn a bulletproof vest during his sermon over the previous weekend. It was also discovered that Railey had a longtime affair with Lucy Papillon, the woman with whom Railey claimed to be with when the attack occurred. Several witnesses had said he was at the SMU library at different times of the night and more than one witness claimed to have seen Railey that evening wearing an array of clothing.

The deck was certainly stacked in the prosecution’s favor and the media had him tried and convincted before the court date was set. The pending trial gained so much publicity in Dallas that it was moved to San Antonio.

After three weeks of testimony, six hours of lawyers’ arguments and two days of jury deliberations, Walker Railey was a free man. Railey praised Mulder and the masterful way he handled the defense. Railey had, after all been convicted by everyone – everyone, that is, except a jury of his peers.

Away From the Office Mulder pursues his personal hobbies as passionately as he does his profession. He enjoys traveling around the world to visit golf courses as well as participating in deep sea fishing tournaments.

“I enjoy golf and blue water fishing,” he said. “My golf has deteriorated over the past 15 years from a 4 handicap to a 12. I don’t know whether to attribute it to a bad back or age or a combination. I still enjoy fishing for marlin, but don’t fish in the tournaments any more. I miss that, but it’s no longer my agenda.”