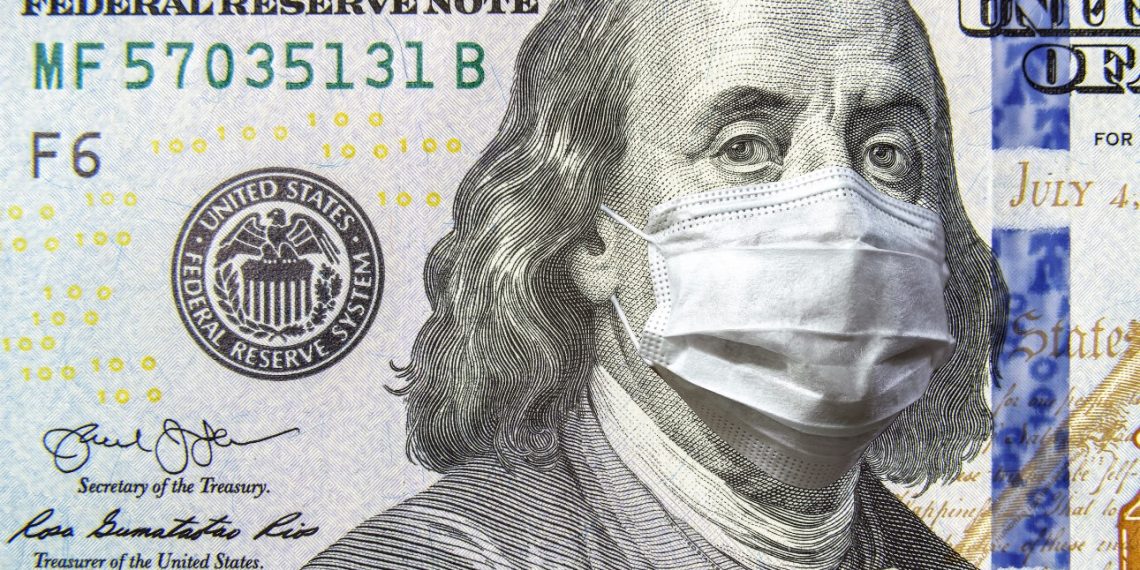 As a rule, the ebbs and flows of tort reform have little effect on the world of forensic economists, who are supposed to stick to their knitting and stay out of the legal side of their cases. But North Carolina’s tort reform of 10 years ago created a few ripples in the economics pond.

In 2011, the NC General Assembly enacted tort-reform laws that, among other things, changed the rules governing medical-malpractice cases. The new laws modified discovery rules and limited non-economic damages to $500,000. The cap has been adjusted for inflation every three years and is currently $562,338. 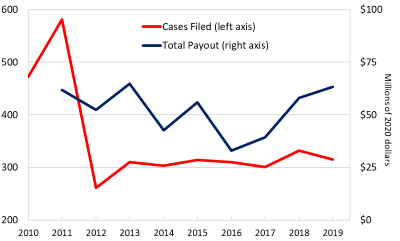 During a period of roughly two years before tort reform took effect in October 2011, an average of 40 med-mal cases per month were filed, which works out to 481 per year. From October 2011 through the 2019-20 fiscal year, an average of 301 per year have been filed, representing a 38% reduction in annual filings. (My calculation omits the surge of 322 filings that took place in September 2011 alone, right before the damages cap took effect.)

Despite the drop in filings, med-mal payouts to NC plaintiffs have more or less held their own. After correcting for inflation, total payouts rose 2% from 2011 to 2019, and dropped only slightly, by 6%, in per-capita terms.

If the probability of winning a med-mal case is roughly unchanged, then the implication of falling case numbers but steady payouts is that NC attorneys have responded to the damages cap by focusing on bigger cases. The changes in discovery rules have amplified this effect. Economic damages have become much more important in med-mal, and given the great expense of running a case, taking on lower-income clients is now harder for plaintiff’s attorneys to justify.

It’s also possible, though I have no data on this, that some plaintiff’s attorneys are adapting to the tort reforms by using alternative legal theories to advance their claims. Two medical cases I worked on recently were actually products-liability cases.

When I first heard about the 2011 tort reforms, I expected that my med-mal caseload would drop after a few years. Fewer filings should mean fewer cases for an economist, right? But my case load has actually risen, and that includes cases for both plaintiffs and defendants. I’m certainly not a statewide indicator in my own right, but if I extrapolate tentatively from my own experience, it appears that when economic damages account for a bigger share of total claims, hiring a forensic economist makes more sense than ever.

It’s worth a reminder that forensic economists have nothing to do with the medical aspects of a med-mal case. Whether I work for the plaintiff’s or the defendant’s attorney, my job is to focus exclusively on lost earnings and other economic damages, such as lost services and future medical expenses (which are usually summarized by a life-care plan).

When I work for the plaintiff’s attorney, I calculate and project future lost earnings and other damages.

When I work for the defendant’s attorney, either as a disclosed expert or as an undisclosed consultant, I assess the plaintiff’s damages claims and help with such tasks as writing deposition questions.

A claim of medical malpractice is an unhappy event but it’s necessary for both sides to obtain the best legal and expert guidance. My experience suggests that it’s also important to hire a good forensic economist to help the attorney navigate the economics pond.