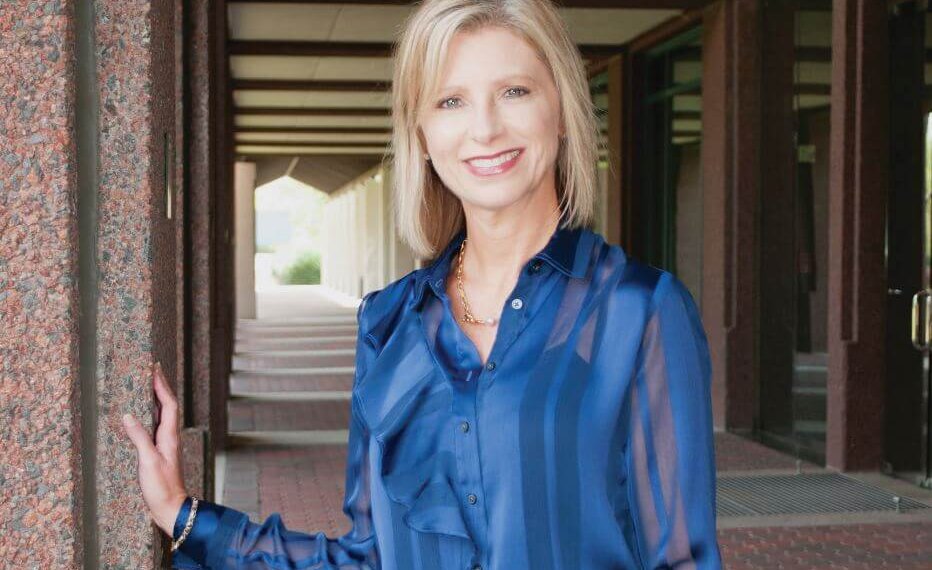 A strong parental example can have a tremendous impact on a child’s career direction. Such is the case of Emily Hornsby. “As a child I saw my father, Sonny Hornsby, get after it doing plaintiffs civil trial work in Tallassee, Alabama. I saw that my Dad enjoyed his work – to him it was both work and a hobby,’ says the partner at Birmingham’s Morris Haynes.

She could not help but be impressed. While a student at Birmingham Southern College, she supported her father’s successful campaign for the office of Chief Justice of the Alabama Supreme Court, an office he held from 1989 to 1995. “Though I wasn’t involved with his daily campaign activities I did some politicking for him outside several Alabama industrial plants. I would stand outside the plant gates handing out cards and holding signs.”

Psychology was her first love. “I wanted to understand why people do what they do. My aunt and her daughter struggled with mental health issues.” Though she actually majored in Business and English, her interest in psychology stayed with her throughout her life.

She ultimately decided to follow in her father’s footsteps and earn a law degree at the University of Alabama School of Law, graduating and passing the bar in 1994. After a few years in private practice she served as Assistant Attorney General for the State of Alabama representing the Jefferson County Department of Human Resources in child abuse cases.

“I’ve found that social workers are some of my heroes,” she says. “They try to make the best out of the most insurmountable circumstances. They do what is necessary, even if it means removing a child from their parents to keep them safe and secure.”

Emily Hornsby joined the Alexander City-based firm of Morris Haynes in 2004 as an associate in the firm’s Birmingham office, becoming a partner in 2014. Her practice focuses on representing seriously injured individuals and litigating death cases against large corporations, and she is quick to point out distinctions between herself – and her firm – and other personal injury firms.

“For starters, we are not an assembly line firm, churning out cases like nuts and bolts on an assembly line. We don’t handle a large number of cases where the client is reduced to just a number. By being selective in the cases we choose to take, we can devote the time, energy and expense needed to hire the most qualified experts in the field. Our goal is to get the case ready for trial, which often results in good settlements for our clients.”

The firm’s success over the past 25 years has given it the financial resources to handle expensive product liability cases and complex litigation. Hornsby described a case she handled right out of law school: representing a mother whose baby died at birth from hypoxia resulting from the umbilical cord being wrapped around her neck. She argued that the child would have lived had it been delivered sooner.

“This was an emotional case for me because I have an aunt with a similar situation. She has had cerebral palsy since birth due to her umbilical cord being wrapped around her neck at birth.”

The case bolstered her confidence as a litigator. “I took the deposition of the defendant’s expert witness, a renowned OBGYN at Vanderbilt University Hospital. I worked hard, researching articles that this doctor had written years earlier as well as depositions he had given, including one calling for an earlier c-section in a similar situation. I was able to use those articles and deposition testimony to challenge his opinion that the c-section should not have been done earlier. I still remember how I felt after that case: proud, vindicated and empowered.”

Since then she has handled an array of cases ranging from serious industrial accidents to helicopter crashes to truck-train collisions. “One case I remember was that of a mother who was hit by a driver under the influence of alcohol and drugs. Her little 3-year old girl riding in the back seat was rendered a quadriplegic. We settled early on with the drivers employer for policy limits, but because we prepared the case for trial against the subcontractor and primary contractor we settled the case very favorably for the family after the first day of trial.

The daily stress of preparing for litigation takes its toll. About five years ago she discovered meditation and yoga which, she maintains, relieves a lot of stress and helps her be a better person and lawyer.

“The stress we all deal with in personal life coupled with the demands of a personal injury law practice can be challenging. The information overload we all get from social media and smart phones can make it difficult to find peace. Creating space for quiet time and reflection is needed now more than ever.” That’s where meditation and yoga come in for me.”

Recently Emily Hornsby was appointed to serve on the Quality of Life, Health and Wellness Task Force of the Alabama Bar Association, where one of her goals is to help other lawyers learn the benefits of meditation. “In recent years an increasing number of attorneys have expressed growing frustration and dissatisfaction in their careers due to stress, burnout and poor work-life balance. The task force is dedicated to changing that.” Jason Rhodes