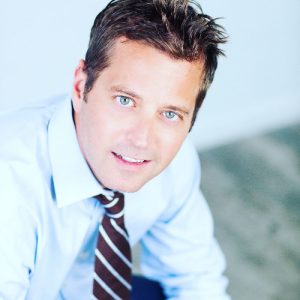 One way employers responded to George Floyd’s murder was to institute, reaffirm or enhance initiatives to improve diversity, inclusion and equity in the workplace. That’s great news, of course; diversity is good for everyone. But there is business risk requiring purposeful assessment: can D&I efforts constitute “discrimination” against traditionally favored groups, or at least be construed or weaponized as such, and how can those risks be minimized while still advancing important diversity goals.

The line between efforts to remedy historically unequal workplace advantage on the one hand, and reverse discrimination on the other, is hardly an exclusively modern debate. As the issue has been litigated, at least one basic rule emerged – diversity goals are OK, rigid quotas are (probably) not, absent rare circumstances and judicial order.

An arguably more pressing question today is: what constitutes a quota? For example, many companies have announced specific hiring goals in response to the Black Lives Matter movement. Take Target. It has publicly pledged to increase black representation in its workforce by 20% over three years.

Target’s approach is admirable because it gives some “teeth,” i.e., measurable targets, to its diversity goal. However, its employment lawyers might be concerned, especially in the current enforcement and political environment. Indeed, the Department of Labor is probing whether a similar approach by Microsoft “to double the number of Black [employees in various roles. . .] by 2025 could constitute unlawful discrimination on the basis of race.” The DOL has made similar inquiries of other companies.

It also would not be surprising to see enhanced D&I efforts weaponized in private litigation under Title VII of the Civil Rights Act of 1964 (Title VII).

Despite the law’s equal applicability overall, different pleading standards have been applied to reverse discrimination claims; one is the “Background Circumstances Test.” Under that test, a non-minority claimant must show “background circumstances” demonstrating that the employer is “the type who discriminates against the majority.” That legal standard is hardly a matter of clarity, as I argued once before.

Notably, a lawful affirmative action program is not itself “background circumstances” sufficient to raise the requisite inference of discrimination against historically favored groups. But with the government today questioning the legality of new D&I efforts, as explained above, private plaintiffs might persuade a court there is reason enough to survive the pleading (motion to dismiss) stage, especially if an initiative is poorly labeled or executed (see below). That could result in costly protracted litigation for a company, or a forced settlement to avoid those costs, even if the underlying claim would be unsuccessful in the proof stage.

In this climate especially, eliminating legal risk altogether is impossible. Still, employers should take action on racial justice, as doing the right thing often involves risk worth taking. Fortunately, the risks can be minimized.

First, when instituting D&I hiring goals, it should be made clear that the decision to hire in any given case will not be based on race, thereby making plain that two things can be true at the same time: (a) we have specific goals for hiring minorities, and (b) we will not violate any employment laws as we work to reach those goals. And if it is truly a goal and not a requirement, that must be reflected in action beyond labels; think through how incentives tied to it could be misunderstood by a diligent employee, or later misconstrued by a litigant.

Second, messaging needs to be consistent and reinforced through training: i.e., what are specific things managers can do, and what can’t they do? For example, a manager can advocate for a well-qualified minority employee to advance. But say that same employee makes mistakes the manager excuses, while penalizing a non-minority counterpart for the same conduct. That is problematic. Yet absent specific training a well-intentioned employee with a wonderful zeal for minority advancement might find herself unknowingly yet improperly looking the other way. A “Can do,” “Can’t do” example-based approach to training always makes oft-fuzzy lines clearer.

Third is the same rule as always, yet increasingly important now: policies should be crystal clear, especially those that could affect concrete employment decisions, memorialized in writing, and possess clear, consistent and equal protocols for documentation and enforcement. Crucially, HR must be empowered to demand compliance with these procedures to a “T” at all levels, straight to and perhaps especially the top, executive office.

As to transparency, remember that in a knowledge vacuum people will fill “gaps” in a manner contrary to their own interests: “Oh great, more Diversity initiatives, that means I will never get a promotion again!” Of course, that’s not true. Transparency into what various initiatives really mean will go a long way to avoid these misconceptions and potential legal trouble.

Inclusiveness (!) is the other guiding principle. Be sure you are involving, empowering everyone around diversity, including non-minorities. We all have valuable contributions to make here, although not everyone instinctively sees it that way. Plus, almost everyone feels different in some way, or that they have endured special hardship or have a continuing barrier to success. That means everyone has something to gain and learn, and perceived ‘exclusion’ can build resentment. Alternatively if people feel like a valued part of something, then they are much less likely to revolt against it, via a potentially frivolous lawsuit or otherwise.

This article does not establish an attorney-client relationship and is not intended to be a complete representation of applicable federal, state and local law. Nothing herein should be construed as legal advice.

Timothy K. Giordano, Esq. has been active in private practice and the business of law since 2002. He also teaches in the School of Communication and Media at Montclair State University.