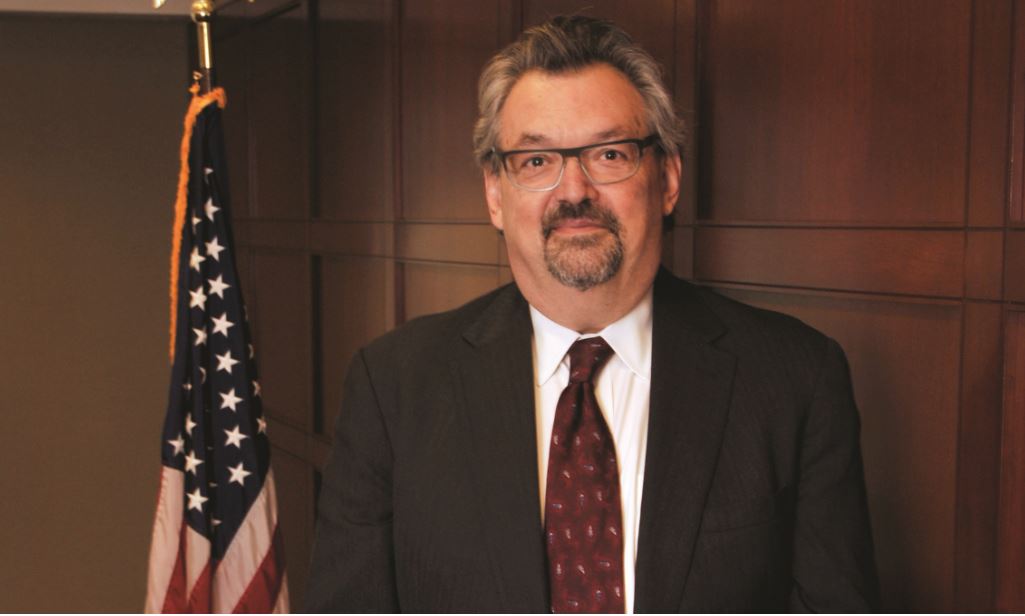 Eric J. Magnuson Making A Case For Competence and Civility

Since serving as chief justice of the Minnesota Supreme Court and once again taking up his appellate practice, Eric J. Magnuson says he has never appeared before another judge who is overly impressed with the fact that he used to sit in the big chair. “I loved being a judge,” Magnuson said, “and I greatly admire the people who do it. But I also like being an advocate. Now I’m doing appeals on a nationwide basis with a very successful litigation firm, and I’m having more fun than I deserve.”

Magnuson’s witty observations about himself and the law are a staple of his monthly column in Minnesota Lawyer, Briefly. “There are enough serious things in life,” he said. “The thing I love about writing a monthly column of 1,200 words for a legal newspaper is that it’s not designed to be a law review. It’s intended to call the attention of practitioners to issues that may cause problems. I try to put things in a memorable way in hopes that my point may last a little longer. It’s also a soap box to say things about the justice system, mainly positive, but sometimes skeptical. I’m not in charge anymore, but that doesn’t mean I don’t have opinions.”

Magnuson may not get any special treatment from the judges before whom he appears, and he wouldn’t expect any, but make no mistake that he is held in the highest regard by his colleagues. He is respected not only for his extraordinary record of trial and appellate practice, and his leadership of the judicial branch, but for the unfailing respect he pays to the profession and its professionals. He is an advocate of competence and civility in the practice of law, and he describes his personal legal heroes and mentors as practitioners who are “trustworthy and hard-fighting – but fair-fighting – problem solvers.”

In an increasingly technical world, Magnuson opines that the law has become increasingly impersonal. “I came up in a legal era when the practice required personal relationships and a lot of direct contact with people. Now you can push a button and you’ve filed, served and sent your motion to the judge in only a second. The court system can’t function without technology, but it changes the process. We used to have many occasions for personal interaction that we don’t have now. That was valuable. But I also think it’s easy to be passive aggressive electronically. There is a great ability to be uncivil and unhelpful in an increasingly impersonal interaction.”

While Magnuson agrees that technology is an “inevitable imperative” for the practice, he encourages law professionals to adapt their methods of communication to get the best from the new tech climate. He uses the phenomenon of F pattern eye tracking to illustrate. “Studies demonstrate that we read electronic documents differently than we read paper documents. When we read a Web page, for example, we look across the top from left to right. But we look to the right decreasingly as we go down the page. As judges are increasingly reading documents on a tablet or computer, the information lawyers provide needs to be simpler. Nothing important should appear in the lower right corner of an e-document. Bullet points are more effective than long blocks of text. If I had a cause right now, it would be to encourage lawyers to communicate differently with these things in mind.”

Magnuson stresses that to be competent and civil in the practice of law means being helpful to the court. “It’s one of the things I learned about being a lawyer while I was a judge. Lawyers need to understand how much judges look to them for help and information to make a good decision. They are looking for people to help them, not demonstrate what great advocates they are. It’s important to be more simple and direct than ever before. Judges process a tremendous amount of information; they don’t need flourishes and bombast. Have a good command of what you need to know. Have a point, make it clearly and be civil about it.”

To combat the depersonalization of the practice, Magnuson also encourages active participation in the Bar and other professional organizations. “I’ve joined a lot of stuff in my 39 years,” he said. “My goal is to be the past president or future chair of any organization I join. Show up, volunteer, and do what you say you’re going to do. Young lawyers often feel they can’t make the time, and firms don’t always want to make the investment, but it’s crucial to establishing camaraderie.”

One might expect that a professional of Magnuson’s legal prowess must surely have been a boy who dreamed of becoming a champion of justice. However, it was astronomy and science that fascinated the young Magnuson, topics that still spark his curiosity and imagination today.

Magnuson chose the law after earning his bachelor’s degree in modern European history, “which in 1972 was about the most worthless degree you could have.” A cousin suggested law school, and when he got there, he loved it. “I like to understand why things are the way they are. The law is, for the most part, rational. Maybe not always predictable or consistent, but rational. I like rules and order so much, I thought I might even become a tax lawyer – lots of intricate rules all written in a huge code.”

But it was not to be. While still a student, Magnuson decided to take his resume to the Hennepin County District Court in pursuit of a clerk’s position. “I went to the 13th floor, and the first judge I encountered was eating lunch in his chambers. It was one of those fate deals. Douglas K. Amdahl was then chief judge, and like me he came from a background where he worked his way through school. He liked self-starters, and he hired me. He went on to become the chief justice of the Minnesota Supreme Court and one of the giants of the Minnesota legal system. We were friends for the rest of his life and often went fishing together.”

Magnuson also clerked for Chief Justice Robert Sheran, making Magnuson the only Minnesota chief justice to have clerked for two former chief justices. “There is a saying that luck is being prepared when you meet opportunity. I don’t think it was pure fate that formed these relationships. I worked hard at the time and had things to offer. One thing is certain – my life would have been very different had I not met these remarkable human beings.”

Magnuson went on to work as a litigator at the notable firm of Rider Bennett, LLP, a firm he describes as a place of “tremendous collegiality and camaraderie.” But after five years of misery as a trial lawyer, Magnuson was approached by senior partner Bill Egan who said, “I’ve never seen anybody so unhappy. What do you really want to do?”

“I was mortified,” Magnuson recalled. “He was one of my mentors, and I thought he was telling me I was a failure. But there had just been a constitutional amendment in Minnesota forming a new court of appeals. I said I wanted to handle all of the firm’s appeals, and that started me down my appellate path. While appellate practice is not free of chaos, I’ve found it to be more orderly. It’s an extremely challenging process since the record is already set, and you can’t add or take anything away. It’s a wonderful exercise of strategy and selective argumentation.”

Now at Robins Kaplan LLP, Magnuson proves that even a seasoned professional never stops learning. “I was looking for a more national practice, and I got it in spades. There is a tremendous platform here for the work I do, with great support internally. I had never done a significant amount of intellectual property work before I came here, but the IP cases we handle are really fascinating. It has been exciting to blend my appellate experience and talents into the highly technical area of IP litigation.”

As part of his enduring crusade to inspire competence and civility, Magnuson is generous with his time and expertise. Lawyers from around the country often call to ask for his advice. “They offer to buy 10 minutes or an hour of my time. But I don’t work that way. My fee will be for them to tell me what happens – if our collective wisdom was right or wrong – and then to help the next person who needs it.”