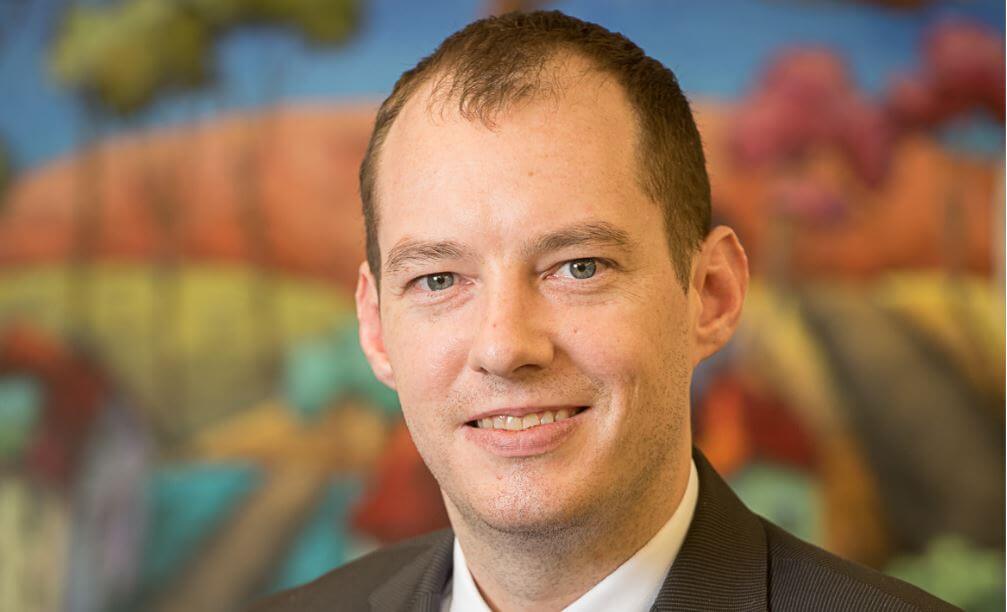 A prolific writer with extensive experience in complex criminal matters in both state and federal courts, Eric Nemecek is already a familiar name to readers of Attorney at Law Magazine. A founding partner of Friedman & Nemecek LLC, he is also a regular contributing editor to this publication. Nemecek has provided invaluable insights on a variety of legal topics within these pages, as well as significant contributions to myraid other legal publications including those of the American Bar Association.

A native of Cleveland, Nemecek discovered a love for reading and expressing himself via the written word relatively early. Given these inclinations, it’s not surprising that he majored in English at Xavier University. It was also during his undergraduate years that Nemecek discovered another passion, and perhaps a more impactful arena for expression.

“It’s not like I always knew I wanted to be a lawyer,” he says. “The idea came about gradually, through various influences. I know that many of my classes, particularly government and political science, factored in. I also really enjoyed research, digging deeper into any given topic, and somehow law seemed to offer the opportunity to do what I love while hopefully helping others.”

In addition to authoring a legion of pertinent administrative, trial and appellate arguments, Nemecek is a highly skilled researcher composing legal briefs, memoranda and motions on various evidentiary and procedural trial issues. Furthermore, he has successfully litigated numerous appeals in both state and federal courts, and is heavily involved in administrative and licensing hearings, including the representation of doctors, nurses, lawyers, teachers and other professionals before their respective disciplinary boards.

“My undergraduate major, as it turns out, was an excellent choice in preparing for my future legal career,” says Nemecek. “About 90 percent of what we do involves reading and writing, so I’m glad I took those courses.”

Crimes of passion, avarice and violence are as old as mankind, however, as technology continues to advance, we are faced with a parallel of new criminal activity that grows exponentially as the latest innovations hit the market. Nemecek has become a recognized expert in the field of cybercrime, continually exploring, researching and representing individuals and entities in this emerging area of law.

“I was drawn to the area of cybercrime because I recognized that it would be perhaps the most significant and rapidly developing area of law in the future,” he says. “With the advent of many technological advancements, it was natural to expect that the use of technology would be significant not only with respect to how crimes would be committed, but also how these offenses would be investigated, prosecuted and defended. Likewise, courts were being confronted with issues that had not traditionally been applied to the context of technology, which ultimately meant that these issues would present an opportunity to develop new standards and important legal precedent.”

Once again, utilizing his gift for literary discourse, Nemecek’s observations on various aspects of how technology impacts the legal system have appeared in various prestigious publications.

“As we continue to integrate technology into our everyday lives, whether for convenience or necessity, we become more susceptible to cyber-crimes,” he says. “The more that technology advances and is used, the more it’s exploited. We’ve definitely seen an increase in criminal activity in this area, whether for monetary gain, altruistic ideas or attempted political clout. There’s always been this dichotomy between the crimes that are being committed and the legislative efforts to adapt and address these activities. Cybercrime is an emerging area of law and it stands to reason that it will continue to grow in frequency and significance in the coming years.”

Although the methodologies used to effectuate a cybercrime may be relatively new, Nemecek believes that the motivations behind the criminal behavior share a commonality with other legal offenses. “Let’s face it, if there is a financial incentive, there is always going to be a market for people to try to outwit security measures,” he says. “If you think about it, the cases that you hear about in the news, such as hacks against Target, Verizon and the IRS, are just the ones that get reported. There are countless cases where entities are hacked that don’t get reported. Furthermore, experience has taught us that there are also companies who have suffered a breach but simply have not realized that it’s occurred.”

Frequently, partnerships are formed as attorneys and their careers evolve, meeting the right colleague with whom to form a business. In the case of Nemecek and his partner, Ian Friedman, their business partnership evolved from a longstanding friendship that began while Nemecek was still in law school.

“I threw him right into the deep end, and he knocked it out of the ballpark,” says partner Ian Friedman. “I feel very fortunate to have him as my law partner, I think we complement one another well, both skill and personality.”

It’s not a surprising pairing; aside from having the same alma mater, the two share a passion for justice and criminal law, as well as sharing the same basic principles and philosophy. While the respect is obviously mutual, and the relationship that of peers, Nemecek acknowledges that in many ways, Friedman has served as a mentor.

“I have tremendous respect for Ian,” Nemecek said. “I’ve worked with him my entire career. We met while I was still in law school and even then, we discussed possibly opening our own practice.

“He’s taught me a lot over the years,” he continues, “especially when I was first getting started. Of course, many lessons are things that you can only learn through experience. Ideally, you need to strike a balance between the guidance of a good mentor and what you are able to learn or acquire on your own. A proper balance is the key to honing your skills as a practitioner and ultimately developing a unique style that suits your personality as well as your strengths.

Every attorney, particularly litigators, develop certain qualities and forms of expression, that over time become their own personal style. Nemecek says that his style has less to do with crafting a courtroom persona, than with how he handles the presentation of facts.

“I try to simplify the case, in most instances, as much as possible,” he explains. “I use this mantra to strategize all aspects of the case, from how I present my argument to the judge and jury to how I handle the witnesses. For instance, rather than bombarding a witness with hundreds of questions and hours of examination, I always try to identify the key points that I want to address through the witness. In my experience, this tactic avoids potential confusion of the jury and bolsters the concise narrative that you are trying to present on behalf of your client.

“At the end of the day, judges and juries are human beings with finite attention spans,” he continues, “so one thing that I’ve found effective is to have my strategy prepared going in, but by the same token, making it as concise and straightforward as possible. Certainly, there are times when a lengthy presentation might work, but I think when it gets too protracted, you’ve either lost the jury or confused them as to the truly critical points of the case and the defense.”

With a young family, Nemecek has also learned how to balance his burgeoning workload with his personal life. In addition to enjoying time with his wife, Hilary, and their 20-month-old daughter, Jordyn, he also enjoys both playing and watching sports.

“Jordyn has reached an age where she seems to be changing and learning new things every day,” says Nemecek. “It’s fascinating to watch her evolving into this little individual with her own personality. In many ways, watching her make new discoveries and experiencing new things is like being able to see the world through fresh eyes, with all her innocence and excitement.”

“Of course, the nature of my job means there are going to be long hours and sometimes urgent phone calls in the middle of the night. Suffice it to say that I’m extremely fortunate that Hilary is very understanding and supportive.”

This balancing act seems even more impressive when considering the local and national associations in which Nemecek is actively involved. Nemecek is the past-president of the Cleveland Metropolitan Bar Association’s criminal law section. He has also served as a co-chair of the cyber-crime committee for the American Bar Association since 2011.

“My ‘golden rule’ is that when you take on a responsibility, make sure you have the time and can live up to your commitment. These are all associations geared toward educating and improving the legal community,” he says. “They offer a wonderful opportunity to network and collaborate with other lawyers for the betterment of our profession. I have been honored to serve in these leadership positions throughout my career and I hope to continue to be an active participant in these important organizations for years to come.”