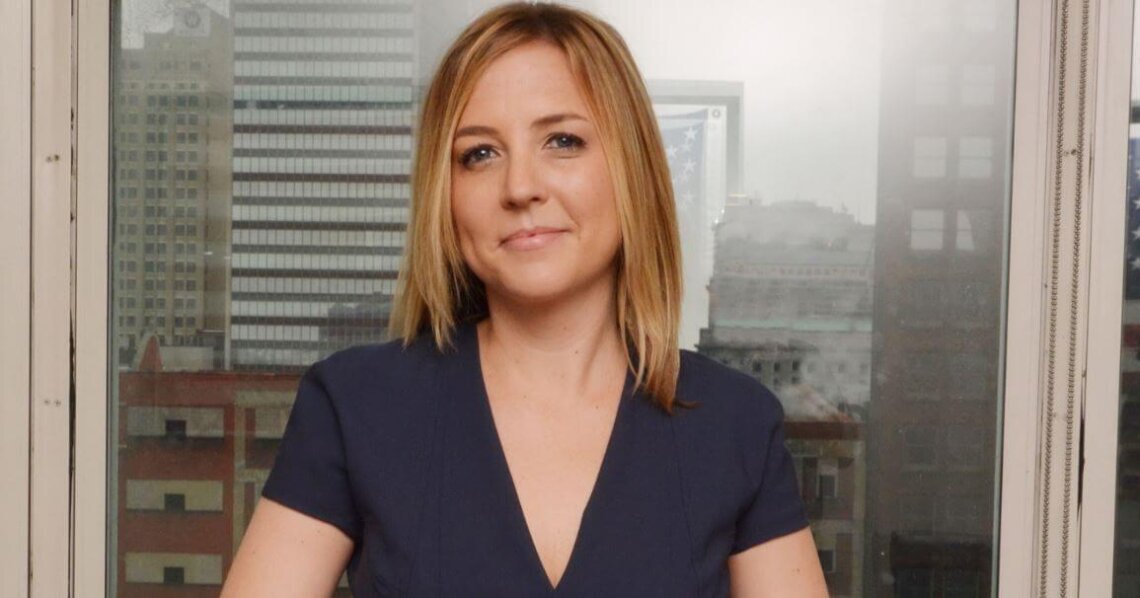 After a bruising political season, the nation’s undivided attention is focused on the field of immigration law. Millions of immigrants, employers and everyday Americans are anxiously awaiting new directives to be issued by the president and his team. Despite the political commentary, partner Erin Brown of Robert Brown Immigration Law is cautiously optimistic.

“There are definitely some problems with the immigration system,” she says. “So, I think change is necessary, but immigration is also essential for our economy. We’re hoping President Trump makes changes to increase the right type of immigration.”

The daughter of founder and managing partner, Robert Brown, the younger Brown sees the impact of immigration on the lives of people every day. Beyond managing her own caseload, she has helped to grow Robert Brown LLC into one of the preeminent immigration practices nationwide.

Ironically, as a college freshman, law was the furthest thing from Brown’s mind. She had very different aspirations. While attending Ohio University in Athens, Brown’s goals were quite clear; she just didn’t appreciate at the time how closely they paralleled those of her father or that it would lead her into the same professional practice area where the elder Brown had spent four decades.

“We had a wonderful childhood,” she says. “Growing up, our parents really encouraged us to work hard and pursue any interest that we had. Because I’d always enjoyed working with people, I felt that social work was my calling. I thought it would be a good opportunity to be involved, and hopefully make positive changes.”

Graduating with a Bachelor of Arts in social work, Brown’s focus was set on helping families and children struggling with poverty and the lack of educational and professional opportunities. While still an undergraduate, she served as a guardian ad litem for Juvenile Court in Athens, Ohio.

“That was my first experience speaking in court,” she says. “I’d visit the families, report to the guardian ad litem attorney, and attend court with her, advocating on behalf of the child’s best interest.”

After graduating, Brown was hired by Bellefaire JCB, one of the nation’s largest child service agencies. The agency focuses on providing behavioral health, substance abuse, education and prevention services, including assistance with adoption, foster care, youth homelessness, and other programs.

“I was a social worker for the juvenile offender program,” she says. “The juveniles who were assigned to participate in the program were serious offenders; anybody would be accepted with the exception of those convicted of rape or murder. It was an intensive program. I would visit their home and try to get them the needed resources to be successful and not reoffend.”

Her work frequently took her to some pretty rough neighborhoods and oft en highly dysfunctional and sometimes violent households, but she says, “I was too naïve to worry about it.”

This experience forged her sense of social justice and equality, as she was able to observe firsthand the struggles that everyday people had to endure to simply make ends meet.

A Reality Review and Rerouting

Whether it was the realization that social work had its limitations or the desire to pursue a different career path, Brown was soon ready for a change.

“As a young professional, I felt I was only going to go so far in the field of social work,” she says. “It was rewarding in many ways. However, I was becoming disillusioned with my work and it just made me realize I was at an important crossroads in my life.”

By this time, her father had gone into private practice and suggested she come work for him. It was the perfect panacea and, not surprisingly, ideally suited to both her nature and skillset.

“I managed the office and worked as a paralegal,” she says. “Most importantly, I learned the immigration business from the ground up. Best of all, I could see that social work was not the only way to make a difference in people’s lives.

“I really enjoyed my work,” she continues. “In fact, I enjoyed it so much I decided to go to law school.” So, she continued her work at the firm by day and attended classes at night.

This was 10 years aft er completing her undergraduate work, another anomaly she shares with her father, who spent the first 27 years of his professional career moving up the ranks of the Immigration and Naturalization Service (INS) before deciding to go to law school. He too worked by day, attending classes at night. Coincidentally, both father and daughter also attended Cleveland-Marshall School of Law.

“When Erin told me she wanted to go to law school, I supported her decision,” says Robert Brown. “I was thrilled when aft er graduating, she decided to join me. Three out of four generations of our family became attorneys, which is pretty amazing.”

Having already absorbed so much of the intricacies of the legal profession after working so closely with her father, attending law school flamed the fires of her passion for the law.

“I have to admit, it was really nice knowing that I had an incredible job opportunity waiting for me when I graduated,” says Brown. “When I graduated, I hit the ground running. Certainly, there were things I had to learn as an attorney, but I really had gleaned so much just working with the firm, so I felt very fortunate.

“My dad is a great mentor,” she adds, “not just for me, but with all of the other attorneys. He also gives us a lot of freedom to develop our own styles and figure things out on our own.”

Brown’s experience in running the practice itself has truly helped to mold her legal practice. She leads the firm’s corporate and employment-based immigration practice, oft en working with businesses of all sizes in finding the proper visa options for their workers, while navigating the complex regulations established by the U.S. Departments of Labor, State and Homeland Security. Her experience in managing the practice helps to understand the realities facing companies that she now represents.

“Many businesses that we work with are oft en dealing with the same challenges – they need to find and retain a talented workforce. Sometimes the rules, as they are written, make finding and hiring excellent workers difficult; it’s my job to not only advise employers and employees on their best immediate options, but also be able to think proactively about how we’re going to be able to solve problems that may not materialize for years. The challenge of finding creative solutions is really one of the most rewarding parts of the practice.”

Her work with businesses aside, Brown’s practice in the field of immigration has now come full circle. Whether by coincidence or fate, Brown finds herself once again working with Bellefaire JCB, albeit in an entirely different capacity and relationship.

“When I started working in this immigration law practice, I had a particular interest in international adoption,” she says. “And, it happens that the agency in Cleveland that handles international adoption is Bellefaire. So, we have a really great relationship and it’s kind of fun to be working with them again.”

What’s unique about Robert Brown LLC? The firm handles all aspects of immigration – family-based immigration, deportation or removal, and employment-based immigration. Brown says. “This allows us to provide comprehensive services. We have a very collaborative group here; everyone has his or her focus and we share information and rely on one another to provide the very best service and advice to our clients.”

Because the firm is a federal practice, its attorneys can practice in any immigration court in the country. Brown says this involves a lot of traveling.

“We have a map of the United States in our office,” she says, “and we all have different colored pins so we have a visual of all the places we’ve represented clients. We’re all in competition to go to the most unusual of places. Right now, I’m the only one in the firm to have gone to Pearsall, Texas, but we’ll see how long that lasts.”

Brown may not have planned on becoming the creative and driven attorney she is today, but she happily admits that it’s where she’s found her greatest source of happiness and reward.

“I never would have imagined that my path would have led me here back when I was a teenager,” she says, “but it’s truly like coming home. My work, the people I get to help, and really everything about the law is so fulfilling that now I can’t imagine doing anything else.”