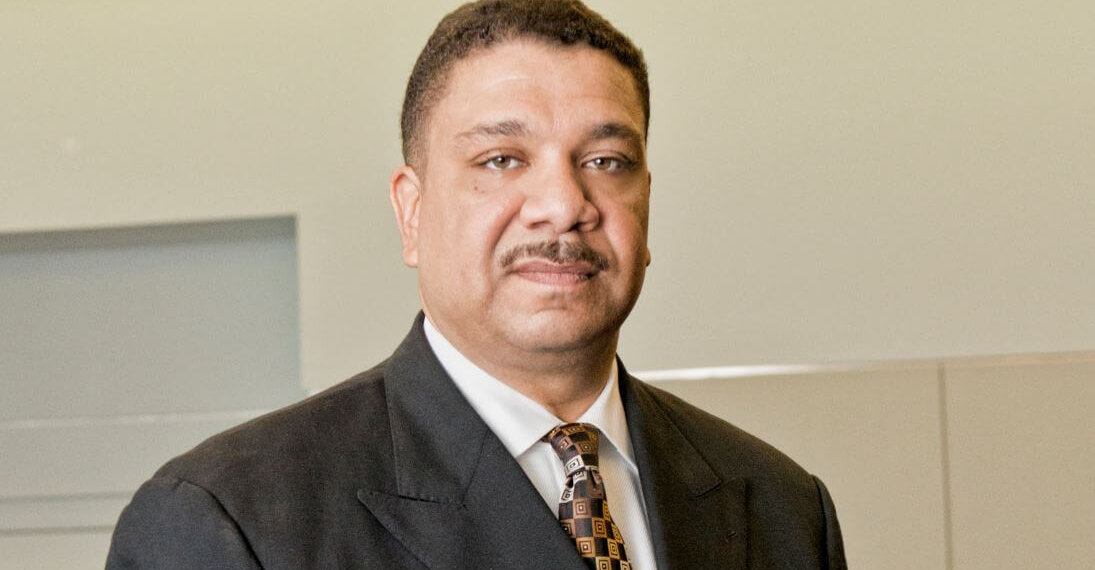 “To whom much is given, much is required,” reads the crest of Ralph K. Frasier, Jr.’s family.

“I do feel a responsibility toward Durham and seeing to it that it remains a successful and positive environment,” said the Durham defense attorney. “In criminal law, we are in the trenches every day. We give back to the community.”

Frasier’s commitment to the community is borne of having a bloodline that runs through Durham. His great uncle, W.J. Kennedy, Jr. and his mother’s uncle, Asa Spaulding, were presidents of North Carolina Mutual Life Insurance Company, founded by Frasier’s family and the largest and oldest African-American life insurance company in the United States. His grandfather, Leroy B. Frasier, was a leader in the Durham community for over 70 years. Members of the Frasier family helped found Mechanics and Farmers Bank. Ralph, Jr. and other family members remain stockholders. His father, Ralph Frasier, Sr., and uncle, both products of the Durham community, were the first African-Americans to attend UNC Chapel Hill. In 1955, Frasier v. Board of Trustees of the University of North Carolina officially desegregated undergraduate education in North Carolina and by extension, the United States.

Frasier comes from a long line of activists in civil rights, education, employment and other civic and political activities related to minorities’ rights. Frasier’s desire to preserve the legacy of his family and commitment to his community are deeply rooted. A legacy he hopes to pass on to his children, Lauren Kennedy Frasier-Jeffries, 10 and Ralph Kennedy Frasier, III, 9.

A Full-Service Goal Frasier’s objective is to continue the family legacy of community leadership with his firm, Frasier & Griffin. The firm’s practice includes criminal defense, personal injury, family law and security clearance matters. The criminal practice includes representing clients in state and federal court for everything from traffic tickets to homicide.

“The hope and the goal is to build a full-service law firm with excellence in mind. We’ve added new offices in Raleigh and Fayetteville and it’s my goal to fill those offices with capable lawyers. I’d like to have one more office in Charlotte with six or seven lawyers with the capability of practicing in multiple areas.”

Frasier describes his firm’s philosophy and approach to practicing law as honest. “I am certainly not going to tell a client what they want to hear. I believe in telling people the truth about what they are facing and about what their situation looks like and what the potential consequences are, as opposed to telling someone, ‘Don’t worry about it, we can beat this’ in a situation when we know it’s not very likely to happen. I don’t sugar coat. This causes me to lose as many clients as I gain … but I sleep better at night.”

“Most of the time with criminal defense, we’re trying to put someone’s life back together,” said partner Randy Griffin who handles criminal and personal injury cases. “Once people are charged criminally, their circumstance has a tendency to tear up their homes, their marriages and their jobs. So we’re counselors and advisors to help them get their lives back in order.”

The firm just added an attorney, Tamla Y. Tymus, who handles family law cases and security clearance matters. When it comes to family law matters, her approach mirrors Griffin’s, “I am usually dealing with a person who is going through a very difficult situation, personally, mentally and financially,” she said. “I can relieve them of the legal burden while they deal with putting their lives back together. At least they don’t have to go to bed worrying about what’s going to happen in court.”

Tymus’ practice at Frasier & Griffin also includes security clearance matters for the military in North Carolina and cleared personnel in both the private and government sector. From 2006 to 2014, Tymus worked for the U.S. House of Representatives Committee on Homeland Security as staff director and counsel for the subcommittee on oversight, investigations and management and she currently teaches National Security Law at North Carolina Central University School of Law. When individuals are denied a security clearance or need assistance recertifying an active clearance, they often turn to lawyers for representation. Tymus can assist them through this process, which can include several layers of bureaucracy. In some instances, losing a security clearance can result in losing one’s livelihood. The firm’s Fayetteville office is a prime location for serving clients in this area.

At Home in Court Ralph K. Frasier, Jr. grew up in Winston- Salem and Columbus, Ohio. His mother, Anna Mae Spaulding was valedictorian of her high school class, Hillside High School and college class, North Carolina Central University. She was a Fulbright scholar and Woodrow Wilson scholar and has a master’s degree in mathematics. She became a college professor and a high school teacher until she retired in 1993. Ralph, Sr., a graduate of North Carolina Central University School of Law General was counsel to Huntington National Bank in Columbus, Ohio from 1975 until he retired in 2005.

After graduating from NCCU School of Law in 1994, Frasier returned to Columbus and joined a 500-person firm, Porter Wright Morris and Arthur, LLP, where he handled lemon law and product liability defense cases.

“It was a lot of researching, a lot of writing, a lot of late nights in the library. I didn’t like it. I’m not a paper pusher,” he said. “I’m not a cold weather person either. And, on April Fool’s Day, 1996, it snowed in Columbus, Ohio and I quit.”

He returned to Durham and spent five years practicing with James D. “Butch” Williams, Jr. In 2002, Frasier, launched a firm with his sister, Kären Frasier Alston, who now works as senior counsel for King Abdullah University of Science and Technology in Saudi Arabia. John R. Griffin, III joined what is now Frasier & Griffin in 2006.

Frasier was exposed to the law in his early teens by his father. He recalled, “I would sit down with him, read over stuff and start asking him questions. What does this mean? What are they doing?” But he eschewed the transactional law his father practiced and instead, after his short stint with the Ohio firm, Frasier pursed criminal defense work.

“What drove me into the practice of criminal law was my work for Durham County the summer of 1997,” he continued. “I was working as an administrative intern to then-deputy county manager, Michael Palmer, under the leadership of the then-county manager, John P. ‘Jack’ Bond.”

Part of the internship involved observing the attorneys in the courtroom. He was able to watch future mentors-in-the-trenches, Ken Spaulding and “Butch” Williams.

“That’s what drove me to a courtroom practice. I liked their style, the way they carried themselves, their demeanor, the respect they seemed to have from everybody.” Frasier has had great role models throughout his life.

A Safe Place for the Kids Frasier has been heavily involved with the John Avery Boys and Girls Club of Durham County for 10 years and served as its chairman for four years. His great uncle, W.J. Kennedy, Jr., was a one of the founders. It recently celebrated its 75th anniversary where Frasier was awarded the Service to Youth Award.

There are presently 140 kids enrolled in the program with another 60 on the waiting list. The club’s programs are aimed at children from kindergarten to early teen. “The program runs the gamut from education to athletics all in an effort to provide a safe place for kids.”

Frasier now spends much of his time with the club as a fundraiser.

“I take great pride in seeing to it that the organization remains stable and a pillar in the Durham community,” he said. “The Boys and Girls Club is my second job because I’m working my way out of my first job.”

“I represent youth in the criminal court system and I work with youth at the Boys and Girls Club. The youth are our future and if we don’t do something to keep them focused, off the streets … and out of my office, we’re going to be in trouble.”