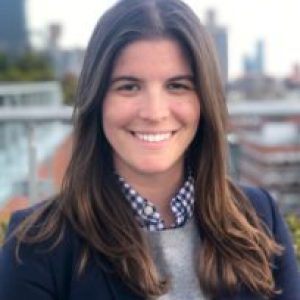 In the summer of 1921, an African American man by the name of James Alphonso Frye was arrested for murder and robbery. During police interrogation, Frye confessed to the crimes and the case seemed like it would be uneventful. But not everyone believed Frye was guilty of the crimes. In fact, one man swore he had scientific evidence to prove it.

On June 3, 1922, Frye was in his cell awaiting a new trial in Washington D.C. when he was approached by a young man named William Moulton Marston. Marston was a law student at Harvard at the time who had recently received his undergraduate degree in psychology. Marston had risen to fame for his invention of a test that claimed to be able to use a person’s systolic blood pressure to determine their veracity – a lie detector test.

William Marston had a passion for truth, particularly the psychology behind juries and their perception of whether a witness was being honest. He was convinced his lie detector test would be the key to keeping innocent people out of prison. Now, all he had to do was put it to work.

Upon meeting Marston, Frye agreed to subject himself to the lie detector test. In Marston’s opinion, the test proved that Frye’s confession to the murder had been a lie and the had not murdered anyone. More importantly, the results of this lie detector test were going to be crucial in Frye’s defense, as his alibi witness refused to testify.

On July 18, 1922, the courtroom was overflowing as crowds gathered to watch this new scientific discovery in action. Marston was going to testify about his new machine that could tell fact from fiction. However, before William Marston could utter a single word of testimony, there was an objection, though not from the prosecution — from the judge.

Chief Justice Walter I. McCoy went on record saying that the real experts at deciding whether or not a witness is telling the truth is the jury and the jury alone. In denying the admissibility of the lie detector test, Judge McCoy openly admitted that he knew “nothing about the test at all” and that he would read Marston’s research “when he got back from vacation.”

Defendants appealed and ultimately the D.C. Circuit Court of Appeals upheld the lower court’s decision, stating that “the systolic blood pressure deception test has not yet gained such standing and scientific recognition among physiological and psychological authorities as would justify the courts in admitting expert testimony deduced from the discovery, development, and experiments thus far made.” The 641-word opinion contains no legal precedent and cites no legal authority.

Soon thereafter, Frye v. United States became the standard to be used when determining whether scientific evidence should be admitted at trial. The test remained law until it was superseded in federal courts by the Daubert test in 1993. New York still employs the Frye test to this day.

Marston was devastated by the loss of the appeal and it is widely accepted that he himself had written the appellant’s brief. Later that year, Marston and his lie detector test’s reputation sank further into disrepair when he was arrested on allegations of fraud related to a separate business venture. The charges were ultimately dropped.

The origins of the Frye test raise questions of reliability and admissibility of evidence yes, but it also stands for many more of the same questions that litigators still face in court today. What is the role of the judge in a trial? How can a judge who has not read the submitted papers, rule on a dispositive motion? And sadly, how much is that judge’s opinion based on some underlying racial prejudice?

In December 1941, almost two decades after Frye’s sentencing, a new superhero emerged in the comic book world. She would eventually aid Superman and the rest of the Justice League in their quest to protect truth, justice, and the American way. Her name was Wonder Woman and her only weapon was a lasso of truth that closely resembled a lie detector test. Her creator was William Marston.