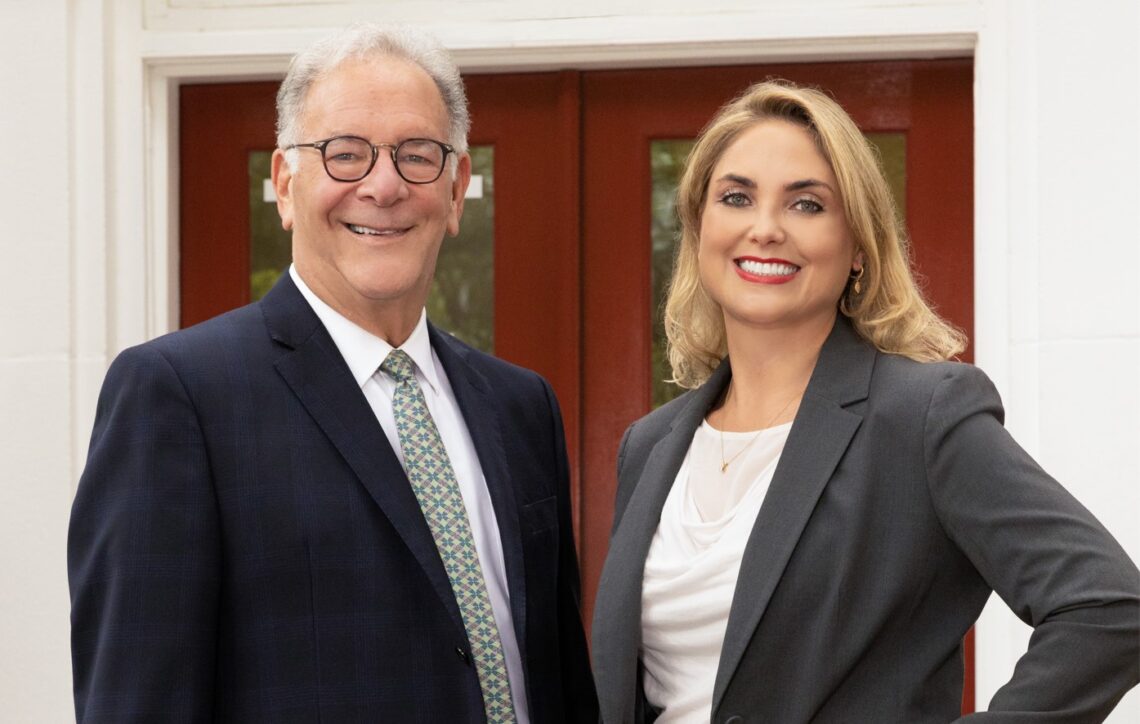 Raleigh immigration lawyer Gigi Gardner and Charlotte immigration lawyer Alan Gordon looked at the map and compared where their clients were born. They had each helped people come to the United States from all six inhabited continents.

In September, the two immigration attorneys merged their firms to create Gardner Gordon. By teaming up, they have combined the first immigration law firm in the Carolinas with what they describe as one of the most innovative. Gordon brings four decades of legal experience to the table. Gardner adds energy and technological savvy.

“Together, with offices in Raleigh and Charlotte, we encompass all the capabilities and capacity of a big firm, with the personal service and attention of a small firm,” said Gardner. “It’s the best of all worlds to offer such a broad set of superior immigration services to our clients throughout the Carolinas and across the globe.”

A BREATH OF FRESH AIR

Gordon opened the first boutique immigration law firm in the Carolinas 38 years ago. Shortly after Gardner opened her firm in 2013, she met Gordon in Boston at the American Immigration Lawyers Association annual conference. They clicked immediately.

“The first time we met, we happened to sit next to each other at a dinner event, and all it took was a little bit of wine and a lot of laughs, and we just instantly hit it off.” Gardner said.

Years later, it became clear to them that a merger made sense. Gordon had discussions with other interested lawyers, but when he spoke with Gardner, it felt “like a breath of fresh air.”

“Gigi had set goals for her professional development, and she was meeting them. I felt comfortable that I could trust her with my legacy,” said Gordon.

“Joining teams with Alan gives me the opportunity to soak up all his wisdom,” Gardner added. “When I began practicing immigration law, I was thrown straight into the deep end. That experience served me well to fortify my gumption and grit, and now I get the added benefit of Alan’s expertise. He’s been doing this since I was in diapers!”

Like their practices, their personalities also mesh well together. “We’re both lighthearted and personable,” Gardner commented. “We don’t take ourselves too seriously and tend to laugh at life.”

“Gigi is direct and honest, and has a great sense of humor, which is so important in immigration law,” Gordon laughed.

Gardner and Gordon also share a love for music, world travel, and ethnic food. Gardner knew they were kindred spirits when she discovered a music poster in Gordon’s office. “He has the famous poster of Frank Zappa sitting on the toilet hanging in his office bathroom, which I thought was hilarious.”
Both Gardner and Gordon were inspired to go into immigration law after significant travels abroad. Gordon recalls one particularly moving experience. After visiting friends in 1972 in East Berlin, he was two hours late going through Checkpoint Charlie to get back into West Berlin.

“They put me in a room at a table with a gooseneck lamp and interrogated me like I was a spy,” Gordon recounted. “Getting stuck behind the Iron Curtain gave me a very clear picture of the importance of free passage over borders. The people in East Germany were warm and loving, but the government watched their every move, and the fear was palpable.”

“I got accused of being a spy too!” Gardner interjected. Oddly enough, this was something else the pair had in common.

Gardner lived and worked in Costa Rica and Mexico before going to law school. “That experience really opened my eyes to how all humans across nations have more similarities than differences,” she said. “It inspired me to be a bridge-builder between cultures.”

She became so immersed in the language and the culture that the locals suspected she was working for the CIA. “I never denied it. I thought it was funny.”

The spunk that Gardner and Gordon share has served them well in their practice. Gardner said her friends know her to be a daredevil who does not easily scare. “I don’t shy away from litigating tough cases that other immigration lawyers tend to pass on,” she said. “I’m honest with my clients about their chances, but I also make it clear that I’m not afraid to sue the federal government when they’ve violated my clients’ rights.”

Gardner recently won a landmark case in the Fourth Circuit Court of Appeals, getting an unconstitutional decision issued by the Attorney General overturned.

Another thing she and Gordon share. A 1986 amendment to the Immigration and Nationality Act erected a new barrier to citizens who wished to sponsor their spouse if that spouse was already in removal proceedings. Reading about the law, Gordon immediately felt it was unconstitutional, and hoped someone would sue the government over it.

“Within 30 days, the perfect test case walked into my office,” he said. “They were a young married couple, and the husband had opened a clothing store, but he was already in removal proceedings because he stopped attending school due to financial problems.”

Gordon convinced them to challenge the law and spent the next four years arguing their case in federal court. Their success in the U.S. District Court for the Western District of North Carolina made the cover of People magazine. Congress later incorporated the ruling into an amendment to the statute.

Gordon calls the case “a life-changer.”

“Gigi was committed to providing herself and her team with a healthy work-life balance before it was a common HR process,” Gordon said. “She’s dedicated to improving herself as a lawyer and improving her law firm.

“We have cultivated an outstanding team that is truly committed to our clients’ safety, security, and success – giving them the ability to live and work where they want to and the freedom to come and go as they need to,” Gordon added.

They have fostered within their team a sensitivity to not only their clients’ unique situations, but to the broader politics surrounding immigration. Gardner and Gordon both have been vocal advocates for comprehensive immigration reform. They offer their time and services to various causes in their communities and encourage their employees to do the same.

Gardner Gordon’s vision is to be a holistic law firm for immigrants – meaning that they focus on their clients’ ongoing needs, instead of just representing them on one specific matter and moving on. They emphasize that the human side of lawyering is even more important than the legal research and strategizing.

“The human aspect of what we do goes way beyond the incredible amount of legal knowledge and skill required to win our clients’ cases,” Gardner said. “Sometimes the most impactful thing we can do for a client is simply to listen to everything that they’re going through. Because it can be a lot.”
Gordon’s background is more with business clients, but that doesn’t make his approach any less personal. “Clients look to us for safety and security,” he said. “We constantly communicate with our clients, comfort them, empathize with them, and assure them they’re in the best hands and everything’s going to be okay.”

For example, when a corporate client wants to hire the firm to bring over a foreign worker, they consider the circumstances of that employee’s whole family. “We evaluate the whole family’s immigration status. We consider how old the children are, where they’re currently living, and how much time they have left on their current visa. We want to make sure we don’t overlook a family member just because we’re focusing on a business visa,” Gordon said.
“Our people skills are what brought Alan and me together and what set us apart from the crowd. We care deeply about our clients and have baked that compassion into the DNA of our practice,” said Gardner.

“We foster a warm closeness with our clients, even our corporate clients. It’s not a cold transactional kind of relationship,” Gordon said. “We advise them of the best strategies that will benefit the employers, employees, and their families alike.”

They’ve done visa work with companies across the biotech, pharma, and textile industries. They have helped many a foreign company establish a stateside base of operations, aiding in the transfer of executives, managers, and people with specialized knowledge.

“We’ve done doctors, nurses, and all kinds of industries. NFL and NHL players, ballet and opera performers and directors,” said Gordon. “The breadth of industries we’ve worked with allows us to look for creative angles for winning a case.”

As small business owners themselves, they understand firsthand that a company’s employees are their most valuable asset. “Alan has a big heart and so do I, and I think that’s one of the reasons we get along so well,” said Gardner.