Generation Justice: The Failures of a Broken System 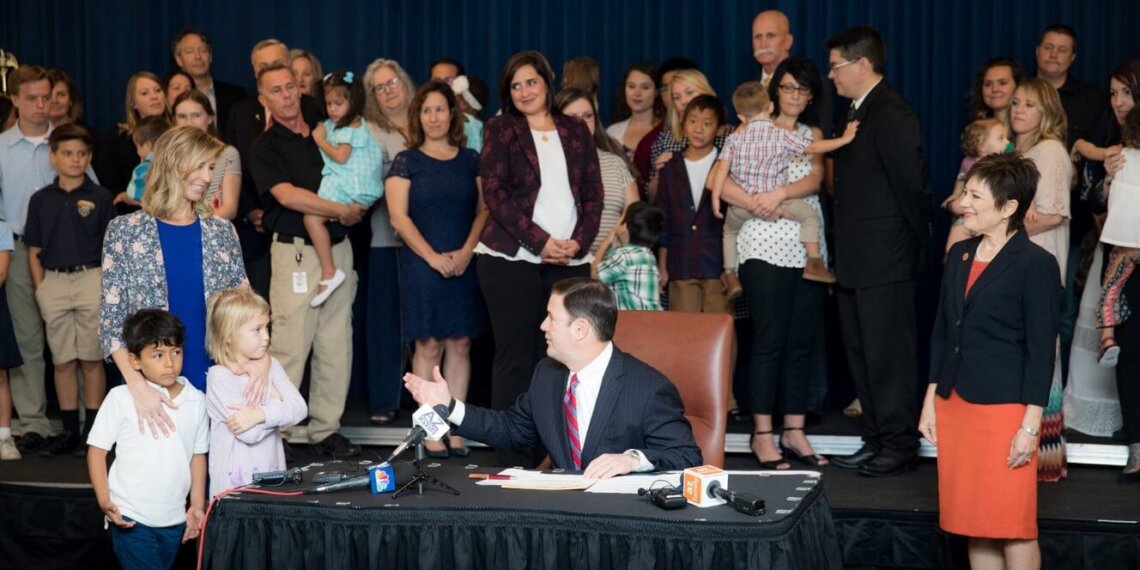 Dylan was born addicted to drugs. For his safety, he was placed in a foster home at birth, but returned to his parents after just 12 days. Dylan then endured fractures on both sides of his skull, an arm broken in three places, a fractured leg, broken ribs, and soft tissue hemorrhaging in his right chest wall. After torturing the infant, Dylan’s parents threw him to bottom of a 30- foot well to die.

The attorneys and staff at Generation Justice read horrifying stories like Dylan’s every day. As part of their mission to advance the legal rights of children, they read about abused children, missing kids, sexually trafficked children, and kids trapped for years in a system that is supposed to be safe and temporary.

It is neither safe nor temporary. Dylan is just one example.

Generation Justice aims to mend a system so broken that is leaves children to die at the hands of known offenders.

CEO Darcy Olsen founded Generation Justice after an award-winning 16 years in public policy – and with a foster baby on her lap. She founded Gen Justice after witnessing, firsthand, the many failures of the system as a foster mother to 10 children over 10 years. Some of the failures were minor, like preparing for an infant boy foster placement and receiving a baby girl. But some failures can be fatal, like the decision to prematurely place a child back with parents addicted to heroin or meth.

The first to come aboard the new organization was Attorney Rebecca Masterson. An accoladed litigator, writer and entrepreneur, Masterson also had a connection to foster care. Her oldest son, Isaac, entered the foster system when he was 4 years old. Thirteen years and 40-some placements later, Rebecca adopted him into her family just months before he aged out of foster care. Prior to adoption, Isaac believed his best chance at survival after exiting state care was incarceration. Now, he is a member of the United States Army.

Olsen and Masterson quickly realized that the underlying problem with foster care is that the children lack adequate legal rights and protections. They got to work on strengthening laws for children’s safety and protection and developing laws that place children into families quicker.

In less than two years, Generation Justice has spearheaded the two omnibus child welfare reform packages in Arizona. This past spring, Georgia followed suit and adopted a Gen Justice model reform. Together, these laws serve over 30,000 children. These laws improve the safety for children in the most dangerous situations, like Dylan, expedite the search for a child’s relatives, and reduce the time to adoption by half for teens, among other advances.

Of critical importance, Generation Justice serve as a check on child safety agencies by enforcing the laws and providing free lawyers in abuse cases. The Generation Justice Law Clinic, launched in August 2018, is on track to help more than 200 Arizona foster children this year through direct representation, advocacy and advice and trainings.

On the horizon for Generation Justice is a push for additional protections for the infants and children devastated by the opioid and meth crisis in the country, like Zaiden

Zaiden, 2 years old, was living with known meth users. After 22 calls to 911 and a child safety investigation, law enforcement found Zaiden in his crib, dead. Dehydrated and malnourished, Zaiden weighed only 15 pounds. His body showed the telltale signs of physical abuse and his arms were zipped to his sides in a pair of pajamas, the little sleeves tied tightly at his throat, asphyxiated. He was already decomposing by the time he was found.

Every 15 minutes, a baby like Zaiden is born addicted. These infants are frequently sent home with known drug users with inadequate protections in place for their safety. Generation Justice asserts that every infant born exposed to illicit narcotics should have judicial oversight to monitor their safety.

In addition to the flood of substance-exposed infants, Masterson was startled to learn that over 100,000 foster children have gone missing in the last 19 years. Sixty-five percent of child sex trafficking victims recovered from an FBI raid of 70 major cities were children from foster care.

Generation Justice added provisions to find and protect missing children and keep them from exploitation to its reform agenda.

While Arizona-based, Generation Justice works with legislators and child welfare activists in other states. Gen Justice is developing a blueprint of child welfare laws for other states to adopt and every reform puts the safety and stability of children at the forefront of the law. “We cannot protect Dylan. And we can no longer protect Zaiden,” Olsen says. “But with adequate legal rights and protections, our attorneys and supporters aim to protect the remaining half a million abused children currently in foster care.”